"Saved by My Feet": Back from the brink, once close to death, Tom McGrath has dedicated himself to running to help people. 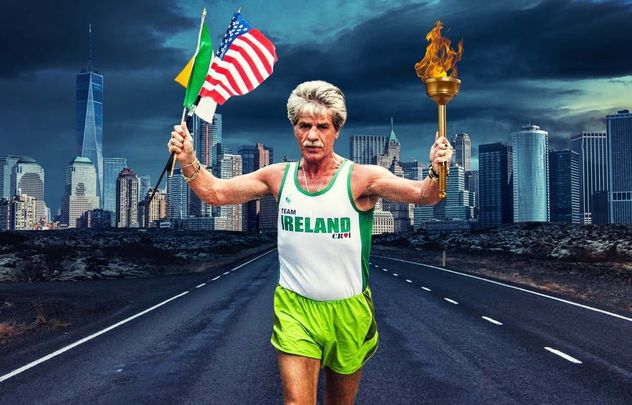 Tom McGrath (71) a recovering alcoholic will run 100 miles this November to raise money for the 9/11 first responders and their families.

The County Fermanagh ultra-runner, dubbed the "Irish Forrest Gump", will raise funds for 9/11 heroes and their families with his latest challenge, coinciding with the release of "Saved by My Feet", a documentary of his own battles with alcohol.

In 2010, Tom McGrath has days to live. The famous ultra-runner, who'd broken the record for the fastest Trans-America run, was drinking himself to death. Given a second chance after a major health scare he has since run thousands of miles for charity. Now, McGrath, born in Ederney, County Fermanagh, plans to run 100 miles in three days, culminating in the 2021 New York City Marathon.

McGrath is a former all-Ireland footballer and a pioneer of the sport of ultra-running. He is now the owner of The Black Sheep, a restaurant and pub in midtown Manhattan.

This November McGrath will run three marathons in three days at the Central Park Reservoir, following that by running the New York City Marathon. This running feat will coincide with the release of “Saved by My Feet,” a documentary of his own battles with alcohol, McGrath hopes to raise awareness for those who struggle with addiction and for the NYC-based charity Tunnels 2 Towers.

In 2010, Tom McGrath had 10 days to live. The famed ultra-runner had once crossed the United States on foot faster than anyone on record. The Fermanagh man had carried the Olympic torch through the streets of Manhattan. He’d emigrated to the United States from Ireland and started a string of successful bars. Now, he had drunk himself into oblivion. “If I get out of here,” he told the doctor at NYU, “I’m going to run. I’m going to run to help people.” 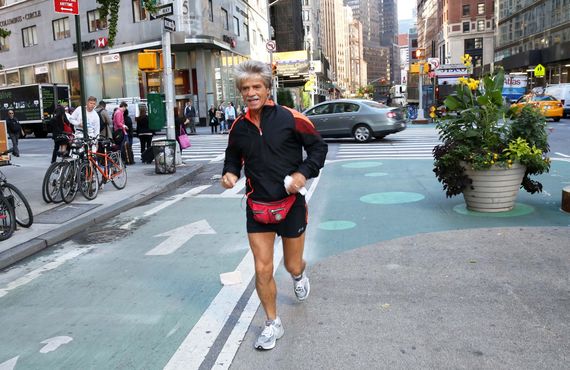 Fate shined on McGrath and since then he has run thousands of miles for charity. He helped Achilles Kids get shoes for underprivileged children. In 1989, he ran 1,000 miles around Central Park’s reservoir for Project Children. He would repeat the feat four more times: three for the pediatric unit at Memorial Sloan and once for UNICEF. Now, in 2021, he will raise funds for Tunnels 2 Towers, a NYC-based charity for first responders of 9/11.

Now 71, McGrath is attempting to inspire a new generation. On Oct 15, a documentary on the highs and lows of his struggle will go live on iTunes and Google Play. “Saved by My Feet.” He will follow that in November with a string of marathons that most runners half his age would find outrageous.

Like many, his business took a hit during Covid, only re-opening this August. He’s had to fight to keep his bar and his sobriety alive. His hope is to show that no matter your age, no matter your struggle, you too can do something great if you just go the extra mile.

Funds raised by McGrath will to the Tunnel to Towers Foundation, on the 20th anniversary of the Trade Towers attack. This much-needed money will go to first responders widows and important initiatives to help all the families of those killed in the attacks.

The Tunnel to Towers Foundation is dedicated to honoring the sacrifice of FDNY Firefighter Stephen Siller, who laid down his life to save others on September 11, 2001. For 20 years the Foundation has supported our nation’s first responders, veterans, and their families by providing these heroes and the families they leave behind with mortgage-free homes. 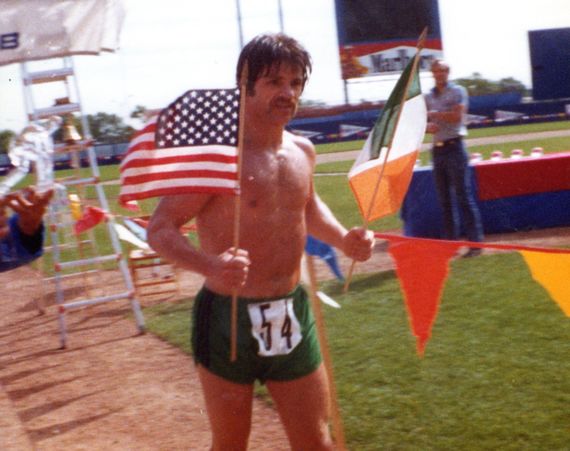 You can donate to Tom McGrath's incredible challenge and cause here.