Why do Irish people care about the British 'royals'?

Given the recent controversy over the RIC commemorations, it's hard to understand the complete obsession with Megan and Harry in Ireland. 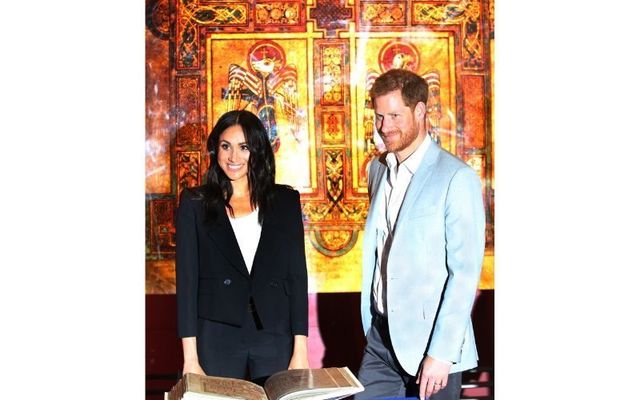 Megan Markle and Prince Harry during their visit to the Book of Kells, at Trinity College in Dublin. RollingNews

Given the recent controversy over the RIC commemorations, and given Ireland's dark history with Britain it's hard to understand the complete obsession with Megan and Harry and the Royals in general.

Michelle from Mullingar was very upset. So much so, in fact, that she took to the national airwaves this week to tell the Irish people about the extent of her worries.

She had a lot to get off her chest. Michelle, you see, was deeply disturbed by the latest ructions within the British royal family and wanted radio listeners across Ireland to know how bothered she was by the pending departure of Prince Harry and Meghan Markle.

The couple had shocked the world by stepping back from “royal duties” in order to divide their time between Britain and Canada.

In Ireland, if you are of a certain vintage, you can “talk to Joe” on a weekday afternoon. Callers to Liveline on RTE Radio One ring Joe Duffy to share their problems and thoughts on current issues every Monday to Friday afternoon.

None of them seem to find it ironic that the presenter of the show gets paid a handsome €416,893 per year to listen to and discuss their day-to-day problems.

Some callers want to talk about homelessness, the health care crisis, or broken relationships, but for Michelle from Mullingar the pressing issue this week was “Mexit” and the threat it poses to her beloved British royal family.

The idea that Prince Harry and Meghan, his American-born wife, were seeking to step down as senior royals was just too much for Michelle. She told stand-in presenter Katie [Hannon] that, like thousands of people around Ireland, she was fascinated by the British royal family and tracked their every move.

Michelle, who has spent quite a lot of time in London, told Liveline that she had managed to meet Princess Diana, Harry’s late mother, a staggering 37 times. She used to stand and wait for her outside public buildings in the British capital before Diana’s untimely death in a car accident in Paris in 1997.

She has even put on an exhibition of her photographs of Princess Diana, which proved hugely popular with her Irish friends. 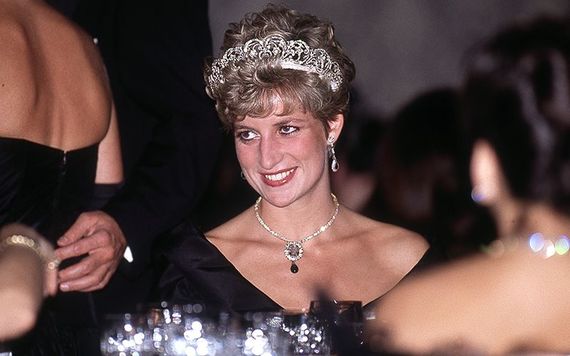 But now she wanted to talk about Harry and Meghan. With Brexit, a General Election, and a climate catastrophe looming, and Ireland in the midst of unprecedented homelessness and health care crises, Michelle was really bothered by the idea that the Duke and Duchess of Sussex could split the royal family.

Wax replicas of the couple were even removed from Madame Tussauds in London after they dropped the “bombshell” that they were about to step down as “senior royals”, the radio program heard.

Some comedians in Ireland have argued that it is great to see a couple who have been living off State benefits finally break away and forge new, independent lives away from their extended family.

The fantastic satirical website, Waterford Whispers News, said there was shock across the globe at the dismay of British people because a foreigner actually wanted to leave their country.

After all, much of the Brexit debate over the past four years has been about British people “taking back” their country from foreigners in order to make it great again!

The traditions of the British Monarchy

But this idea that the Duke and Duchess of Sussex would consider walking away from the royal family really bothered our Michelle. 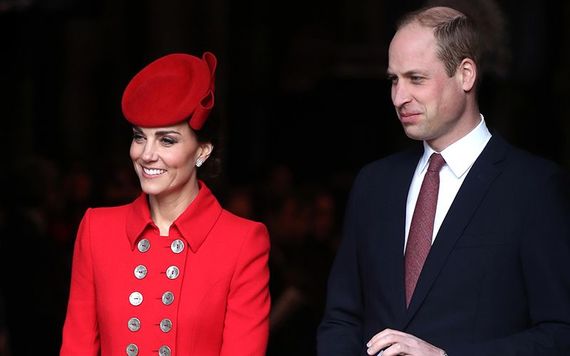 Traditional Kate and William can do no wrong!

Thanks to the tabloid media in the UK, Michelle seemed to know quite a lot about Harry and Meghan. Such as the scandal which arose when they failed to announce where their son, Archie, was born.

She contrasted how secretive these royals were with Harry’s brother, Prince William, and his English-born wife, Kate Middleton, who seemingly can do no wrong.

“I think some of the things they have done since they got married have been ill-judged, such as nobody knowing where their son Archie was born. The Royal Family is all about tradition. Would it have been a big deal to make the announcement like William and Kate did?”

When pressed by the presenter, Michelle admitted that she was “not a big fan” of Meghan Markle. It seems the mixed-race Californian woman, a hate figure for the tabloid press in the UK, is not quite as popular as Kate, who is regularly described in glowing terms in the British media.

Prince Harry has even suggested that racism is at the heart of the UK media’s antipathy to Ms Markle, which is in such contrast with how the tabloids fawn over Kate Middleton.

Even if there was no racism involved, it is astounding to note how much interest ordinary Irish people take in the personal lives of the British royals.

“I’m not particularly a fan of Megan. I don’t think she’s authentic and that Harry has made a big mistake,” added Michelle. 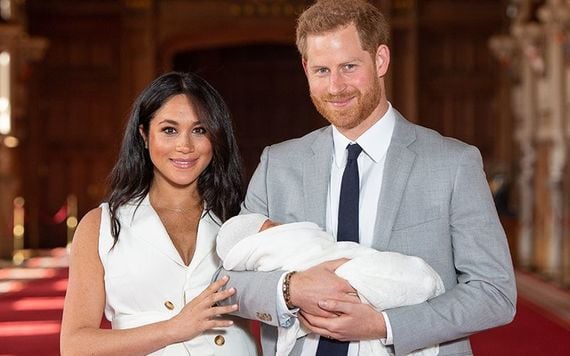 Megan and Prince Harry photographed with their baby Archie.

It is surely one of the strangest things about modern Ireland that so many people in a former British colony, which fought for freedom so long, know so much about a so-called “royal family”.

We have done a lot of things wrong in the Republic of Ireland since breaking free of the British Empire in 1922, but surely one of the best of them was the abolition of the concept of a hereditary royal family.

President Michael D. Higgins might not be completely in touch with ordinary people, but we did vote for him in 2018 and he won’t be able to pass on the trappings of power and his plush mansion in the Phoenix Park to his adult children.

He also cannot refer to the people of Ireland as his “subjects”, when we are all citizens with equal rights according to the Irish constitution.

Most Irish people have a keen awareness of the damage and injustice inflicted on the world by the British Empire, which is why they forced the Irish Government into an embarrassing U-turn over controversial plans to commemorate the Royal Irish Constabulary – the despised police force during the last days of empire – two weeks ago.

And yet some of us are strangely infatuated by these “royals”.

When you look at how elements of the US press, such as tabloid hack Piers Morgan, treat the royals it is hard not to have some sympathy with Meghan Markle.

If she wants to know the terrible cost of intrusion by the British tabloids, all she has to do is talk to her husband about the death of his mother when he was just 12 years old. The fatal car accident in Paris would not have occurred if she was not being chased by the paparazzi at the time.

Former CNN host Piers Morgan, like many British journalists, seems to be obsessed with the Duchess of Sussex. He has written at least 19 articles criticizing her. This week he referred to Meghan and her husband as “two spoiled brats” who are holding Queen Elizabeth “to ransom”.

Over the past week, the British media have been dominated by the Queen, Mexit, and “emergency peace talks” among members of the royal family. Meghan and Harry’s “bombshell” has even been described as “a war”.

Given how ridiculous the concept of a royal family seems in 2020, and the cost of sustaining them in their palaces and state homes, it is amazing that there has been no real debate about abolishing the monarchy in Britain.

And, given the hostility, she faces in the British press, who could blame Meghan Markle for seeking to protect her young family by escaping to North America?

Just don’t say that to Michelle from Mullingar, and thousands of others like her in Ireland, who are so obsessed by the “royals” that they have forgotten their own history!

* Ciaran Tierney won the Irish Current Affairs and Politics Blog of the Year award. Find him on Facebook or Twitter here. Visit his website here - CiaranTierney.com. A former newspaper journalist, he is seeking new opportunities in a digital world.