Ireland is to be the largest beneficiary of the European Commission's €5.4 billion Brexit Adjustment Reserve fund. 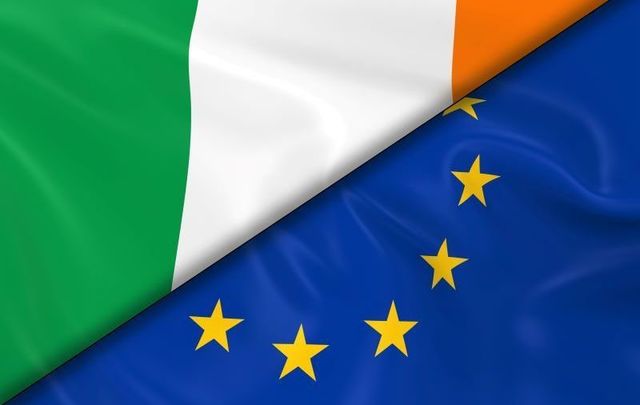 Ireland is set to get a massive cash payment from Brexit.

Although complicated talks between the EU and the U.K. continue, with a hard border a continuing threat in Ireland, the country is still set for a payout of more than €1 billion.

The European Commission has approved a €920.4 million subsidy to Ireland over the next two years as part of what’s called the Brexit Adjustment Reserve fund. That was set up to ameliorate the economic impact of the UK’s exit from the EU.

Ireland is to be the largest beneficiary of a €5.4 billion emergency fund as it is deemed to have been the hardest hit by the disruption to trade from the new arrangements. It is also the first member state to receive funding under the initiative.

In total, Ireland will receive €1.16 billion from the fund. The balance, estimated to be €244 million, will be paid in 2025 once expenditure incurred between January 1, 2020, and December 31, 2023, has been accounted for, the Department of Public Expenditure and Reform confirmed.

The department said on Monday the fund would be used to help counter the adverse economic and social consequences of Brexit in areas such as enterprise supports, supports for the fisheries and agri-food sectors, reskilling and retraining and checks and controls at Ireland’s ports and airports.

European commissioner for cohesion and reforms Elisa Ferreira said, “Brexit has had a negative impact on many people’s lives. Within the EU, it is the people in Ireland who feel it the most.”

The commission said it expected to adopt Brexit Adjustment Reserve decisions for the other EU member states in the coming weeks.

Meanwhile, the Irish government now puts the likelihood of the U.K. triggering Article 16 of the Northern Ireland protocol at 50:50. The protocol is intended to ensure there is no longer a hard border on the island of Ireland. Britain, in an on-off-on-again basis, has threatened to press the Article 16 button which would collapse the deal if difficulties persist.

One Irish diplomat told RTE’s EU correspondent Tony Connolly, “London has been taken aback by the Democratic Unionist Party’s under-performance in going into elections, and by the rise of Sinn Féin in the south. So those two things might lead to some form of arithmetic in London that they need to trigger regardless.”

Connolly says his sources tell him that U.K. Prime Minister Boris Johnson has given his Brexit negotiators a mandate to negotiate through December to see what kind of agreement emerges.

Then they are likely to decide in the first two months of 2022 whether they think it's satisfactory, or whether they’re back to pressing the Article 16 button.