Majority in Northern Ireland believe Protocol is a "good thing"

A study from Queen's University Belfast finds 52% of people in Northern Ireland believed the Brexit Protocol is a "good thing" for the region. 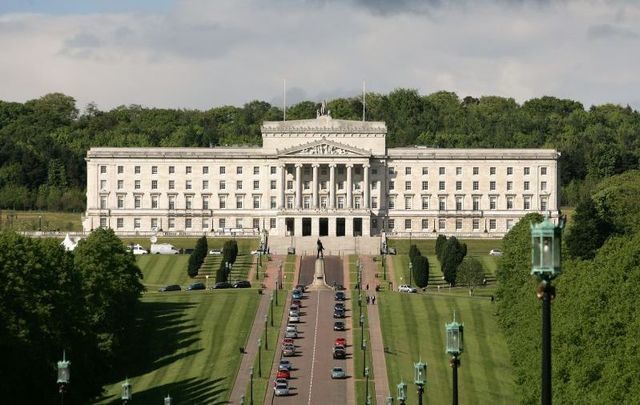 The majority of Northern Irish people now positively view the Northern Ireland Protocol, according to a recent poll conducted by Queen's University Belfast.

Meanwhile, 67% of respondents said that they believed the arrangements for Northern Ireland were necessary to manage to effects of Brexit.

The survey was carried out between October 8-11 and consulted 2,682 voters across Northern Ireland who are interested in politics and likely to use their vote.

The results of the LucidTalk opinion poll, conducted on behalf of Queen's University Belfast, were recently published and showed an increase in support for the Protocol since June when just 43% of respondents supported it.

Amongst the key findings of the recent poll, the authors say: "Opinion on the Protocol continues to be deeply divided. However, whereas opinions with respect to the Protocol and its impact and implementation remained essentially unchanged between previous polls in March and June, the latest poll reveals some shifts in opinion."

Professor David Phinnemore, one of the authors of the report, told The Irish Times: "Immediate priority concerns relate to the future availability of medicines and increased paperwork for and restrictions on bringing goods into Northern Ireland from Britain."

The research additionally found that support for the Protocol has increased by 9% since the last poll, while the number of people who believe that the Protocol provides Northern Ireland with a "unique set of post-Brexit economic opportunities" also grew by 5%.

A significant 87% of respondents said that they didn't trust the British Government's ability to manage Northern Ireland's interests regarding the Protocol.

Northern Irish representatives were the only politicians trusted by the majority regarding the Protocol, with 54% of respondents stating that they trusted local politicians.

Professor Katy Hayward said that the poll was "an important indication of the views and concerns of the people in Northern Ireland" given recent talks between the EU and the UK over the Protocol.

"The UK and the EU have a crucial opportunity now to restore trust and confidence across communities in NI, as well as to address the issues that have arisen since the end of the transition period that matter most to people here."

The Northern Ireland Protocol, which aims to prevent a hard border on the island of Ireland, has been a source of controversy since its inception during the Brexit Withdrawal Agreement.

Unionist communities believe that the Protocol threatens Northern Ireland's position within the United Kingdom because it has created a trade border down the Irish Sea.

Opponents of the Protocol also argue that it has created trade disruptions between Northern Ireland and Great Britain because of increased checks and regulations.

The EU's rules require certain products - such as milk and eggs - to undergo inspection when they arrive from non-EU countries, while products such as chilled meats aren't allowed at all.

Northern Ireland continues to follow the EU's rules on product standards under terms laid out in the Protocol, meaning that products arriving into the region from England, Scotland, and Wales must undergo inspection.

Inspections take place at Northern Irish ports, leading to criticism from unionists that the Protocol has simply created a new border in the Irish Sea.

However, the latest poll appears to suggest that opposition to the Protocol is declining among Northern Irish voters.