A fearless and heroic priest of The Troubles passes

Father Des Wilson was a true pastor of his people, the under-siege community of Ballymurphy during The Troubles. Many Irish Americans remember him as a heroic figure. 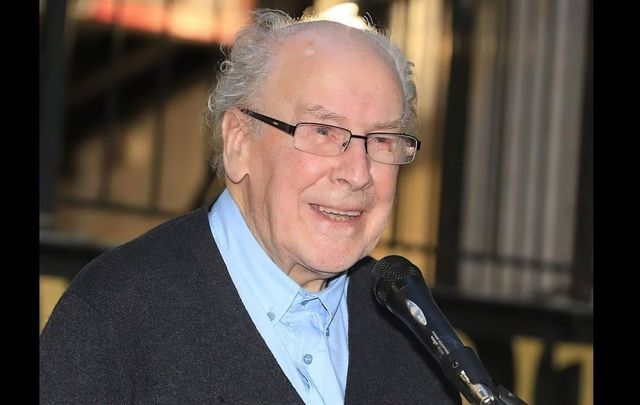 Father Des Wilson was a true pastor of his people, the under-siege community of Ballymurphy during The Troubles. Many Irish Americans remember him as a heroic figure.

When the news of Fr. Des Wilson’s recent passing reached America, my thoughts returned to a rainy Belfast night in February 1993 when I and 22 other lawyers, activists and judges first encountered the “People’s Priest”.

We had come to Belfast at the invitation of the families of the Ballymurphy Seven and Beechmount Five. These cases arose from attacks on Royal Ulster Constabulary (RUC) and military patrols in which the Crown alleged, without independent evidence that the Irish teenagers acted as lookouts for the Irish Republican Army (IRA). The boys were arrested, detained and interrogated at Castlereagh Center and subsequently jailed at the Crumlin Road adult jail which dated to the time of Queen Victoria.

To say that we entered a city on edge would be an understatement. Armed cars, British Army foot patrols, and RUC Land Rovers flooded West Belfast, particularly Ballymurphy and Beechmount. Our group of Americans was viewed by the authorities as meddlers or IRA sympathizers.

Having been stopped and searched on our way up the Falls Road, we were in a dark mood as we made our way into the Springhill Community House to meet the families of the imprisoned teenagers. But all that changed when we met Fr. Des, a man with a smile, a warm handshake to each and welcome to Ballymurphy.

With the assistance of members of the community, Fr. Des introduced us to the parents of the boys, served tea and laid out plans for the week. We learned that each lawyer had been assigned one of the teenagers at the “Crum” and all were anticipating our visits in the next days.

Fr. Des concluded the evening with Mass and a personal blessing to each of the “American friends” who had come to be part of the community. For that was another aspect that Fr. Des arranged. No stay at the Europa Hotel for these guests but rather lodging was to be in the homes of the good people of Ballymurphy and Beechmount.

Over the course of many visits with Fr. Des and the Ballymurphy community, I came to understand his strength. He was not intimidated by the high and mighty because for him every person, no matter how humble their circumstances, was mighty. He put into practice the teaching of Jesus that when you cared for the least among us, you cared for him. And to Fr. Des, everyone was special.

This special quality may explain why Fr. Des was relevant to young and old in a time of trouble. When the political representatives of the Republican people were censored and shunned, Fr. Des was a beacon of strength. He literally spoke truth to power and often the powerful were not pleased with what he said. That message was that the Irish people have a right to justice in their homeland. That no one should be insulted, brutalized or imprisoned because of who they were, the language they spoke or the church they attended, or not attended.

The good people at Springhill House promoted the education of the young, especially those who had left school without a certificate. What would be a parlor in most homes, Fr. Des had turned into a classroom. He was quite happy to share tea and biscuits with friends and visitors in his entrance suite. And engage in spirited conversations with judges, teachers, military veterans and teenagers including my son, Liam, with whom he formed a lasting friendship. And Fr. Des helped develop a special bond between my wife, Aud, a nurse from Norway, and the mothers of the boys held in the Crumlin Road Jail.

And so Fr. Des has passed on. But I am confident that his spirit will live on in the strength and good works of the people of Ballymurphy and Belfast and beyond.
Fr. Des’ guiding principle will be their inspiration:

Better to Light One Candle Than to Curse the Darkness.

Read more: US edition of the Photo Album of the Irish to be launched in New York

* Edmund Lynch served as National Coordinator of The Lawyers Alliance for Justice in Ireland from 1992 through 2004. The Alliance was a group of more than 100 American lawyers, judges, teachers, and activists who joined with Irish lawyers and activists in the North of Ireland to investigate and seek redress in cases of injustice prosecuted by the British Government in the Diplock Court system.