To demonize today’s migrants is to do the same to your Irish great-grandparents. 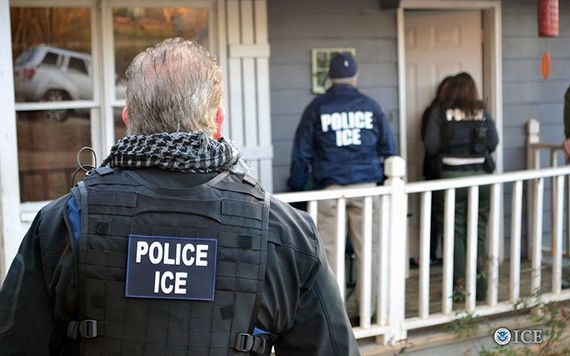 The Washington Post last week ran a commentary about immigrant “deportations,” which “were part of a strict new policy introduced with strong support from the voting public.”

The Post added, “Sixteen immigrants were rounded up and sent 3,000 miles away to their country of origin. Five of them were women with an average age of 71. They complained – in vain – of the hardship of being forced to leave a country where they had lived for 40 years…the year was 1859, and the immigrants were Irish.”

The author is Sean Connolly, a “visiting research fellow at the Institute of Irish Studies at Queen’s University Belfast.”

It would certainly seem this is the right fellow to give us some perspective on the mess we’ve made of our immigration policy, as conservatives shout about what’s going on at the Texas border, then liberals shout just as loudly about busing some of those same migrants to various US cities.

Connolly informs us that Irish immigrants in the past were “dispatched from Boston to Liverpool and from there on to Ireland. They were victims of the Western world’s first great immigration panic, provoked by a spike in the number fleeing famine and political upheaval on the other side of the Atlantic.”

We’re meant to see that today’s suffering migrants from Mexico and Venezuela are merely traveling the same desperate path as millions of starving Irish immigrants. And that to demonize today’s migrants is to do the same to your Irish great-grandparents.

Of course, it’s awful to hear various lunatics talk about today’s immigrants as if they’re rabid animals. Of course governors like Greg Abbott and Ron “I was doing great until this damn hurricane” DeSantis are using migrants as pawns in a gross political stunt.

But to get as lost as America is on immigration is no easy task. It takes all hands on deck. Simply basking in the moral satisfaction of condemning cruel conservatives covers only about half of the reasons why Americans are so messed up about immigration.

For all of the rage aimed at the Irish, Connolly argues that by “the mid-20th century, attitudes about the Catholic Irish American – as seen for example in popular films like 1944’s Going My Way – were positively benign.”

Really? Because I seem to recall one or two bad things being said about Irish priests – and nuns, and cops, and Tammany politicians, between the Bing Crosby era and 2021.

But those are seen as the “crude…prejudices” Connolly outlines. That’s just speaking truth to power, right?

But that, too, is part of the immigration process.

You can’t weep over woeful immigrants, then act shocked – shocked! – when their grandchildren don’t all think and vote with the sensitivity of graduate students in ethnic studies.

Many enlightened progressives also want to build a wall. They just want to go back in time to keep out families named Hannity or Alito – or DeSantis.

Conservatives are deplorably comfortable with 21st-century migrant suffering. But liberals are not much better in their very comfortable assumptions that only, um, European Americans are capable of deplorable behavior.

Those poor helpless Famine Irish built the railroads, but they also gave us Father Coughlin and Joe McCarthy. Just like today’s desperate migrants are going to give us a whole new cast of demagogues with “crude prejudices.”

Just this week, secret tapes of a meeting between LA power brokers revealed very casual use of very racist language – in Spanish.

“We’re like a little Latino caucus of our own,” one attendee was heard bragging.

Could you imagine a bunch of Irish pols saying such things? What with their own history of facing discrimination and dehumanization?