Death of an Irish neighborhood as Woodside, Queens' Irish fading away

Since the 1965 US Immigration Act, it has become harder and harder for Irish to settle in America and this community is showing its age. 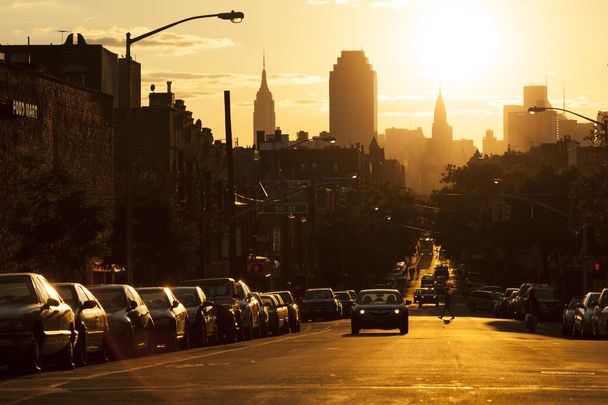 A view from Woodside Queens, looking back on Manhattan, in New York City. Getty

Once a vibrant thriving Irish community, the lack of visa opportunities is seeing less and less young Irish settling and the older generation fading away.

In 1964, Kenneth Natton was looking for something new. So, at age 18, he decided to move from County Longford, in Ireland, to New York. He went to the Embassy and paid the $30 fee, and moved. After the mandatory five-year waiting period, he became a naturalized U.S. Citizen.

“It was automatic,” he said. “You didn’t need a lawyer back then. It was easy.”

“I got in under the wire,” Natton said.

Now, Natton is in the same position as many other Irish immigrants: he is one of the youngest members of a once-vast, aging community. Since 1965, changes to immigration law, along with developments in the rest of the world and improving conditions in Ireland, have sharply reduced Irish immigration to the United States, and neighborhoods that once had vast Irish presences today maintain only hints of what they used to be.

In Woodside, once nicknamed “Irishtown,” the Irish community is still represented by Irish bars and restaurants, but there are few Irish people to enjoy them. And without further immigration reform, said Siobhan Dennehy, executive director of the Emerald Isle Immigration Center in Woodside, the downward trend will only continue.

“They followed the trail,” she said.

“Many men came over and worked as laborers,” she said. “Including my dad.”

Chris Boles moved from Sligo, on the coast of Ireland, to Canada in 1956, and to Woodside the year after that. He came to Woodside, he said, because he saw other Irish people settling there.

“The Irish tend to follow the crowd,” he said. “They went to Maspeth or Sunnyside, but Woodside was kind of a center for them.”

Dennehy, meanwhile, explained another important factor: transportation. “There was a huge boom out to Queens as soon as the subway was built,” she said. Then, in the 1920s and ‘30s, Colleran-Sprague said, once Irish movement into the neighborhood started, it didn’t stop: Irish immigrants followed their families.

Kathleen Dignan, for instance, came from Galway, West Ireland to Brooklyn at age 16 in 1957. She lived with her uncles in Brooklyn, then bought a house in Astoria. She moved to Woodside in the 1980s and has lived there for 32 years.

“We had the generation before us, that claimed us,” she said.

After the Immigration Act, however, immigration became much more difficult. Even today, after legislation in the 1990s meant to reverse some of the harms to the American Irish community after the passage of the 1965 law, immigrating from Ireland to the United States is extremely difficult, Dennehy said. It is no longer enough to simply pay a $30 fee, or to be sponsored by a distant relative.

“There are a couple of options that exist, but they’re all very challenging,” Dennehy said. For instance, she said, there are H1B visas, which are employment-based. The last three years and can be renewed for an additional three years, and applicants sometimes end up getting green cards when their H1B visas expire.

But as Dennehy said, they’re challenging to get. Ryan McNally, social care manager at the New York Irish Center in Queens, is in the United States on an H1B visa. McNally already had a job at the Irish Center when he applied for his visa, but he still had to return to Ireland to be eligible, and the process took six months. Even after all that, he wasn’t guaranteed a visa at the end — his name had to come up in the H1B lottery.

“It’s a little tougher,” said Joseph O’Mara, who immigrated from Dublin to Boston in 1958 at age 20, and later moved to New York. After immigrating to the United States, O’Mara began working for Irish Airlines. “You need more qualifications. I didn’t have any qualifications.”

“The younger generation don’t come anymore, unfortunately,” Boles said. “So when all the elderly die off, who knows what happens?”

Tighter immigration laws haven’t been the only cause of the Woodside Irish community’s downturn. Also important is the fact that the United States doesn’t present the unparalleled opportunity that it once did, or appeared to — but other countries do.

O’Carroll, Dennehy, and Dignan all said that Australia was now an attractive destination for young Irish people looking to travel or relocate. O’Carroll, in fact, said that he knew many people who moved to Australia specifically because it was easier to move there full-time. Dennehy also said that Ireland’s entry into the European Union has vastly expanded opportunities for education and prosperity.

The result of this combination of factors has been a rapid decline in the Irish presence in Woodside. Once as high as 80% Irish, according to the 1996 book “The New York Irish,” today Woodside does not have a single ethnic majority. According to NYU’s Furman Center, Woodside is 36% Asian, 31% Hispanic, and 30% White.

Boles, sitting on a bench in Woodside Plaza, a small park under the elevated 7 train tracks, gestured at the other benches around him, where he said Irish residents of Woodside had long congregated. “Used to be there were bunches here, you had to decide which one to sit with,” he said. “We’re getting scarce now.”

But, Boles added, “even though there’s no Irish left here, the neighborhood is okay.”

Angela Finnegan was sitting on the bench with Boles. Finnegan came to the United States in 1972 at age 17. She came for a two-week vacation and never left. She got a job as a stewardess for Pan-Am, and then as a teller for Chase Bank. For a long time, Finnegan lived in Manhattan, but six years ago, she moved to Woodside.

“Oh, yes,” she said when asked whether the Irish presence in Woodside played any role in her move. “That’s the reason I came.”

When she first moved to Woodside, she said, “I walked over to this park, met these people who’ve been so nice to me.” She pointed to Boles and to another Irish resident of Woodside, Peter, who was sitting on the next bench.

When she arrived, she said, the Irish were close. She would arrive at Woodside Plaza, and one Irish person would take her around introducing her to all the others.

“There’s not that many introducing anymore,” she said.

But this is her home now, she said. She sometimes misses Ireland, but not as much as she used to.

“When Mom and Dad passed away and you go home and put your key in an empty door,” she said, “it’s not the same.”

* James Schapiro is a freelance writer and reporter. His work has appeared in Baseball Prospectus, The Delacorte Review, and other outlets. He also writes the newsletter Shea Bridge Report. Follow him on Twitter @jschapiro_SBR.