While the health crisis, the presidential election, and the Capitol riots have knocked immigration out of the news of late, expect it to come roaring back. 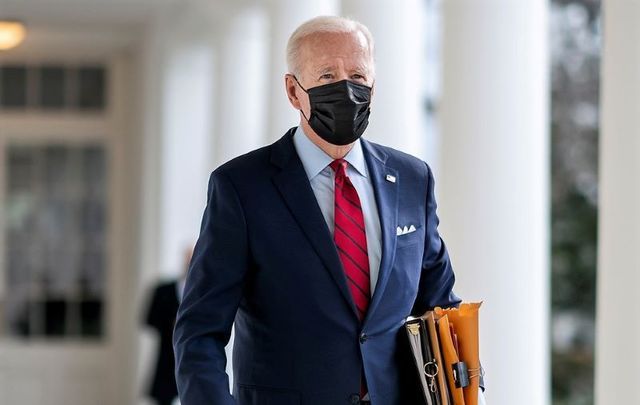 It could be that Kevin O’Brien and Leo O’Donovan play the same role for Joe Biden.

Better yet, it could be that socialist-leaning progressives pose as many uncomfortable questions about O’Brien and O’Donovan as Fox News conservatives.

That's the weird kind of holding pattern we are in these days.

We know Trump-deprived Republicans have been trying to find something -- anything -- to stick like Gorilla Glue to Biden. Some kind of emotional, knee-jerk rage-inducer to make swing voters realize just how corrupt and communist and, well, old Biden is.

They try to link Biden and the Green New Deal to all those power woes in Texas. And Senator Ted Cruz decides it’s time to get away from it all.

Still, expect eyeballs to stay on Texas. First of all, they’ve got lots of problems to fix down there, Cruz among them.

But there’s also that long border with Mexico. And while the health crisis, the presidential election, and the Capitol riots have knocked immigration out of the news of late, expect it to come roaring back.

“Hundreds of migrants crowded the pedestrian border crossing with the U.S. here Friday morning,” the Journal reported, adding that migrants “who had been forced to wait in Mexico for their asylum claims to be resolved” were now being allowed into the U.S.

“Biden administration officials had stressed in English and Spanish communications that only people contacted ahead of time would be allowed in Friday while others needed to register online and wait.

“The admissions are part of President Biden’s reversal of the Trump policy (which) required migrants seeking asylum, many of them families, to wait in Mexican border cities.”

This comes as Democrats introduced a bill, supported by Biden, to provide a path to citizenship for millions of illegal immigrants.

Who needs Hunter Biden when right-wingers have all this to work with?

This is where Kevin O'Brien and Leo O’Donovan, both Jesuit priests, come in. Biden has made no secret of his attachment to many things Irish and Catholic.

O’Donovan has long been a family friend of the Bidens and delivered the invocation at the Biden inaugural.

O’Brien, meanwhile, celebrated a Mass attended by Biden, Vice President Kamala Harris, and other key administration officials before the inaugural.

But O’Brien has skeletons in his closet.

“He served as a chaplain for the Jesuit Refugee Service in immigration detention centers in Los Angeles and worked with migrants on the Arizona-Mexico border,” National Catholic Reporter (NCR) noted a few years back. Probably even spoke to these migrants in English and Spanish!

As for O’Donovan, he, too, worked with the Jesuit Refugee Service.  Oh yeah, he was also president of Georgetown University for over a decade.

Anyway, one wonders if O’Donovan and O’Brien looked like Jeremiah Wright -- heck, if they looked like Harris -- just how loudly Tucker Carlson and his ilk would be howling about these holy migrant-huggers.

O’Brien, by the way, is himself barely even American!

“Born in Canada, O'Brien moved as a toddler with his family to North Beach, Florida, one of three children in an Irish family,” NCR noted.

These people are border-crossing north and south!

Still, before we check and mate the conservatives, it’s fair to wonder how long a certain segment of Democrats will sit quietly while their immigration policy is shaped by a guy who likes to hang with Irish Catholic priests.

After they’ve talked about immigration and Seamus Heaney, what’s next? Abortion? Gay rights?

Maybe a few Republicans and Democrats should get together with Biden, O’Donovan, and O’Brien. And talk about a whole bunch of things.

There may not be a whole lot of rage.