President Biden backs the introduction of the US Citizenship Act of 2021, which could give roughly 11 million undocumented immigrants a pathway to US citizenship. 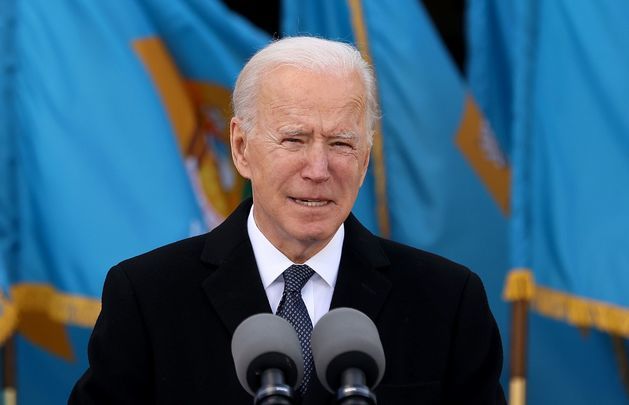 Congressional Democrats unveiled a sweeping immigration reform bill on Thursday that aims to provide an eight-year pathway to citizenship for the estimated 11 million undocumented immigrants in the United States.

The US Citizenship Act of 2021, which could provide undocumented Irish with a pathway to citizenship, was introduced in Congress on February 18 by Senator Bob Menendez and Representative Linda Sánchez, both Democrats.

President Joe Biden sent The U.S. Citizenship Act of 2021 to Congress on January 20, the day of his inauguration. It aims to provide pathways to citizenship and strengthen labor protections, prioritize smart border controls, and address root causes of migration.

"I look forward to working with leaders in the House and Senate to address the wrongdoings of the past administration and restore justice, humanity, and order to our immigration system," Biden said in a statement on Thursday.

"This is an important first step in pursuing immigration policies that unite families, grow and enhance our economy, and safeguard our security."

The truth is the last four years have exacerbated our already broken immigration system. The legislation I sent to Congress will bring about much-needed reform and restore humanity to our policies. I look forward to working with Congress to get it done. https://t.co/35U0J3NgQr

Biden's administration and House Democrats have come under pressure from immigration advocacy groups to swiftly move the bill through Congress, but it is unclear when they will seek to pass it.

The bill includes a fast-track process for immigrants who were brought to the United States by their parents and will also fast-track certain farmworkers and past recipients of temporary protected status, including people who fled wars.

Otherwise, individuals would be in temporary status for five years and will have to wait a further three years before they acquire citizenship if the bill is passed into law.

Undocumented immigrants must have entered America before January 1, 2021, to be eligible for the pathway to citizenship.

The bill would also replace the word "alien" with the term "noncitizen" in US immigration legislation to reflect Biden's values on immigration.

The US Citizenship Act of 2021 also seeks to crack down on smuggling and narcotics at the US-Mexico border, while it also seeks to create legal and safer pathways for migration by setting up refugee centers in Central America.

Republican Representative Linda Sanchez, who introduced the bill alongside Democratic Senator Bob Menendez, said that the bill would countless families in the US.

"I am the daughter of immigrant parents from Mexico. They came to this country and they work hard and they sacrificed every day to provide for me and my brothers and sisters. Their story is like the story of so many others," she said.

However, Democrats face an uphill task in a narrowly-divided Congress in order to sign the bill into law. The bill requires 60 votes in the Senate, meaning that at least 10 Republican Senators will need to support it.

Joe Biden indicated on Tuesday that he would pursue a piecemeal approach to immigration if the bill failed to pass Congress.

"There's things that I would deal by itself, but not at the expense of saying, 'I'm never going to do the other'. There is a reasonable path to citizenship," Biden said during a CNN town hall in Massachusetts on Tuesday.