There are roughly 20,000 undocumented Irish immigrants in the United States, according to estimates. 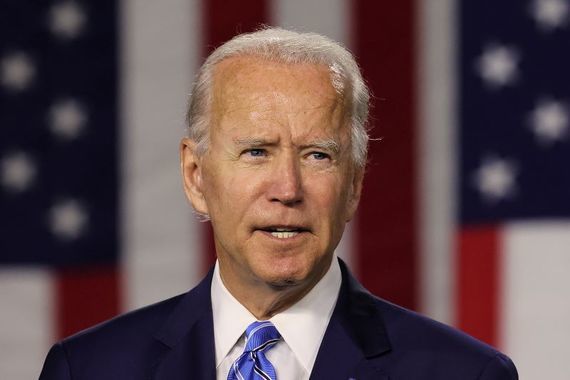 President-elect Joe Biden is set to announce a bold and sweeping immigration reform bill as soon as he enters office on Wednesday that will give 11 million undocumented immigrants a pathway to citizenship, including more than 20,000 undocumented Irish.

Biden plans to immediately push the legislation through following Wednesday's inauguration and met with immigrant advocacy groups on Thursday to outline his immigration, economic, and coronavirus agendas.

Ciaran Staunton, co-founder of the Irish Lobby for Immigration Reform, stated Biden's plan "was what the Irish community has been waiting for for decades."

"We will obviously take nothing for granted because we have been here many times before only to suffer heartbreak.

"But it would be remarkable if our Irish American president was to succeed in passing legislation that would secure the future for so many Irish undocumented and indeed, all undocumented. Now is the time for all ethnic groups to pull together," he said.

Hector Sanchez Barba, an immigration advocate who heads Mi Familia Vota, met with Biden on Thursday and told Politico that the President-elect's plan is the "most aggressive" immigration reform that he has ever seen.

Domingo Garcia, president of the League of United Latin American Citizens, said that Biden told those in attendance that the bill would give a pathway for citizenship to 11 million undocumented immigrants in America, with an eight-year wait as a permanent resident.

Garcia criticized the eight-year wait time and said that he plans to push for a five-year wait instead.

Meanwhile, Jess Morales Rocketto, executive director of advocacy group Care in Action, said that she was "floored" by the level of clarity in Biden's immigration reform plans.

However, Biden told advocacy groups not to hold him to "100 days" to pass the legislation, pointing to impeachment proceedings in the Senate that "could slow things down."

Democrats are also split over the best way to proceed with immigration reform, with some arguing that Biden should do whatever he can to get as many policies passed as possible. Others, however, argue that a true overhaul of the US's immigration system can only happen if Biden introduces everything and once and forces Congress to tackle the issue head-on.

Veronica Escobar, for example, a Democratic Congresswoman representing Texas, pointed to the fact that it would not be long before members of the House were up for re-election and that Democrats could easily lose their slim majority.

"The administration has a very limited window of opportunity before House members begin running for reelection. Every day that passes is a day that the window shuts just an inch more...We’ve got to get it done in one fell swoop," she said.

Some Democrats are also trying to push through legislation that would allow undocumented essential workers to apply for permanent resident status.

Rep. Joaquin Castro of Texas told Politico that he plans to introduce legislation that would allow undocumented essential workers to apply for citizenship in five years, while Sen. Alex Padilla of California said undocumented frontline workers "deserve not just COVID protections and labor protections but the security of a pathway to citizenship".

Democratic lawmakers have also been in "constant communication" with Biden's transition team about how best to proceed with immigration reform.

Other Democrats are calling for a "piecemeal" approach to immigration reform, calling on Biden to do whatever it takes to get certain policies passed as soon as possible.

Rep. Paul Ruiz of California acknowledged that Democrats would have to be "flexible" in their approach if they wanted to pass the legislation into law, while soon-to-be Senate Majority Whip Dick Durbin of Illinois pointed to the Democrat's wafer-thin majority in the House of Representatives in addition to the fact that the Senate was tied 50-50.