The sometimes skewed understanding of European identity in the US

After learning about the "New Jersey European Heritage Association (NJEHA)," Tom Deignan considers Europeans identity in the US. 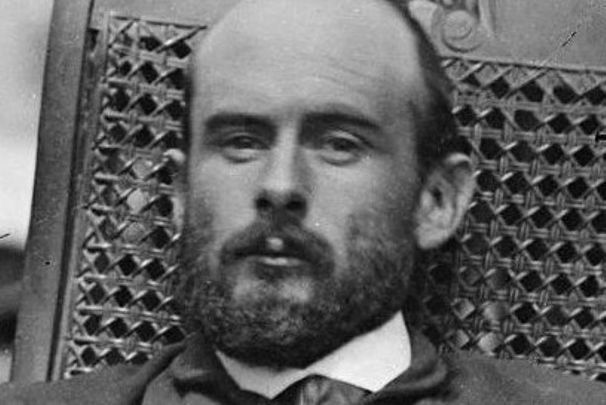 When I read reports this week that a group calling itself the New Jersey European Heritage Association (NJEHA) was doing local outreach, a question came to mind: Are they all about how great Europe is, or how great Jersey is?

*Editor's Note: This column first appeared in the February 17 edition of the Irish Voice newspaper, sister publication to IrishCentral.

“The white European peoples in America are racing towards the cliff of extinction,” the NJEHA website reads.

Unless I missed the links to Bon Jovi, I see where this is going.

“The future of our world is a dark one. The non-whites who will come to replace us will recreate the failed societies they have fled.”

This is a little harsh, no?

Then again, if anyone knows about fleeing messed-up places, it’s Europeans!

Was the Great Hunger an Irish “failure?” Or a British one?

At least NJEHA makes this clear: They “are opposed to violence. We seek peaceful political change.”

Begging the question: Which Europe are these guys talking about?

The Brits, French, and Germans slaughtering each other for bloody mud puddles in the Great War. Civil wars in Ireland and Spain. Dictators presiding over mass murder in Italy and Germany.

World wars so nice, they tried them twice.

Donald Trump may be gone (maybe), but the cultural hangover is going to linger. This idea that we are engaged in a war of superior and inferior races is not going away anytime soon.

The NJEHA wants to know: “Is this what the Founding Fathers wanted? Is this even what your grandparents wanted?”

This includes folks who have co-opted the Celtic Cross as a symbol for white supremacy.

So this Euro-trash could use a reminder that anarchy, chaos, and bloodshed have marked more than a few of the “superior” societies on and off the continent. It’s why so many immigrants from Europe came to the U.S.!

And it’s why Europe was such a filthy word to Americans like Charles Francis Adams Jr.

If you’re getting whiplash trying to figure out who is superior or inferior, don’t worry. It only gets more confusing!

Many of these folks with roots in Ireland or elsewhere in Europe like to pretend their “grandparents” came over on the Mayflower, as “pilgrims” or “pioneers.”

Another “European heritage” group in Des Moines actually admits that Iowa was “settled by European immigrants more than 150 years ago...the Dutch in Pella, the Danes in Elk Horn, the Czechs in Cedar Rapids.”

Obviously, they understand the struggles of today's folks who leave their homelands behind so their children can have a better life, right?

“European immigrants denounced their heritage when they arrived to assimilate to their new home.”

Of course. Unfortunate that a global virus has shut down yet another year’s worth of “St. Patrick’s Denunciation Day” parades.

Like many Ellis Island offspring, these folks convince themselves their grandparents put on cowboy boots and joined the Marines as soon as they set foot in America.

“Their descendants now have a desire to understand where they came from and to celebrate their roots.”

The Des Moines group actually sponsors a host of cultural programs, like “IowaKinder (German for kids!)”

Which is a fitting tribute to their ancestors, who actually had no desire at all to “denounce” their native cultures.

It’s why one magazine at the height of European immigration reported, “If there is any place in America where an American feels that he is in a foreign land, it is in Milwaukee. A drive through the streets is like a drive through a German city. Most of the signs are in German, and...a person unacquainted with the German tongue has some difficulty in making his way about. He is confronted with cab drivers and car conductors who speak only a few words of English.”