What if we are wrong again and COVID is not going away?

When catastrophic change comes it leaves us disbelieving at first and very slow to accept. Such is the way with COVID-19. 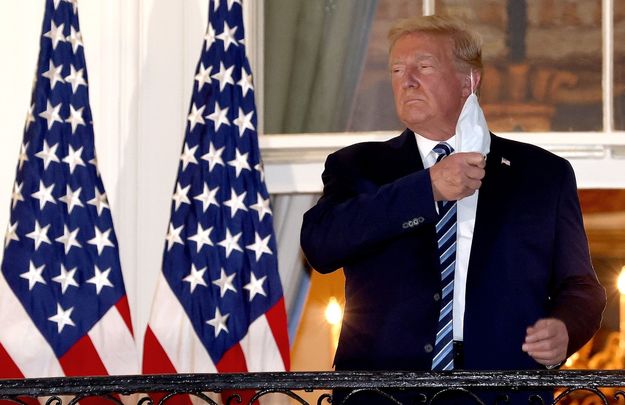 So caught up in our busy lives, we hardly had time for COVID at first, a minor virus that would fade like SARS and the swine flu.

Now as the months march on and COVID is still a feared enemy, we wonder if our concept of time and when we will be rid of it is equally erroneous.

Are we being hopelessly optimistic again?  We essentially went into lockdown in March of this year.

I remember thinking, when this year’s New York City St. Patrick’s Day parade was canceled, that the 2021 version would be a remarkable celebration like the one after 9/11 when we stood in our hundreds of thousands on Fifth Avenue celebrating all that was good after witnessing all that was bad.

Yet as the months tick by a familiar fear is beginning to assert itself again.  What if we can't control COVID by March?  What if the vaccines are shunned by so many that they are not workable?

What if the parade is canceled again as well as all the familiar events that keep us motivated to get out and about all year round?

Time keeps pushing on into the future, but we remain stuck in the present.

New York Governor Andrew Cuomo stated succinctly, “Everyone was wrong about everything” the first time around.

What if we are still wrong and we are inhabiting a time/space continuum that has no final date?

We are regaled with this vaccine and that one, with magic cures used by our president himself. Remember hydroxychloroquine?

False prophets everywhere and that’s our own fault. Like the warning flare of the first bombing of the World Trade Center in 1993 -- we missed the initial signals and a million or so people will die as a result.

We simply didn’t believe a disaster like COVID could happen. Both personally and from reading the lessons of unexpected events, I think we all have a lot to learn.

When the Second World War was being forecasted there was a period where the protagonists, mainly Germany, France, and Britain, did not take it too seriously.  After blundering into World War I in 1914, surely it would not happen again just 25 years later?

The great American reporter William Shirer, based in Berlin for CBS, noted how its citizens hardly discussed it and treated the occasional air raid testings as nothing to be worried about.

It was only when Adolf Hitler invaded Poland on September 1, 1939, that people woke up. Even then a “phony war” existed with little happening until April of the following year.

Germany was sure Britain would sue for peace.  Winston Churchill proved otherwise.

COVID-19 has still not fully sunk in for millions of us.  It’s a virus we first heard about with reports of numerous sick people in a country and a continent far away. It seemed of little danger.

Even when it hit America we were sleepwalking.

And still, Utah Senator Mike Lee, one of the maskless at the Rose Garden super-spreader event who tested positive, refused to wear a mask at Monday’s Amy Coney Barrett Senate hearing.  Back in Lincoln’s day, he would have been a member of the Know-Nothings, a party essentially committed to ignorance as a good thing.  Hello Trump’s GOP.

Gather enough fools like Lee around and COVID may be with us for longer than we think.  It is a wily enemy, and we have more than enough Know-Nothings to spread it.