Voter registration among Americans living in Ireland up 210% since 2016

Democrats Abroad is the official arm of the Democratic Party overseas and has reported a huge increase in voter registration in Ireland. 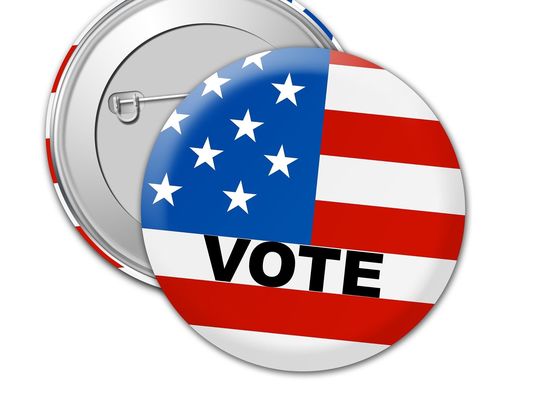 The number of Americans living in Ireland who are registered to vote has increased by 210% since the 2016 presidential election.

Democrats Abroad, the official overseas organization of the Democratic Party, has been helping thousands of Americans living in Ireland to register to vote in the upcoming presidential election on Nov. 3, according to the Irish Examiner.

There were roughly 70,000 Americans living in Ireland during the last election, according to the 2016 census, and Democrats Abroad have reported a huge uptake in voter registration among American ex-pats.

"Voter registration is up 210% from the 2016 elections," Carija Ihus, chair of Democrats Abroad Ireland said.

Ihus said that the organization has been helping Americans on both sides of the political spectrum to vote in November's election and said that Democrats Abroad has been doing far more work to encourage people to vote than in 2016.

"We literally stand on the street, we’ve got American flags and we hold up signs. People come up and they say they’re American and we walk them through the website on their phones. Dublin followed by Galway and then Cork would be the main population areas for Americans living in Ireland," Ihus told the Irish Examiner.

Americans living abroad can vote in the upcoming election by using the website votefromabroad.org to register with their local election office. The election office then issues them with a ballot for the election, enabling them to cast their vote by mail from a foreign country.

DC, LA, MD, NE, NJ, OR, RI, TX, VA, WI, WV or VI Abroad Voters! You've got important deadlines in the coming days! REGISTRATION DEADLINES: If you have never registered to vote, haven’t voted in a while, or just turned 18, these deadlines are for you! If you only need to request a ballot, you still have a little time before the deadline. But you should still act NOW before it’s too late. BALLOT REQUEST DEADLINES: These apply to ALL US voters abroad voting in U.S. states or territories. This is your last chance to request a ballot for the 2020 election. Don't miss it! For more, check out our State Voting Guide at votefromabroad.org/states

Ihus said that between 80% and 90% of Americans he has met during the registration drives have indicated that they are going to vote for Joe Biden next month.

"They’ll approach us and ask: ‘Are you for Trump or for Biden?’ You explain and they say: ‘Oh good, we were hoping you weren’t Trump supporters,'" Ihus told the Irish Examiner.