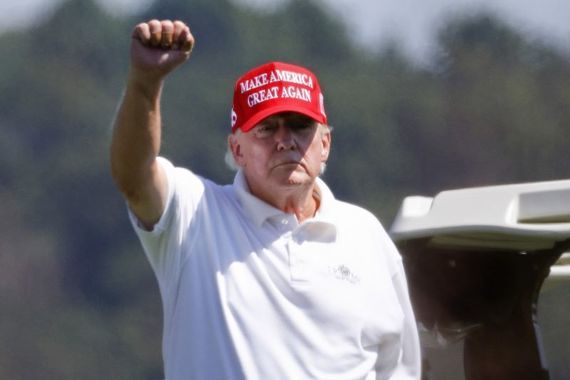 By every measure, Joe Biden had the most successful legislative record in his first two years in office than any other president in history.  He added greatly to his legacy when in another historic act he kept the Senate in Democratic hands and nearly held the House in the midterm elections.

The win came out of nowhere, predicted only by a few. The people had spoken and they said, “President Biden, you are not perfect but you sure are better than the other lot.”

That perception became fact when the soon-to-be GOP-led House made its first priority an investigation into Hunter Biden. What happened to crime, inflation, and immigration

The frustration on the GOP side is evidenced by the fusillade of criticism from the right demanding Donald Trump step away from the 2024 presidential race because as former speaker Paul Ryan stated, the GOP can no longer win with Trump based on the midterm results.

What Ryan did not say was that the Trump experiment, taking a celebrity personality and making him president, has not worked.

Trump is now the GOP’s weakest link, damaging the party by picking rogue candidates ill-fit for office and demanding complete loyalty from everyone, even Florida Governor Ron DeSantis who cleaned Trump’s clock with an outstanding performance in the election.

Going into the election the GOP was supremely confident but Republicans learned the Democratic donkey, even led by a grandfather, the oldest elected president in history, had a few thunderous kicks left.

At the end of the night the whiny chorus of “we woz robbed” was once more trotted out, especially by the wicked witch of the west, Kari Lake, but very few were listening.

Further evidence of the outstanding Democratic midterm performance was to be found on Fox News, where lengthy preparations for a red wave rising suddenly fell flat. Sean Hannity looked like he was eating a thistle. Tucker looked like he had chowed down on a bed of nettles.  How sweet it was.

Yet in his hour of power, the naysayers began whispering that Biden was doomed if he ran again, that he was too old, that he was decrepit, mentally failing even. But a quick glance at history reveals what an amazing victory the midterms were for the president.

For comparison Barack Obama got mauled in 2014, losing 247 to 188 in the House, the largest Republican winning margin since 1928.  I don’t recall the same angst or hand-wringing over Obama’s performance on that occasion as his heavy loss was absorbed by the body politic.

It is now crystal clear that Biden can beat Trump any day of the week and twice on Sunday.  It remains to be seen if he will have a Democratic challenger in the primary if he chooses to run again.

Sure his age is an important issue, but examples abound of older leaders who serve their country well, making up for in experience what they may have lost in youthful stamina.  Winston Churchill was still British prime minister at 80.

These times America needs a steady hand, especially in foreign affairs where the Ukraine crisis brings threats of nuclear war.

Imagine Trump in the White House. The Russians would be dancing polkas in Krakow by now.

Biden has delivered for Democrats.  Now they would deliver for him.  Simply put, he has shown by his actions, not his words, that he is indeed a worthy occupant of 1600 Pennsylvania Avenue.