How Justice Alito ensured the Democratic victory in mid-term elections

By overturning Roe v Wade, Justice Alito and fellow jurists handed the GOP a poisoned chalice and the Democratic Party a gift from the gods. 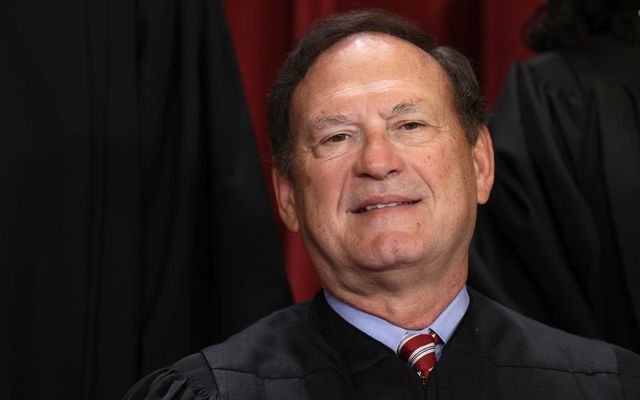 Reuters reported this week on a standing ovation for two Supreme Court justices at the Federalist Society annual dinner in Washington DC., The society is composed of conservative heavyweight lawyers and judges.

The 6-3 decision in the Supreme Court was a pyrrhic victory, however, despite all the celebration. Justice Alito and fellow jurists had handed the GOP a poisoned chalice and the Democratic Party a gift from the gods.

The response to the ban came from tens of millions of Americans who voted in record numbers because of that same Supreme Court Dobbs decision which essentially threw out Roe vs Wade which had been the law for decades.

Without it as an issue, the Dems would have cast about desperately for a subject to take the voter’s mind off inflation and gas prices. Instead, the Supremes came bearing a gift.

So beware of what you seek. Along with the judges, the GOP celebrated the right to ban abortion and gleefully began passing extremely strict laws that effectively shuttered abortion clinics in about 20 states.

The rush to ban especially impacted young women who learned to their dismay that they nor their daughters, would not enjoy the same rights as their mothers did.

But far from being a triumphant moment, the Republicans were akin to the dog who finally caught the car. For decades, GOP politicians could posture on the issue without ever having to confront it. Justice Alito and his colleagues overthrew Roe Vs Wade and created a monster with Justice Clarence Thomas promising to look again at a law that banned contraceptives and gay marriage.

The backlash was not long coming . The warning lights flashed red alert for the GOP when Kansas, one of America’s most rural and conservative states, easily passed a bill allowing the restoration of the right to the procedure.

There was more to come. Put simply, restoring reproductive rights curtailed by the Supreme Court was the driving force behind the blue wave that had been submerged under loose talk of a red Tsunami. Three out of ten Democrats named it as the most important issue.

One wonders what Alito and his colleagues in the ivory tower thought of it all. The staunch conservative court had handed the Dems a historic victory. The Democratic party will now be waiting eagerly for the court to overreach again. Given the outcome of the abortion ruling, they will be hoping it will be a case of ‘Play it again Sam” for Alito.