Trump has divided the US and Ireland too

If you asked Irish people who should Trump be chasing down, they’d say whoever kills the most Americans. Guess who, or what, is responsible for that? Guns. 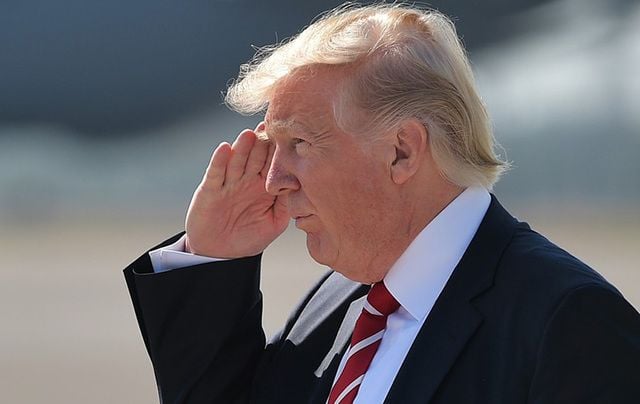 Can you believe it's only two weeks into Donald Trump's presidency.

Only a little more than two weeks gone by and it already feels exhausting covering this White House.

I doubt if there has ever been a stranger guy than Donald Trump running the country.

On Monday the New York Times presented a profile of a strange and lonely Trump in the living quarters where he retreats each night at about 6:30 p.m.

Back in his private quarters, he watches cable television, all the shows, and critiquing the many reports unfavorable to his presidency.

His wife Melania has not joined him yet, leading to lots of speculation as to the state of their marriage, but who ever knows what occurs between a couple?

Donald Trump and his wife Melania.

In his splendid isolation he frequently tweets, slamming enemies, praising friends, giving a simplistic overview of the world neatly divided between black and white, good and evil.

Meanwhile, outside the walls the world watches and waits.  European countries, including Ireland, fear this new president.  They see him embodying the Ugly American, testosterone-fueled and looking for a fight.

Some can't make their mind up whether they want Trump on their shores (Ireland is undecided), to speak in their parliaments (the British speaker says no), or even on their continent (Angela Merkel of Germany, who has consciously not embraced him.)

Trump is not just dividing Americans.  There is a split in the Irish government on whether Taoiseach Enda Kenny should invite Trump to Ireland or indeed go to Washington on St. Patrick's Day at all. 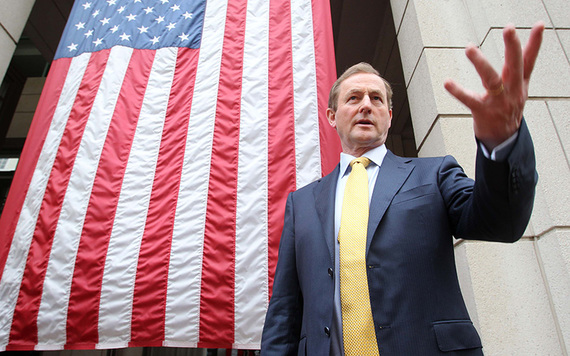 They all see Trump’s obsession with ISIS, which has killed at best guess about 1,200 people worldwide making them a small operator at best, as short-sighted and downright stupid.

If you asked Irish people who should Trump be chasing down, they’d say whoever kills the most Americans.

Guess who, or what, is responsible for that? Guns.

Every day 30-plus Americans are murdered with guns. We are talking over 10,000 Americans killed each year by gun violence.

And every single day, including today, five children or teens are murdered by someone using guns; that is 11 times more often than children are killed by gun violence in other “high income” nations.

But as he bites into his burger in his lonely White House, Trump is not thinking of somehow curbing American on American gun violence. Money talks and the NRA helped him get elected.

No, he is much more concerned with ISIS to the point of launching efforts to ban citizens from seven countries from America.

Not a single immigrant from any of those countries has killed an American, None, zero.

Of course the ban should have really been placed on Pakistan, Saudi Arabia and Egypt, but there is no way Trump could afford to alienate alleged allies in the region.

Likewise his bear dance with Russia. He thinks he will combine with the Russians to defeat ISIS and meanwhile, he will overlook Putin’s menacing moves against the Baltic states and his invasion of Crimea.

It is a fundamental blunder as Russia’s interests are not aligned with America’s. Sure, the Russians want a stable Syria, but they want Assad, a Russian ally in place and the Americans sent home.

None of which probably bothers the man in the White House. Four legs good, two legs bad as George Orwell wrote in "Animal Farm."

As he gazes out onto Pennsylvania Avenue Trump can reflect on his glorious victory once again, but he should know the civilized world does not welcome it.

On the streets, the masses have already been rallying in huge numbers. A rough beast has been born.

Read more: Trump officially reveals his choice for US Ambassador to Ireland