Irish Taoiseach Enda Kenny will visit President Trump in the White House this St. Patrick's Day. Do you agree with the meeting or should the Irish leader refuse the invite? Let us know your thought in this poll. 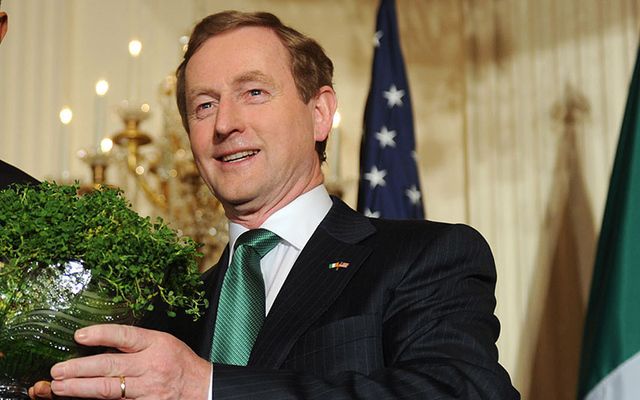 Irish Taoiseach Enda Kenny will visit President Trump in the White House this St. Patrick's Day. Do you agree with the meeting or should the Irish leader refuse the invite? Let us know your thought in this poll. RollingNews.ie

Irish Taoiseach Enda Kenny is facing his second year in a row of criticism regarding his St. Patrick’s Day invite to the White House for the traditional shamrock ceremony with the US President.

While last year he was forced to meet with Obama a few days before March 17 because, as acting Taoiseach, he needed to get back to Ireland and set about forming some kind of government, this year many members of the Irish public are calling on him to remain in the Emerald Isle on St. Patrick’s Day, in protest of the moves Trump has made against immigration among other issues.

It was confirmed last week by Trump’s Press Secretary Sean Spicer that an invitation had been extended to Taoiseach Kenny, to visit the White House on St. Patrick’s Day and partake in the annual handing over of a bowl of green shamrock, a tradition that has been in place since the 1950s.

While the Office of the Taoiseach confirmed that Kenny was set to attend the ceremony and meet with President Trump, online petitions from the public and politicians from opposition parties immediately began to question his decision, especially in light of the Taoiseach’s comments in mid-2016 that the words of Trump were “racist and dangerous.”

This week, Minister for Foreign Affairs Charlie Flanagan is the first Irish politician having first-to-face interaction with the Trump administration since his inauguration in a three-day US visit, but for some, the thought of the Irish Taoiseach entering the White House on St. Patrick’s Day looks less like a government attempting to raise their concerns face-to-face with a new administration, and more like support for Trump’s policies that they believe the majority of Irish people will not stand for.

One of the largest of many petitions entitled “Shamrock for Trump: Not in my Name” has now raised over 37,000 signatures while the leaders of the Irish Green Party, Eamonn Ryan, and the Labor Party, Brendan Howlin, have both called on the Taoiseach not to go ahead with the trip.

The Office of the Taoiseach and other members of his Fine Gael party are continuing to claim, however, that St. Patrick’s Day is the best opportunity to express to President Trump how Ireland feels about his anti-immigration executive order and that it remains important for our connection with the US.

What do you think? Is the St. Patrick’s Day visit to the White House too large an event for Irish business and Irish-US relations for Enda Kenny to miss out on or will it be as Labour Leader Brendan Howlin put it, “humiliating to the vast majority of Irish people”?

You can cast your vote in the poll here and make sure to tell us why in the comments section, below: