A leading political scientist has warned in the Washington Post that Theresa May’s speech on Friday in Belfast on Brexit may well ruin the Irish peace process. 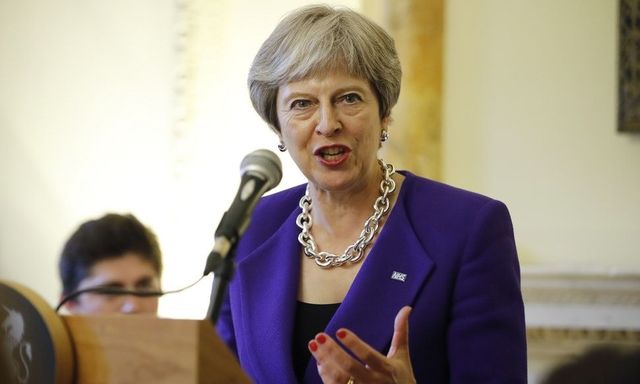 A leading political scientist has warned in the Washington Post that Theresa May’s speech on Friday in Belfast on Brexit may well ruin the Irish peace process.

Henry Farrell, Professor of Political Science at George Washington University, warned that British Prime Minister Theresa May’s decision, which will be made public in the speech, to renege on the “backstop deal” with the Irish and the EU leaders, ensuring there would never be a hard border post Brexit, will stress the peace process to the very limit.

The backstop provision was a common customs area that would keep the border as it is now with free movement on both sides. No physical border was the condition set by the EU for negotiation first and the EU thought they had a deal. Now however, May is backtracking.

Farrell wrote: “... the speech’s intransigence is likely to have consequences within Northern Ireland. Northern Ireland’s peace deal was already in serious danger, as a result of distrust between the major parties.

British Prime Minister Theresa May is to hit out at the plan for an Irish border backstop deal in a speech in Belfast later: https://t.co/uPjSzkByhb #Brexit pic.twitter.com/S7aLnt3kQD

May is set to say that  “the economic and constitutional dislocation of a formal ‘third country’ customs border within our own country is something I will never accept and I believe no British prime minister could ever accept. And as they made clear this week, it is not something the House of Commons will accept either.”

The EU  customs union and single market removed the physical border as did the end of The Troubles. May is now giving no guarantee she will not try and impose a hard border between Northern Ireland and the Republic of Ireland. This could well have disastrous consequences..

Farrell points out that “Unionists — who want to stay part of Britain — do not want any arrangement in which Northern Ireland would have separate rules from Britain. They fear that this might lead Northern Ireland to drift politically closer to the Republic.

“Republicans and nationalists — and the government of the Republic of Ireland — do not want any arrangement in which Northern Ireland would have a “hard border” with the Republic. The problem is that it is difficult to avoid a hard border, without some kind of special rules and status for Northern Ireland.” The backstop  compromise was the agreed solution, now no more.

Farrell wrote: “The politics of the backstop are not being driven by constitutional worries, but by Britain’s inability to get the European Union to agree to a fudged agreement on customs and single market membership, the intransigence of May’s own party members, and the weakness of May’s leadership. It is furthermore likely that the Democratic Unionist Party, which is propping up May’s government, has also demanded that there be no arrangement that would distinguish Northern Ireland from the rest of Britain.