Should Trump be put on trial?

Donald Trump gave not a thought about the need to bring America together after his election loss. He was only interested in power and cronyism. 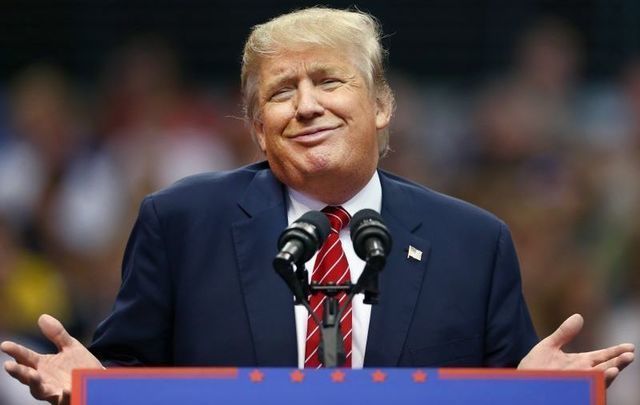 As the old year fades we ended with an extraordinary document, the January 6th report on that dreadful day nearly two years ago when American democracy was on its knees.

Not since the Battle of Gettysburg in 1863 had democracy teetered on the brink in America.

Back then Irish American Union General George Meade, a mere few weeks in command, guessed right where General Robert E. Lee would send the majority of his troops forward in order to break the Union lines. So Meade was ready for the legendary southern commander and stopped his advance on that final day.

American democracy was saved. If Lee had broken through he would have marched on Washington as the road was wide open.

The peace terms would have been the retention of slavery and the creation of a military-run southern state partitioned off from the north. It would have put an end to government by the people and delighted despots everywhere.
January 6, 2021, was no less significant. It was one man’s attempt to terminate the Constitution and proclaim himself as dictator.

Donald Trump gave not a thought about the need to bring America together after his election loss. He was only interested in power and cronyism. That his hero was Vladimir Putin tells you all you need to know.

Yet Trump was stopped, and mostly by brave republicans like his Vice President Mike Pence who refused to be part of the attempt to steal the 2020 election from Joe Biden. Scores of Republican-appointed judges also stood up and were counted as did some brave GOP politicians, most notably Congresswoman Liz Cheney.
It was a close-run thing and an extraordinary moment of awakening for all who assumed democracy was buried so deep in our roots that it could never be defeated.

The vital 2022 midterm election showed clearly that Americans in sufficient numbers now know that the danger was very real and that a huge number of GOP politicians were petrified to stand up to Trump.

With the midterms Trump also proved how poor an election strategist he actually is, insisting on choosing candidates who belonged more in a circus than an election forum. Imagine what a second-term Trump administration would look like.

So, a close-run thing and a reality that democracy is fragile should by now be deeply embedded in all our brains. The end of the affair is still a long way off, however.

The January 6th report has framed the question in clear terms. Should Trump be charged with crimes for seeking to undermine the election and damage American democracy?

The answer has to be that no man, not president or pauper, is above the law, and the justice system must deal with Trump as they would with any other suspected wrong-doer.

When the January 6 commission was first mooted voices were raised that investigating the insurrection would do more harm than good. Not so, as it was proved.

We now know because of that commission exactly how wide and how deep the attempt to overthrow democracy was.

The findings reflect the reality that what historians will see looking back at this period is an attempt to unlawfully overthrow a freely elected government.

So let the facts and the courts decide Trump’s fate. If we have learned anything from this episode it is that America’s foundations are strong and we can rely on those institutions, newly strengthened, to let the truth fall where it may.

I believe that in 2023 we will further enhance that reality by prosecuting the seditionist Donald Trump who attempted a coup. Any attempt to dodge the issue will merely show that there is no longer an equitable system of justice in America.
Let the case begin, for and against.