Living in unprecedented times amid the COVID-19 outbreak it was a sad St. Patrick's Day in New York but we'll be back! 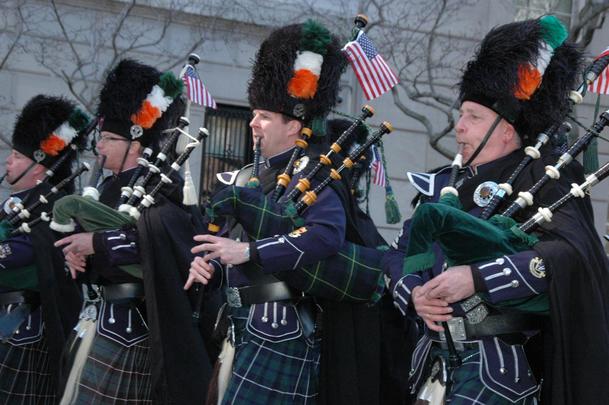 Living in unprecedented times amid the COVID-19 outbreak it was a sad St. Patrick's Day in New York but we'll be back!

I woke up on St. Patrick’s morning with a hangover even though I didn't drink.

My head hurt but my soul more so. My favorite day of the year, the one Irish Americans live for, was no more.

There would be no breakfast at the mayor’s residence in New York, none of the jostling, happy, pre-parade crowd mingling and anticipating the great day to come.

Instead, their ghosts lingered outside Gracie Mansion gate, forever haunting a St. Patrick’s Day like no other I would ever live through.

After the breakfast we would find our way towards 46th Street and Fifth, the sidewalks already thronged, the mood festive green and in the distance, the sound of a great cannonade of the big drums as the marching bands took over Fifth Avenue and the fife and drum and bagpipes claimed their natural territory for the day of all days.

Historically, the Irish drums were used to signal battle stations and to provide the marching cadence for huge armies. They were heard at Gettysburg and Fontenoy, Bull Run and Waterloo, the sound of the drums prophesying war before the battle was joined.

This year there were only empty canyons and a deserted Fifth Avenue as the invisible enemy claimed the greatest parade in the word, the one which signified Irish power, Irish politics, Irish police and firemen, Irish dancers, Irish schools, Irish community groups from every walk of life and spectrum.

Who can forget the march of 2002 after 9/11 when there was not a dry eye on Fifth Avenue as our beloved firefighters marched past, the dust of 9/11 barely swept from their shoulders.

It was the single most dramatic moment of all my years in America to see those brave men and women of the FDNY in serried file take back the city they loved and that loved them.  It brings tears to my eyes now almost two decades later

Around 10:45 or so a whistle would pierce the daylight and a mighty roar would be heard and the grand marshal, he or she, bedecked in their brightest colors, would set off for immortality, the two-mile walk up the world's most important street as millions clapped and hoorayed on the sidelines.

The parade was never far from controversy these past few decades but inclusivity won out and the march itself was a magnificent occasion, a worthy tip of the hat to the Famine people who came before us whose shoulders we stood on.

“You Lift Me Up” goes the beloved hymn and the Irish were lifted up each year by the memory of those who walked before and who cleared a path for their success in the greatest of all countries on earth.

To finish the walk, to gather in the warm confines of the American Irish Historical Society, to replay the events as the marchers marched by was all a tradition but much more, part of my soul. Proud to be Irish always and ever.