President Trump must not overreact to British ISIS madness

“In the Age of Trump a terrorist incident of major magnitude here would cause widespread attempts to abandon civil liberties and demonize communities.” 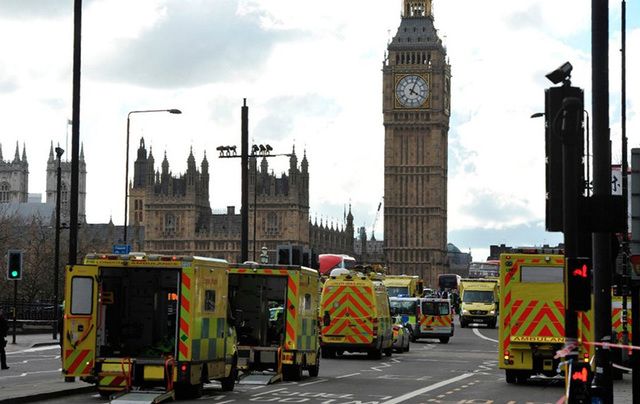 John Timoney, former New York top cop and later police commissioner in Philadelphia and Miami warned once that a second 9/11 would result in widespread curtailment of civil liberties. ”You will not recognize this country,” he said.

I would double down on that statement in a President Trump era. We have much to fear from an overreaction driving thousands more like the insane knife-wielding attacker in London, into the arms of ISIS.

One Wednesday Khalid Masood, a British citizen, who was known to the police, mowed down five people on Westminster Bridge, outside Britain’s government buildings, before exiting his car and stabbing a police officer to death. He was shot by police. Three people and the attacker died. A further 29, including on Irish person were taken to hospital following his attack, seven of these remain in critical condition.

Looking at this slaying of the innocents by a British-born ISIS supporter, I thought of Timoney’s words. I firmly believe in the Age of Trump a terrorist incident of major magnitude here would cause widespread attempts to abandon civil liberties and demonize communities, which I think is a huge mistake.

It was Mao who remarked that terrorists need community support in order to survive, like fish they need friendly waters.

There is a reason dissident Irish Republican Army (IRA) forces have never gained support in Northern Ireland. The nationalist population does not support or sustain them.

The danger of an attack on London is that it primes the pump for those who are set to overreact to these terrorists, which is exactly what they want, increasing community support for them.

The inexperienced Trump is ripe for such goading, indeed one worries he might welcome it. The fact that ISIS is being pounded into defeat in both Iraq and Syria is of little consequence. The name of the game is Homeland Security.

Never mind the fact that the best way to “drain the ISIS swamp” is by doing what we are doing now, hitting them where they live and where they foster this hate and terror. Until you cut the head off the Caliphate you cannot hope to defeat it.

Travel bans and singling out countries (not Saudi Arabia and Pakistan where most of the terrorists stem from) is a band aid on a septic cut.

Yesterday’s killer was British-born and raised. No travel ban would have stopped him.

Donald Trump Jr showed his lack of insight then slamming London Mayor Sadiq Khan for stating the obvious. Big cities have to realize they are targets. But we have to have a sense of perspective here.

You have to be kidding me?!: Terror attacks are part of living in big city, says London Mayor Sadiq Khan https://t.co/uSm2pwRTjO

A lunatic wielding a knife and using a car as a deadly weapon is not in the league of 9/11 or a dirty bomb explosion. He is in the same league as the killer truck driver in Nice last summer mowing people down by the dozen.

Cruel and crude hatred drives them, and the strange attraction of the Muslim caliphate stretching worldwide draws them like flies. The only way to end it is to destroy that dream of Caliphate domination which can only be achieved by defeating ISIS where they live.

Let us hope our President remembers that message.