The average Brit has no less than five titles or so above him, such as earl, baron, duke, duchess, etc. 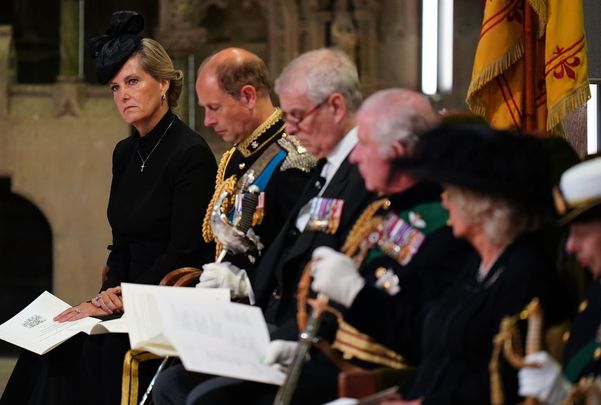 As the United Kingdom finds itself under the rule of a new King, Charles III, let us delve into the realm of British titles from peers and dukes to the fascinating Charles II.

While the death and long goodbyes to Queen Elizabeth II have captivated millions, I have taken upon myself the little matter of instructing you, dear reader, on what this royal business is really about.

The world media, it seems, has decamped to Britain for the obsequies for the Queen, hearts aflutter given the final fusion of royalty and celebrity. Millions of commoners will also be watching the strut and stride of the great and good.

In case any of our readers are among them, here is some vital info.

Perhaps it was all the crush of lords and ladies and the cringe factor when someone is mentioned as the Earl of Wessex when the fact is there has been no such place as Wessex since about 900 AD. That set me off on a kamikaze mission to explain royalty to my bemused readers.

Britain's peerage system, which dates to Anglo-Saxon times, consists of five main ranks: duke, marquess, earl, viscount, and baron, according to Debrett's, a leading source of information on the British peerage system. Anyone looking for a peerage or an earldom or becoming a mere baron studies Debrett's like a banker reads The Wall Street Journal.

Let us begin with the peers, as they are known, the lowest lord on the rung, the hereditary peer who gets $500 a day for sitting in the House of Lords paid for by the British taxpayer.

Perchance one of our readers encounters a lord or lady, here’s what you need to know. There are hundreds of utterly unelected hereditary peers in the House of Lords who you, the commoner, are supposed to address as “My Lord” or “My Lady.” No “How’s it going?” or “How’s yourself?”

One of the British signatures on the Irish Treaty in 1922 was a lord who named himself just “Birkenhead” as his signature on the document. I can now reveal his real name was Fred Smith and he drank himself to death in India, and that is a true story.

So, the average Brit has no less than five titles or so above him, such as earl, baron, duke, duchess, etc.

The duke and duchess top the line, as in Philip, Duke of Edinburgh.

The preferred salutation for a duke is not “Howya me Lord,” but “Your Grace.”

Right below duke are the titles of marchioness and marquis which were created by Richard II in the 14th century after he heard they were all the rage in Europe.

The king, of course, rules over the menagerie. As to my favorite monarch, that would be Charles II, namesake of Charles III by a country mile. He was known as the "Merry Monarch" when he reigned in the 17th century, had seven mistresses and about 20 children, none eligible to replace him as they were out of wedlock.

Charles II made London fun again after decades of fire and brimstone created by Oliver Cromwell, who had Charles I decapitated when he removed him from power.

Charles II was also an intellectual and a pharmacist who created compound drugs, encouraged artistic freedom, and founded the prestigious entity the Royal Society where science and medicine were allowed to flourish.

Charles II was not all jolly good fellow though. Under his reign, Oliver Cromwell was dug up and decapitated, though he had been dead a long time.

So be careful out there, earls and dukes and viscounts and lords and ladies and, above all, mind your heads.