Mick Moloney delineated how Irish history, our music, and our culture permeates deep into the heartbeat of America. 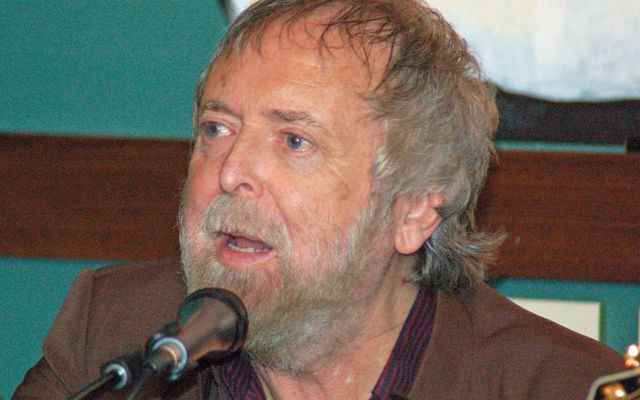 The sudden passing of Irish musician and academic Mick Moloney last week is truly the end of an era.

At 77, a giant of this generation has gone after a lifetime spent gathering a store of knowledge unmatched as to who we Irish are and how we announce ourselves as part of the great American tribe.

Through his generosity of soul and of spirit, he has bequeathed a great legacy to Irish Americans, a true framework of our world. He has delineated how our history, our music, our culture permeates deep into the heartbeat of America.

Poor, famine tossed and beaten down, the music of the Irish survived, as did the backbeat, as Moloney described it, of the Africans on the slave ships who early on lived side by side with the Irish in city ghettos such as New York.

Mick linked the two experiences and alongside his renowned African American musical partner Leni Sloan, he captivated audiences all over the world displaying an encyclopedic knowledge of the impact of the black and Irish music and culture on a nation

For the past 30 years, Sloan collaborated with Moloney, presenting programs, concerts, and master classes on the convergence, contributions, and conflicts of black and Irish experiences in the United States. Their collaboration took them from New York to San Francisco and Cuba to Limerick Ireland, and many points in between.

Aside from probing the black linkage, Moloney asked a simple question and spent most of his life answering it: Where do the roots of American music lie?

He traced the development of bluegrass, country music, the old-time Appalachian music to the Celtic strain which he found everywhere. He showed how our Irish music intermingling with that of other cultures helped create the great American songs and airs beginning with Appalachian music. He even discovered American Indian/Irish songs.

Mick was the custodian of so much, the creator of so many new links. He did not flinch from the historical reality that many Irish who were first out of the ghettos turned on African Americans as in the draft riots which only now are starting to be scrutinized with a proper historical perspective.

Moloney was still at full tilt just before he passed. Ten days before he died, he contacted me via email to ask if I could help him find a publisher for a project he was working on. I had just replied when the impossible news came that he had died.

A great voice has been stilled, a pathfinder to the true Irish experience in America lost.

I could hardly believe Mick Moloney was 77 when he passed. He had such a rascally touch on stage, a twinkly eye, a man driven by music he had invented, discovered, and translated.

He brought his shows to life with such a great musical and storytelling talent. I still don’t believe his banjo will lie still, that instead he is off somewhere hosting a mighty Irish party. May he play in peace.