Joe Biden could join the likes of Presidents Obama, Reagan, and Kennedy as heading into the Oval Office as a descendant of Irish Famine migrants. 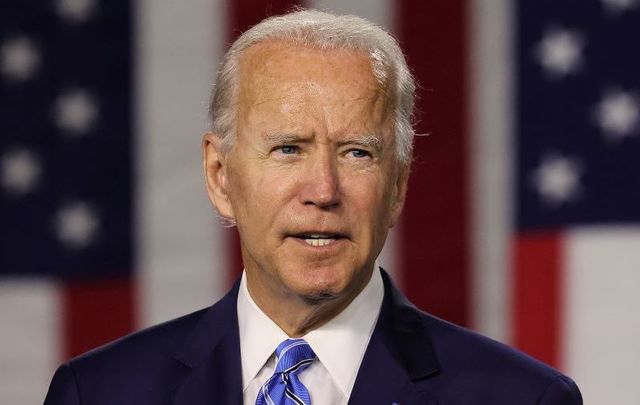 Three recent American presidents trace heritage right back to the Irish Famine, and Joe Biden, if he is elected, would become the fourth.

*Editor's Note: This column appeared in the September 9 edition of the Irish Voice newspaper, sister publication to IrishCentral.

What Ronald Reagan, JFK, Barack Obama, and Joe Biden all have in common are Irish Famine ancestors forced to flee and live their lives thousands of miles from home.

It is a remarkable statistic given that the ancestors of those presidents and would-be president were the poorest of the poor.

Owen, Biden’s great-great-grandfather, arrived in New York fleeing the last of the Famine on May 31, 1849, on a ship called Brothers. He was from the remote Cooley Peninsula in Co Louth, some 60 miles from Dublin.

As was often the custom, he came before the rest of his family. A shoemaker by trade, he procured employment, and a year later, he sent for his family.

His wife, maiden name Jane Boyle, immigrated with their children (including Biden’s great-grandfather, James) on May 15, 1850, on a ship named the Marchioness of Bute, according to genealogist Megan Smolneyak who has traced the lineage for the Biden family.

Last year I had the privilege of walking down the streets my great-great grandfather once walked, in County Louth, Ireland. pic.twitter.com/GsvB7DPCXk

Incredibly, in the very same year of 1850, and also driven out of Ireland by the Famine, the same journey began for the Irish-linked family of one Barack Obama.

In the tiny village of Moneygall, on the border of Offaly and Tipperary, the Kearney family had turned to shoemaking from wig making. Like the Biden relatives, the family could not sustain itself when the Famine struck, and Falmouth Kearney boarded a coffin ship to America. He went to Ohio where a relative had left him a small tract of land and created the Irish part of the Obama legacy.

In 2011, I visited the tiny town of Moneygall and got to walk around in the house where my great-great-great grandfather Falmouth Kearney lived his early life. I'll always be grateful for the warmth and generosity of the Irish people. Happy St. Patrick's Day! -Barack O’Bama pic.twitter.com/abDtarFbR5

The third American president from that era needs little introduction. Just 100 miles or so from the Kearneys, in the town of New Ross in Co Wexford, and just a year earlier than when the Obama and Biden relatives departed, Patrick Kennedy (1823–1858) and Bridget Murphy (1824–1888) sailed from Ireland to Boston in 1849 fleeing famine. Their great-grandson, John F. Kennedy, became President in 1961. 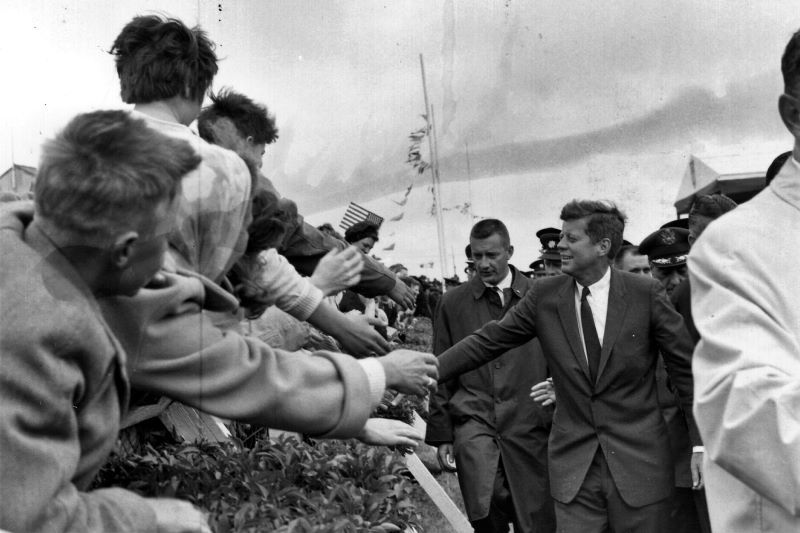 Read More: What JFK's historic visit to Ireland in 1963 meant

Reagan’s Irish odyssey began with the immigration to Britain and later to America of his great grandfather Michael Reagan, who fled the Irish Famine from the town of Ballyporeen, not a stone’s throw from Moneygall.

Thus, Reagan was very much the product of an emigrant Irish Famine Catholic ethos. He was the great-grandson of Michael, a Co Tipperary emigrant who settled in Illinois in 1858.

Michael had first immigrated to Britain at the height of the famine before coming to America. The 1860 census of the town of Fair Haven in Carroll County, Illinois lists Michael Reagan, then 25, and his wife Catherine Mulcahy, five years older, and their four children.

What is fascinating is that three descendants of obscure peasant families fleeing the Gorta Mor around the same time became president of the United States, and Biden could be the fourth.

The Famine changed Ireland but it changed America profoundly too. But without the Famine, there would be no JFK, Obama, or Reagan in the White House, nor Biden knocking on the door.