Imbleach him! Tide’s going out for Donald Trump

It's time to review the 25th Amendment and impeach this failed president. 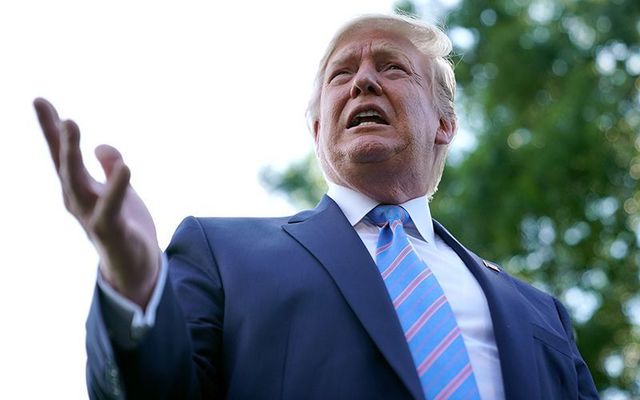 The President of the United States Donald Trump is failing the country during COVID-19. Getty

As it appears the United States has a five-year-old as it's Commander and Chief it's time to review the 25th Amendment and impeach this failed president.

Even when I was a child, I was more than aware to stay away from household cleaners like Clorox. Such products were always placed on a high shelf beyond a child’s reach.

In Ireland, there was Vim, Dettol, and Harpic, and each carried large warnings on what to do if you swallowed some of the product.

The immediate advice, written on the label, was to call an ambulance and call the poison control center.  I’m talking late 1950s, early 1960s here in rural Ireland. The local townies knew more about ingesting poisonous products than the president of the United States does in 2020.

Consider the incredible progress since those times.  But Vim or Harpic never became a popular drink. Nobody suggested you make a Tide sandwich or pour yourself a glass of Clorox or inject some Lysol – until President Trump.

Even Dr Fauci can't believe what Donald Trump's being saying.

In 2018 American poison control exports reported that 7.3 percent of the poison cases presented were from drinking or ingesting household products. Sadly, well over 90 percent of the victims were children under five.

It appears we have a five-year-old president.  He is actually recommending and discussing such an opinion seriously on television.

This is what happens when the founder of Trump University talks science.  It may be time to imbleach the president again.

As Atlantic magazine noted, ‘Ingesting bleach can burn the esophagus, and is already a leading cause of household poisonings in the U.S. at 45,000 cases a year. Bleach is recommended for cleaning surfaces precisely because it so effectively destroys organic matter -- which includes human tissue.”

Watching him talk up the ingestion of disinfectants last week was such a bizarre and extreme moment that I think the president has finally jumped the shark and entered the realm of the Twilight Zone.

I notice even his most fervent defenders are having a hard time defending him.  Indeed one of his former cling-ons, Piers Morgan, is now positively scathing in his assessment of Trump.

Morgan wrote in the Daily Mail, “By far the most reckless and dangerous thing President Trump has done is use the most powerful podium on earth to air his bats**t crazy theories about how to beat the virus.

“And last night he stooped to a shameful new low by suggesting people suffering from Covid-19 should be injected with toxic disinfectant.”

It was a week when Trump’s advocacy for hydroxychloroquine was revealed as another sham dance, as patients taking it for Covid-19 were actually dying in bigger numbers than victims taking nothing according to the FDA. 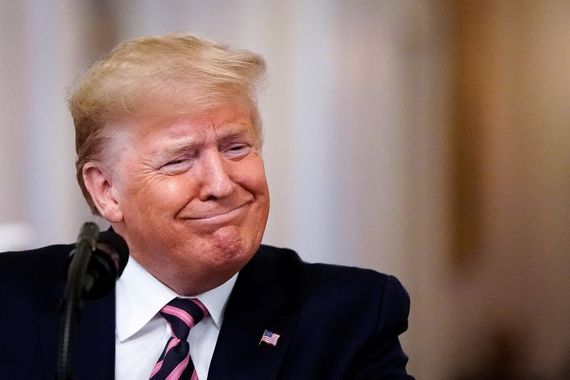 But even with hydroxychloroquine, there were some qualified experts who genuinely thought the drug might work so there is some method there.

But Clorox injections sound like something a far out cult would recommend to cleanse the soul.

This is a president who, through ignorance, scorns science and reasoned approach and prefers cuckoo theories drawn from his insane brain.

He proclaims himself the greatest president ever and the most hardworking after a recent New York Times profile revealed he is obsessed with watching cable news and worrying about re-election.

The tide is going out on that last one, excuse the pun. The Times also reported that internal GOP polls show Trump losing ground in 17 key states, and party bosses now fear they will lose the Senate.

Recommending that the American people might think of ingesting Clorox to beat coronavirus is the low point of his presidency, a statement that no sane person would ever consider.

But still his lackeys cling on. Roll on November.