The United States and COVID-19 - a country in crisis

America seems to descend further and further into chaos. A country that normally unites at times of crisis, is now as divided as ever. 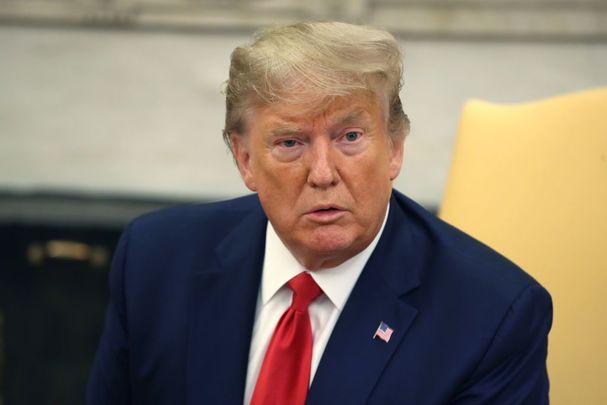 As the days go by, America seems to descend further and further into chaos. The great political polarization of recent years has now become a chasm so great that a country that normally unites at times of crisis, is now as divided as ever.

Pearl Harbor, the Kennedy Assassination, the Oklahoma bombing, September 11, and the last recession saw the country unite and come together. COVID-19 has seen politics and extremism kick into overdrive and the people are truly lost.

COVID-19 has ravaged the whole world, and despite knowing it would have to arrive eventually, America failed to prepare. From the beginning, the virus was played down and compared to the seasonal flu.

Every word of the President was fueled by Fox News pundits who belittled the virus and dismissed it at every opportunity. It was described by the top commentators as a hoax by the Democrats to try and bring the President down. It was dismissed as nothing to worry about and the rest of the world was overreacting.

Fox News is the most-watched news station in the United States and with the President and the news station consistently belittling the virus and dismissing it for the first three months of the year, it was always going to be difficult to turn the message around. Yet the news station has tried and even claims now that it sought to highlight the seriousness of the virus at all times.

Sometimes you are going so fast and determined on a story that when you see the iceberg in the distance, it is impossible to turn the ship around. Clips on Facebook and YouTube highlight how ridiculous the claims of the news station always taking COVID-10 seriously are, yet they continue to seek to promote this message.

The reality is that such a careless approach to the disease eliminated any chance of social distancing succeeding in the early onset of the crisis. Even now there are still many families who go out and let their children play and mix and gather. Parties continue and friends question each other as to whether there is really any need for social distancing. Protests have started around the country with people speaking out against the lockdown. It is amazing to think that despite the worldwide coverage, some people are completely dismissive.

The White House daily briefings initially gave President Trump a bump in his ratings, but this has evaporated as the seriousness of the virus has hit home. This week alone has seen the briefings defend into a daily defense of policies pursued and attempts to justify the action or lack of action since January.

New York, his home state, has become the biggest challenge for the President. It has become the epicenter for the crisis and day after day more and more people pass away. Basic medical necessities and supplies are non-existent and finger-pointing over the blame between New York and DC is rampant.

The Governor of New York, Andrew Cuomo has emerged as a leader fighting for his people and leading his State through its biggest challenge since 9/11. His daily briefings are in stark contrast to the White House, where realism, facts, and scientific data are shared and interpreted with all. Cuomo was not a popular leader in New York before this virus, but he has gained national popularity and recognition with his management of the crisis.

Whisper it carefully, but even though Joe Biden has committed to picking a woman as his Vice President nominee, the name Cuomo is gaining traction.

Some people still cannot see the severity of the disease. The President and a large number of Republicans want to open the economy up as soon as possible. Warnings from doctors of the danger of moving too fast too soon are not being heeded. It seems amazing to think that there is a direct choice being considered by the White House and many States around the country, the people, or the economy? Yet this is the reality.

The Governor of Florida wants to open schools up as soon as possible because he believes that young people do not appear to suffer from the impact of the disease. Where does this place teachers and school administration on the totem pole of life? There is a belief shared by many that a hurt economy will ultimately hurt more people than the virus. Unemployment has skyrocketed. Businesses have closed, and the sense of fear in the air is palpable.

No one knows when this crisis will end. Some think that the President will seek to get the country moving in the next two weeks. This may happen, but the fear is that it will be too soon.

The economy is in a bad way right now. But the danger of opening too soon should not be underestimated. Using the analogy of an old steam train trying to get moving. It can gradually pick up speed before hurtling up the track. Yet if the steam train has to stop before it gathers pace, it will take a long time to rebuild again.

While the economy is struggling right now, there is hope it can ultimately bounce back quickly. Open it too soon and handled in the wrong way, could see a return of the devastation of the virus. Any momentum that will have been built up will have been shattered and it could take years for the train to get going again.

Read more: Why Biden will win - it's the coronavirus, stupid!