Niall O'Dowd: "I ran, but I couldn’t hide from Covid"

" In this game of hide and seek, it seemed Covid would never find me," Niall O'Dowd writes. "Boy was I wrong." 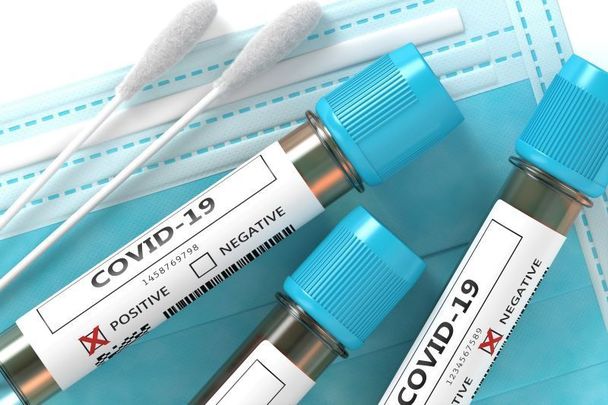 After over two years of avoiding Covid, I had essentially consigned the virus to the rearview mirror, content I had dodged the worst.

Such had been my good fortune over the two years that I felt that smug sense of invincibility. My wife and daughter had contracted it, most of my siblings, friends, and acquaintances too, yet I sailed merrily on. In this game of hide and seek, it seemed Covid would never find me.

Boy was I wrong.

I recently let my guard down in the heady days of mask removal and relaxation of rules. I was fully vaxxed and confident in my invincibility.

It was spring and hope was once again eternal, and the sudden episodes of coughing and sneezing were my usual allergy issues, I assured myself.

That was all fine until I woke up a week ago in the grip of a nightmare with huge wracking coughs pounding my chest and what felt like someone rubbing sandpaper across my lungs. I was alternately hot and cold, barely able to speak, and in dire need of attention.

So this was Covid, and there was no gentle cold or moderate flu-like symptoms that many report in my case. This felt like an assault on my entire respiratory system with someone seated on my chest squeezing the life out of me.

I was one of the 46,000 people nationwide last Thursday, according to the New York Times stats, who had contracted Covid, most of them unvaccinated. Some, no doubt, will have died by the time you read this due to the most malevolent claim ever made that vaccines, true miracle drugs, do not work.

I was certainly in need of their help. My second night with Covid felt even worse yet I knew I had defenses enough to survive, but when your lungs are sore from coughing and your chest full of phlegm and sleep is impossible you hang on with hope rather than confidence.

Then I imagined all those poor souls, many elderly, alone, being fed propaganda by know-nothings on Fox News and elsewhere that ivermectin or snake oil, or prayer, or magic spells, would get them through, but don’t touch the poisonous vaccines.

There was even a president who wanted to clean out their insides with disinfectant or use ultraviolet light to burn the infection off inside them. How could anyone take a clown like that seriously? Alas, millions do.

The anti-science rabble-rousers have a lot to answer for. I can only feel a deep sorrow for all those poor men and women who believed their bull and lost their lives, leaving spouses, children, siblings, and friends behind them.

Incidentally, the New England Journal of Medicine, in an extensive test, measured ivermectin against a placebo in treating Covid, and proved neither was in any way effective. Does this kind of in-depth scientific analysis matter anymore?

In my case, my physician sent me for a monoclonal antibody infusion which has helped enormously, as did the existing vaccines I had taken. I will survive.

But I will never forget the terror of those two nights as Covid did its worst, or the sense of utter futility thinking how many more could have been saved by scientifically proven vaccines.

The story of the Covid crisis is the miracle of vaccines, created in record time which saved millions of lives. If every American had taken them, we would be looking at a minuscule number of deaths compared to the million-plus we faced today.

That is the saddest note of all. Charlatans and con artists have blood on their hands.