Anti-vaxxers should learn from Irish swimming scandal - I did

"The anti-vaxxers have confused political maneuvering with truth the same way I let my Irish nationalism overrule common sense." 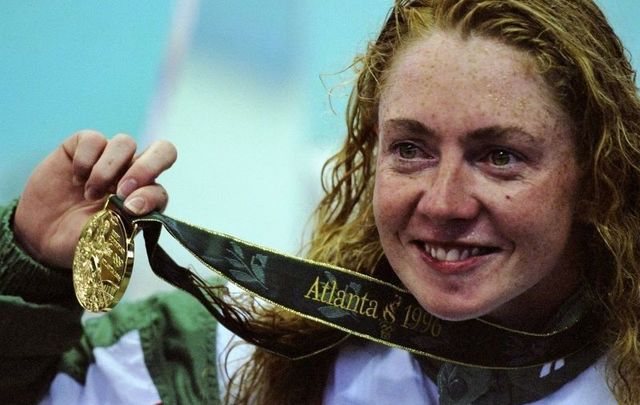 July 22, 1996: Michelle Smith of Ireland with her gold medal for the women's 400 metre freestyle at the Georgia Tech Aquatic Center at the Centennial Olympic Games in Atlanta, Georgia. Getty Images / Jed Jacobsohn / Allsport

Dear Reader, I have ignored  clear evidence in front of me proving me wrong when it comes to a major issue.

I can explain and understand the anti-vaxxers to some extent because I distinctly remember, once upon a time, being just as fervent and just as wrong about that major issue.

We look at anti-vaxers and think  "how can they be so wrong ." But sometimes we were guilty of the exact same mistaken conclusion in a different context.

In my case, it was the Irish Olympic swimmer Michelle Smith who captured the hearts of the Irish and indeed the world when she won three gold medals in swimming at the 1996 Summer Olympics in Atlanta. 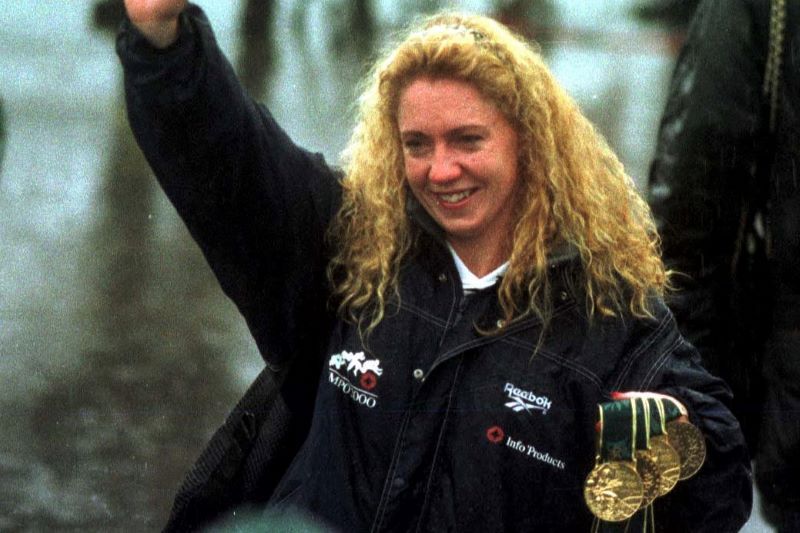 Winning a gold medal may be blasé to Americans who win hundreds of them. In Atlanta, for instance, they won 101 of them.

But for Ireland, the story is far different. People still recall, with justifiable pride, the incredible 1956 Summer Olympics in Melbourne when Irishman Ronnie Delaney won the marquee event, the 1500 meters.

They have not come close since in 66 years to another track gold.

Sure, they win in amateur boxing and rowing,  but those cannot be considered major sports.

But swimming certainly is, Think Michael Phelps, Mark Spitz, Katie Ledecky, all sporting superstars. For a brief golden moment, Michelle Smith was up there with the best of them and the Irish were bursting with national pride.

Incredibly, she had won three golds and a bronze at age 26, an age when most swimmers are thinking of retirement. She herself claimed people told her it was the most astounding performance in Irish sporting history. Not quite.

Smith was a talented but hardly a remarkable swimmer. Then in 1992, she met Dutch discus thrower and her future husband Erik de Bruin who had been disqualified from international competition for four years for doping.

Suddenly, Smith began to improve in leaps and bounds. She broke 43 Irish swimming records within a very short time frame.

The improvement was astonishing. As the Chicago Tribune noted in a 2000 profile of Smith, “Her best time in the 400-meter intermediate medley had been 4 minutes 58.94 seconds. That came in 1992, when she briefly considered retirement. At the 1996 Olympics, she won in 4:39.18.”

That is an improvement of close to 20 seconds. Did she grow water wings?

I was among those who argued she did and completely ignored the truth right in front of me, just like the anti-vaxxers.

After her astonishing wins, Smith came to New York to the Irish Consulate for a victory reception. I was very impressed. She spoke in both English and perfect Irish. She was lovely, understated with perfect pitch, a person like that would never have cheated, I was sure and certain. I’d been around and would have picked up any shenanigans, I felt sure.

The whole nation of Ireland felt the same. However, word was already out on Smith being a possible cheater but the Irish were having none of it. Gary O’Toole, himself an Olympic swimmer, who harbored private doubts, was told by bosses on RTÉ, Ireland's national television and radio station, not to mention the issue whatsoever.

O’Toole, however, eventually wrote damningly of a dramatic change in Smith’s physical shape. "It was a complete metamorphosis," O'Toole said. "The Michelle I remembered had been round and feminine and carried not a lot of excessive weight, but some.

"I looked at her and said, `My God, what have you been taking?"

What indeed. Michelle maintained her innocence but then in 1998, still competing two years after the furor had died down, she missed several mandatory urine tests.

Finally, urine testers arrived at her home catching her off guard.

She disappeared for a few moments and returned with a urine sample. The testers and the forensic expert who examined the sample said it smelt of whiskey and was completely useless.

But to cap it all, a revelation released at the same time by the international governing body FINA (Fédération Internationale De Natation) that she had also tested positive for a testosterone drug led to a whole new hue and cry.

By now I was finally seeing the light even if many in Ireland did not. Hilariously, a shopkeeper in Meath told the Chicago Tribune: "She wouldn't have had all these problems if it weren't for that fella she's with.”

That was the equivalent of saying the Kansas City Chiefs would have won the Super Bowl if Tom Brady hadn’t been playing for the Tampa Bay Buccaneers. Erik Bruin, with his own shady drug past, was surely the “genius” who had created Smith the unlikeliest Olympic champion.

And I had made an idiot of myself in print and on-air believing a fairy tale about an Irish princess. Devotees of Lance Armstrong would understand. He raised millions for cancer. Great guy, but definitely a cheat.

So the anti-vaxxers, like me and most of the Irish population in the Smith case, are ignoring every flashing light warning of the truth.

In the case of the anti-vaxxers, I don’t know how many billions of vaccinations have been given already without any serious unforeseen consequences.

Michelle Smith was Ireland's golden girl for a brief shining moment. To this day, she protests her innocence as her Wikipedia entry, very favorable to her, makes clear. She is now a successful lawyer still claiming innocence but people are deeply skeptical, to put it mildly.

The anti-vaxxers seem equally deluded. If it swims, walks, and quacks like a duck, chances are it is one. The anti-vaxxers have confused political maneuvering with truth the same way I let my Irish nationalism overrule common sense. In the end though, reality bites.