Ireland is defeating Covid, while the US is nowhere near

Put plainly the vast majority of Irish trust their government, while a very large percentage of Americans do not. 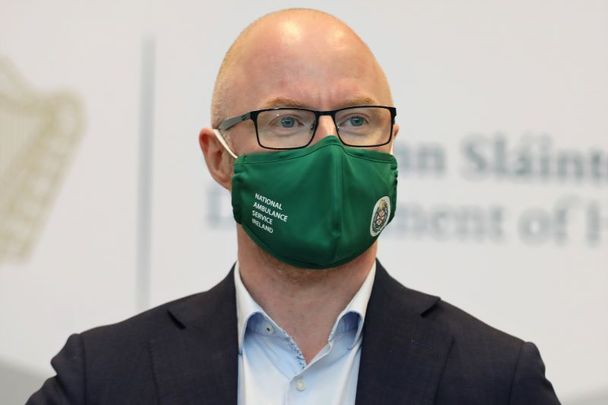 In the Irish Republic just under 90 percent of those eligible have been vaccinated against Covid-19.  Experts there say the pandemic should be in full retreat by mid-October.

Here in America, the percentage of fully vaccinated is 52 percent, and the battle to achieve anything like the Irish numbers looks like a very longshot indeed.

The difference is the notion of trust in government. Put plainly the vast majority of Irish trust, while a very large percentage of Americans do not.

However, it still leaves 45 percent or so of Americans unconvinced they need vaccination.

There is a strong pro-death lobby – that’s the only way I can describe it –within the Republican Party who seek to prevent the Biden mandate from saving lives.

They hide under a feigned air of anger that Biden would do such a thing as mandate vaccines for those at risk, but their real agenda is a political one -- to prevent at all costs Biden taking credit for ending the pandemic.

Florida Governor Ron DeSantis was in Nebraska two weeks ago surfing a wave of goodwill on his mask policy which has caused numerous deaths in Florida, but what the hell, it gets up the noses of Biden and the liberal media.

Back home in Florida, his approval has dropped 10 points. People are not stupid.

There are anti-vaxxers in Ireland too, but they tend to be far less numerous. Irish Health Minister Stephen Donnelly had protestors this week outside his home in Wicklow loudly proclaiming their opposition to vaccines.

A flavor of the temperament and make-up of the crowd is provided by this Irish Times description:

“One of the protesters present on Friday night was Dee Wall, also known as Dolores Webster, a well-known far-right activist who has previously been visited by gardai over threats she made to President Michael D Higgins.

“In a video filmed outside the Minister’s home on Friday night, she accused medical workers of being involved in the murder of Irish people and promised they would be brought before a court.”

Little wonder the anti-vax movement is foundering there. The protestors have hardly any traction with the public and are widely derided.

The number of Covid patients hospitalized in Ireland hovers around the 300-mark with around 60 people in intensive care.  It is hard to fathom, given those numbers, what the protesters are angry about.

Like every other country, Ireland has had its difficulties dealing with the pandemic, but the Irish now appear on a glide path to successfully containing it.

I wish it was as simple in America. Fox News anchor Chris Wallace destroyed Nebraska Governor Pete Ricketts, who claimed the vaccine directive from the federal government is illegal.

Wallace merely put up on-screen the seven or so mandatory vaccinations imposed by the federal government and carried out by the state on every young person starting school. Included were the chickenpox vaccine, polio, and tetanus.

Ricketts could not give a plausible rebuttal because he has none.  In their haste to defeat Biden and please Donald Trump, the GOP governors are twisting themselves into pretzels seeking to justify policies that will inevitably cause unneeded deaths. I wonder how they sleep at night.