St. Patrick’s Day is rising in popularity, especially with younger people who are already making March 17 party plans and plan on wearing green! 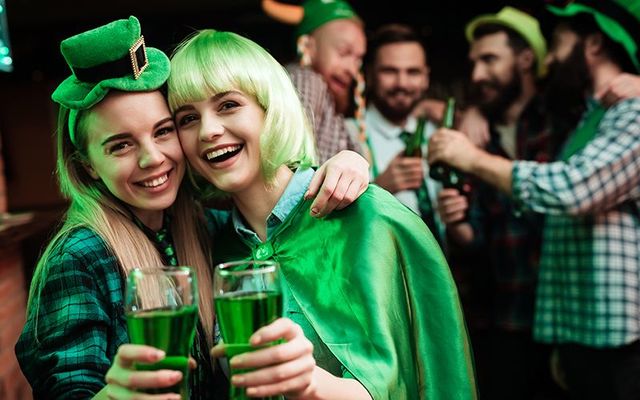 Going green in the US for St. Patricks' Day!? You're certainly not alone. Getty

St. Patrick’s Day is rising in popularity, especially with younger people who are already making March 17 party plans and plan on wearing green!

If the Irish are supposed to be dying out in America someone forgot to tell St. Patrick. Amazingly, St. Patrick’s Day is becoming more popular than ever, a survey by the National Retail Federation shows.

Also, according to the trade group, Americans spent $6 billion last St. Patrick’s Day that is almost double the $3.3 billion that they spent on the big day in 2009.

Meanwhile, WalletHub predicts $5.6 billion will be spent on this St. Patrick’s Day. Also, an estimated 13 million pints of Guinness will be consumed worldwide on March 17. That 890 percent more Guinness drank than on a normal day.

The increase in young adults taking part is startling.

“A decade ago, roughly half of consumers under the age of 35 planned to celebrate St. Patrick’s Day; today it has grown to over 70 percent,” says the report.

Interestingly, younger revelers dominate. Seventy-two percent of 18 to 35-year-olds, 57 percent of 35 to 54-year-olds, and 41 percent of the age bracket 55 and over plan to celebrate.

In that same demographic of 18 to 35, 86 percent of women and 82 percent of men who will be celebrating, plan to wear green regardless of where they live.

As people make their way to their festivities, Uber is teaming up with Mothers Against Drunk Driving to encourage everyone to party safely, plan ahead and get a designated driver.