Dinner with Pelosi and Schumer and a deal on DACA. Right on Don! 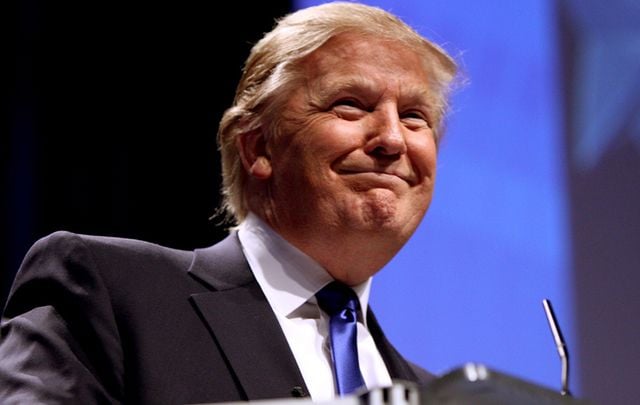 Dinner with Pelosi and Schumer and a reported deal on DACA. Right on Don!

Dinner with Chuck and Nancy at The White House and a deal on DACA over dessert, according to the Democrats.

“We agreed to enshrine the protections of DACA into law quickly, and to work out a package of border security, excluding the wall, that's acceptable to both sides,” Nancy Pelosi and Chuck Schumer said in a joint statement.

Give the devil his due, Trump knows he made a mistake on DACA and he has had the guts to rescue it.

800,000 kids across the country, including some Irish who came to America as toddlers, can hopefully breathe a sigh of relief. The Don in the White House just made an offer no one can refuse – though his hardliners would love to.

The White House did not deny the deal which sets an extraordinary tone for this new session of Congress.

There’s a runaway president, jilting his own party at the altar.

The GOP loony right are not happy. The nasties were quick off the block as The New York Times reported:

"Representative Steve King, Republican of Iowa, wrote on Twitter that if the reports were true, “Trump base is blown up, destroyed, irreparable, and disillusioned beyond repair. No promise is credible.” The website Breitbart, run by Mr. Trump’s former chief strategist, Stephen K. Bannon, had the headline “Amnesty Don.”

Trump is beginning to get the hang of this political thing. The art of the deal is 51 votes in the Senate and 219 in the House.

Does not matter how you pile them up.

And after the abject failure of House and Senate Republicans to deliver on Obamacare, Trump has rightly decided to go another route.

If he keeps this up he will resemble Lyndon B. Johnson who was known to threaten castration in pursuit of a deal.

With Trump it was dinner with Nancy, considered the anti-Christ on the right and Chuck, as shrewd a politician as New York has ever produced – which is saying something.

Republican heads must be spinning like those little tops kids would whip years ago.

Now they are the ones who are getting whipped. Mitch McConnell surely has a face like “boiled shite,” to use the phrase Brendan Behan memorably coined.

Trump knows the Republican base thinks McConnell is diseased and that Paul Ryan has a finger permanently measuring the wind.

Trump said it would not be politics as usual – boy was he right.

He's trying on the left boot now after the right boot got stuck.

So far Cinderella would have no complaint.

How long will it last, this pivot to the center?

Nobody, not even Trump knows.

He will love the media spin though – The Dealmaker.

“More and more we're trying to work things out together,” Trump explained Wednesday, saying the development is a “positive thing” for both parties.

“If you look at some of the greatest legislation ever passed, it was done on a bipartisan basis. And so that's what we're going to give a shot,” he said.

BREAKING: @Lawrence tells @maddow the news that happened while she was on air: Schumer & Pelosi say Trump agreed to enshrine DACA into law. pic.twitter.com/Ym0sQJRuUc