I was an undocumented immigrant. Trump's hatred for them is un-American.

Responding to the State of the Union Address on Tuesday, Niall O'Dowd finds President Trump's hatred of the undocumented un-American. 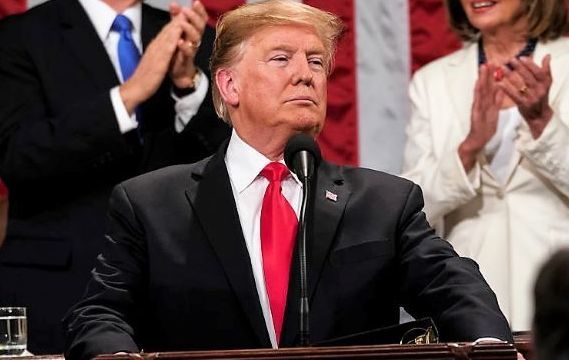 POTUS Donald Trump’s hatred for undocumented immigrants is un-American. I  should know, I once was undocumented too.

Donald Trump's full-on display of hatred towards undocumented immigrants during Tuesday night's State of the Union Address affected me personally as I once was undocumented too.

I find it strange that this American president stoops to conquer and vilify those who have so little, except hopes and dreams of a better life.

During his State of the Union, President Trump could have gone a different path and featured the undocumented immigrants who became heroes. There is no shortage of such tales.

Why didn't he mention Antonio Chacon, an illegal alien who, after seeing a child being abducted in Albuquerque, New Mexico, chased the kidnapper down and forced the girl's release?

Or, as Univision reported: “On the day of the Boston marathon bombing of 2013, (undocumented) Costa Rican Carlos Arredondo rushed to help the victims just after the explosion of the two bombs. He made a tourniquet for Jeff Bauman, a victim who lost both legs, and saved his life. His picture in a cowboy hat next to Bauman in a wheelchair circulated around the world.”

Or, why not mention José Gutierrez, who, in March 2003, became the first American soldier killed in combat after the invasion of Iraq? He was an orphaned undocumented Guatemalan who had entered the U.S. at the age of 22.

Undocumented people are not devils, they are not monsters. I know, I once was undocumented too.

Go back a few decades and Trump would be describing me, an undocumented immigrant in California, from 1980 to 1983.

I wasn't attacking or killing anyone. In fact, I was setting up a painting company called Sundance Painting and employing Americans. I had never painted in my life, but this was America.

Yes, I was white and educated, but I was also driven by the ethos and can-do spirit of America which made sleepy old Ireland that I had left seem like a complete backwater to live in.

Read More: Trump is making it all up - the Mexican border and terrorists

Hitting America is like “splitting the atom,” as New York Times columnist Jim Dwyer once described it. Talents in business that would have never surfaced emerged only after coming to America.

I was injected with the greatest medicine on earth, the one that millions are infected by that strengthens your body, activates your brain, sharpens your skills - It's called living in America. It ran through my veins.

Later, I started a newspaper at age 26 with no journalism training and employed scores of Americans while still undocumented. 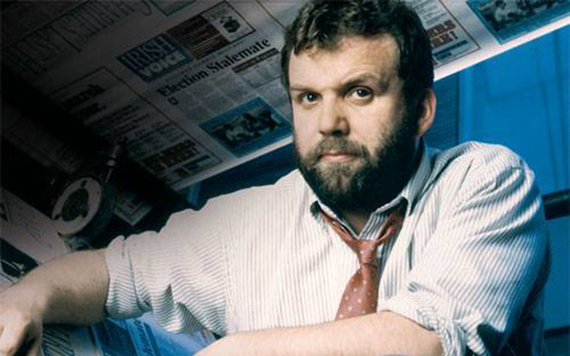 Niall O'Dowd, at the beginning of the Irish Voice in New York, over 30 years ago.

When you walk in someone's shoes you get to understand the hopes and dreams and fears that numerous immigrants who live and have lived here without papers feel.

The Immigration Act of 1986 bore his signature. It legalized undocumented and allowed them to breathe free.

There’s a reason why Reagan was a great president. We miss him today.

President Reagan often quoted Abraham Lincoln about the “mystic chords of memory” that stir and haunt every American whose ancestors once arrived on these shores. They know somewhere, somehow an ancestor found a way to breast the Atlantic or the Pacific to come here. It inspires them, as it should.

The narrow nastiness of the Trump vision is in stark contrast to what I experienced. The demonization language he uses comes out of the 19th century when the “yellow peril” warned of the Chinese, the Irish were “ape-like,” and the “wop” was the insulting term for an Italian. As for the Blacks, they were only good for slavery.

Read More: Number of Irish deported from the US has almost doubled since Trump became President

All those hatreds were based on fear and loathing and we thought they were long over. But they are back with an American president who stirs hate and racial fears.

FDR, another great president, wrote: “There is nothing to fear but fear itself.”

Fear itself, alas, is what Trump is peddling.

Here are some highlights from Donald Trump's State of the Union 2019 address:

How did you feel about Trump's comments about immigrants? Let us know in the comments section below.