If the US President is falling apart than the New York Times anonymous op ed writers needs to reveal themselves and sound the alarm as loudly as possible otherwise it's the White House and Trump that benefits. 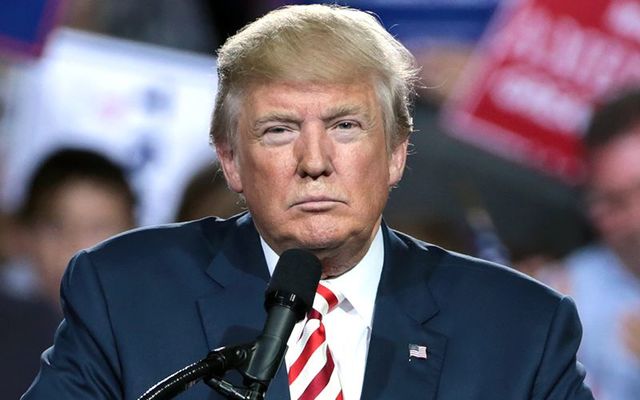 It's only President Donald Trump who will gain from the New York Times scathing anonymous op-ed. Gage Skidmore / Flickr.

If the US President is falling apart then the New York Times anonymous op-ed writer needs to reveal themselves and sound the alarm as loudly as possible otherwise it's the White House and Trump that benefits.

Donald Trump is furious at his hidden attacker and he has every right to be.

I rarely agree with Donald Trump, but I believe he is right to pour scorn on the anonymous writer of The New York Times op-ed column, which outlines his bizarre behavior in the White House.

Even if every word is true, it is still an anonymous attack, which is all too easy to carry out.

Does the so-called “Senior Administration Official” really exist, or is it just the Failing New York Times with another phony source? If the GUTLESS anonymous person does indeed exist, the Times must, for National Security purposes, turn him/her over to government at once!

Track down to the reader’s comments on any IrishCentral article and you will find a plethora of attacks, often biting and savage, on articles which they disagree with.

It costs nothing to call yourself Tom Thumb or George Best or whatever anonymous name you adopt but don’t expect to be taken seriously.

If the author of the Times piece really feels that Trump is coming apart he/she owes it to the American public to reveal themselves and sound the alarm as clearly and passionately as they can.

If it is a matter of such great importance the person needs to strip away any doubt that he/she is just “crying wolf” from behind a chain link fence like so many others.

The country needs honesty and bravery at this time and anonymous writers don’t hack it in my book.

If catastrophe is really on the horizon why not man/woman up and say that the President is not rational and he needs to go. Stand behind your arguments. Don’t hide from them.

The New York Times will no doubt defend their honor to the last, but they have breached a very important code, anonymous sources cheapen and degrade a story. They do not add to it.

Not since Richard Nixon has a president been so badly beaten up by his own staff and beset by journalistic thunderbolts.

It is incredible, but Bob Woodward may well bring down a second American president making him one of the most powerful men in history.

Woodward uses anonymous sources but has them on tape and he has penned his articles under his own byline, so kudos to him.

The already discredited Woodward book, so many lies and phony sources, has me calling Jeff Sessions “mentally retarded” and “a dumb southerner.” I said NEITHER, never used those terms on anyone, including Jeff, and being a southerner is a GREAT thing. He made this up to divide!

The only fault I find is that even when Trump asks a highly relevant question ie. “What are we still doing in Afghanistan after 16 years?” It is dismissed as a dumb query.

But to Mr./Mrs. Anonymous I say “You have made matters worse, come clean if it really is the crisis you believe it is. Your move will only make the president more irrational in his actions, not less. The loss of your job will be the least of your problems and you will have done the state some service.”

Worse we may inherit a wag the dog scenario where a desperate President will try to start a race war or a military war to distract attention.

I’m draining the Swamp, and the Swamp is trying to fight back. Don’t worry, we will win!

As to who it is who wrote the op-ed, long years of journalism always lead me to the same calculation. I can only ask the question “Cui bono?” (“Who benefits?”). That would be Vice President Mike Pence who has many friends in the administration.

Come out, come out whoever you are.