When Ireland banned Casablanca as unfair to Nazis

The Casablanca ban in Ireland was a strange one and came down to Ireland's neutrality during World War II. 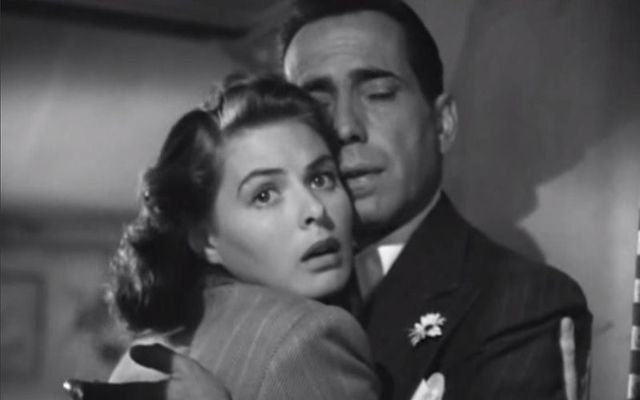 The Casablanca ban in Ireland was a strange one and came down to treating Nazis equally to the Allies.

The decision by the Irish government, in 2019, to ban the viciously anti-gay campaigner Steven Anderson was the correct one given his hate speech. At the time, the banning recalled some famous or infamous decisions made by Irish censors over the years.

Ironically, the man who banned Anderson was Justice Minister Charlie Flanagan, whose own father, Oliver J. Flanagan, was once a controversial politician widely known for anti-Semitism.

When he was elected to the Dáil in 1943, his first speech infamously promised to “rout the Jews out of this country.”

Incredibly, his ranting did him no harm politically and he was Minister for Defense for a time.

In fairness, his son Charlie Flanagan is widely known as a moderate progressive politician, who shares none of his father’s rabid convictions.

Perhaps Oliver J’s most infamous quote is “There was no sex in Ireland before television,” which has gone down in the history books.

But before Ireland becomes too congratulatory about itself, it is interesting to see what books and films they banned themselves.

The most infamous banning was of the classic “Casablanca” in 1942. Considered by many experts among the best films ever made, the officially neutral Ireland said it was Allied propaganda and felt sorry for the poor Nazis and how they were portrayed. It starred Humphrey Bogart as Rick and Ingrid Bergman as Ilsa.

It was banned on March 19, 1942, for infringing on the Emergency Powers Order (EPO), preserving wartime neutrality in the way it portrayed Vichy France and Nazi Germany in a "sinister light."

It was later passed with cuts on June 15, 1945, after the EPO was lifted – this time the cuts were to dialogue between Rick and Ilsa referring to their love affair. It seemed even talking about affairs was forbidden.

Amazingly, even in 1974, the people of Ireland had to be saved from “Casablanca.” The censor passed it with one cut on July 16, 1974. RTÉ had asked about showing the film on TV – it still required a dialogue cut to Ilsa expressing her love for Rick.

Needless to say, the film of Joyce’s Ulysses was also banned in 1967, mainly because of the Molly Bloom soliloquy which was deemed too pornographic for the tender ears of Irish filmgoers.

Perhaps the most bizarre banning was WWF wrestling which the censor in 2001 said showed ”gladiatorial bloodlust” and baying crowds.

Edna O’Brien had the temerity to write “The Country Girls” in 1960, dealing with young women and their sexual adventures and thoughts. The Irish establishment went wild and the book was banned.

As O’Brien remembered, “Unbeknownst to me, a heated correspondence passed between Archbishop McQuaid of the Dublin diocese, Charles Haughey, then a minister, and the Archbishop of Westminster Cathedral, all deeming it filth, a book which should not be allowed in any decent home. My poor mother was ashamed and had her own private battle with me. She erased with black ink any of the offending words, and the book was put in a bolster case and placed in an outhouse. So much for the glories of publication.”

The notion of Charles Haughey, a known womanizer and cheat, pontificating on the need for women to be chaste and pure almost goes beyond belief.

So the history of banning in Ireland isn't a proud one, recent banning excepted. Censorship went hand in hand with the church for generations and led to some very strange decisions indeed.