Remember those interminable lines of trucks lined up at Dover and Calais? They haven’t gone away you know. 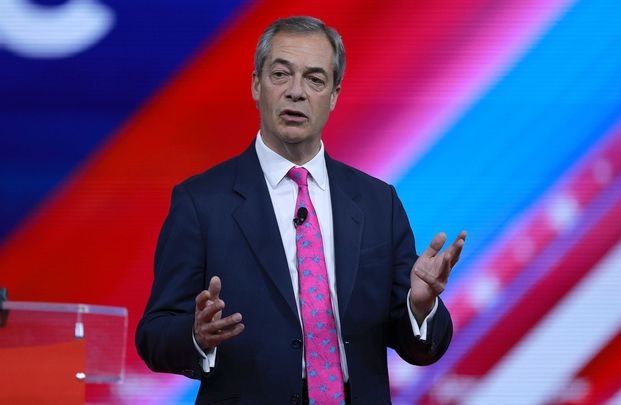 English soccer manager Gareth Southgate made an insightful comment recently when he said, “England’s history is not as great as millions of British seem to think.”

He was specifically speaking about the soccer team he manages, but it is also a valid comment that, despite its often overbearing self-importance, England has allowed fallow dreams of the old empire to blinker itself about the reality of the role they now play in the world.

It can be a fatal mistake, as Brexit has exposed.

Southgate points out that England has won nothing since 1966 when they had the great advantage of hosting the World Cup, but that was 56 years ago and since then zilch.

But when you read the U.K. sports commentators and tabloids you are transported to a football Eden that simply does not exist. The capacity to create a fake Utopian past is one that has gripped many aspects of British society.

The attitude and arrogance Southgate identifies are to be found especially in the rump of the British Tory Party, which kept ramming through the disastrous Brexit vote in 2016 that has bedeviled the country ever since. The glory days have gone, replaced by grim economic reality as Britain suffers economic setbacks created by Brexit.

Remember those interminable lines of trucks lined up at Dover and Calais? They haven’t gone away you know.

It may be a permanent stain. Ireland’s former European Union Commissioner Phil Hogan stated, “Never have so few done so much damage to so many,” giving a new twist to Churchill’s famous speech.

Hogan went on to describe the three architects of Brexit – Boris Johnson, Jacob Rees Mogg, the leader of the hard right in the Tory Party, and Nigel Farage the, outside agitator who hyped up the  British press – as “the Three Stooges,” which is unkind to Larry, Moe, and Curly.

Recently launching a book by Irish Times columnist Stephen Collins on Brexit at the Irish Embassy in London, Hogan rubbed it into the crestfallen Brexiteers.

“They have cut themselves off from their biggest trading partner and there are now barriers to trade where there were none before,” he added, going on to list the various ways Brexit has damaged Britain.

Big Phil re-iterated one of the sorest points of all by pointing out that Paris is now overtaking London as the financial center of Europe. “At the end of the day you can’t go on blaming the French for your own mistakes,” he said.

The reality of the Brexit boondoggle has hit home. One writer for The Guardian, Jurgen Maier, recently asked, “What Have We Done?”  And then he offered a solution.

“There is another policy option that no one yet has the confidence to reverse, and that is to rejoin the single market and customs union. It was the biggest lie of them all: that we could replace the economic upside of being part of the most advanced free-trade zone in the world. No independent trade deal can replace its economic upside. It is time to face up to this as a country,” he wrote.

But will the British take such a step? Only if they can reckon with the past. The current crowd in power created the mess so they are unlikely to even try.

Meanwhile, the ordinary people of Britain must suffer. This will be a winter of discontent.