For decades we have listened to the high moral tone of O’Reilly lecturing America on moral matters. Clearly hypocrisy had no place in his lexicon. 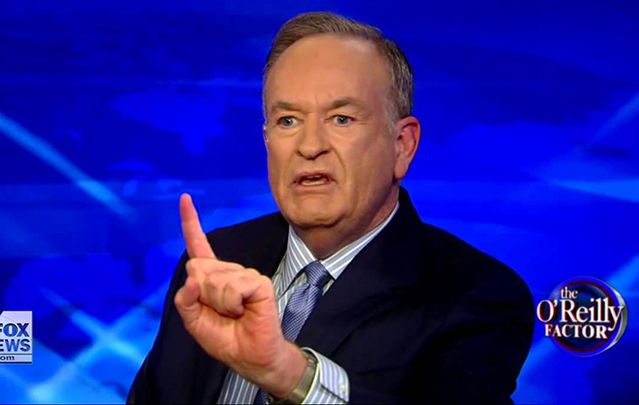 Bill O'Reilly out at Fox. Fox/Screengrab

Can you name one other employee of any company in America other than Bill O’Reilly, who would keep his job after his company helped pay out $13 million in damages for sexual harassment charges against other staff members?

Can you name a network that, after O’Reilly’s boss Roger Ailes was fired from the same reason, wouldn’t immediately instigate a root and branch reorganization of the company rather than hesitate to move against the second employee caught utilizing sexual harassment as a workplace tool?

Eventually, Fox was shamed into an outside investigation by a reputable law firm.Now they have taken the only step open to them.

“After a thorough and careful review of the allegations, the Company and Bill O’Reilly have agreed that Bill O’Reilly will not be returning to the Fox News Channel,” 21st Century Fox said in a statement.

For decades we have listened to the high moral tone of O’Reilly lecturing America on moral matters and the need to crusade against all things immoral such as taking Christ out of Christmas. Clearly hypocrisy had no place in his lexicon.

Read More: Bill O'Reilly is turning into Bill Cosby before our eyes

He probably felt he would be protected by powerful friends. Guess who rushed to his defense when the accusations raged, that other high king of moralizing? Good old President Trump, who weighed in on behalf of his fellow New Yorker.

“I don’t think Bill did anything wrong,” Trump said last week. “He’s a person I know well; he’s a good person.” Sure --and so is Billy Bush, his tiny little yelping dog who yap yapped uproariously when Trump mentioned his own penchant for groping women.

Gabriel Sherman of New York Magazine has proclaimed O’Reily toast based on his contacts, which is good enough for me. Sherman is legendary in his field of monitoring networks - especially Fox.

The wonder is that O’Reilly even lasted so long. He made it sound like women coming onto him was the real problem and that he was being unfairly judged.

But if you go to the court record it is fascinating what you find.

Read More: Sex pest Bill O'Reilly should be fired by Fox, but instead they're covering up for him

Liars can lie in public but evidence in court is a very different matter. In 2015 O'Reilly and wife Maureen McPhilmy were locked in a bitter divorce. Their daughter told a court-appointed forensic examiner that she saw her father dragging McPhilmy down a staircase by her neck at the couple’s home in Manhasset, New York.

O’Reilly released a statement denying the accusations. It read: “All allegations against me in these circumstances are 100 percent false. I am going to respect the court-mandated confidentiality put in place to protect my children and will not comment any further.”

Gawker published the transcripts from the court case in May 2015 which stated: “M. [Madeleine] reported—having seeing an incident where I believe she said her dad was choking her mom or had his hands around her neck and dragged her down some stairs.”

Now Bill is the person finally being dragged down. Why did it take so long? Only the “Dirty Digger” Rupert Murdoch knows but even he, it appears, has been shamed into doing the right thing at last.

What do you think of Bill O'Reilly getting the boot from Fox? Share your thoughts in the comment section.