A total of $13 million has been paid in settlements to women accusing the Fox News host of sexual harassment. 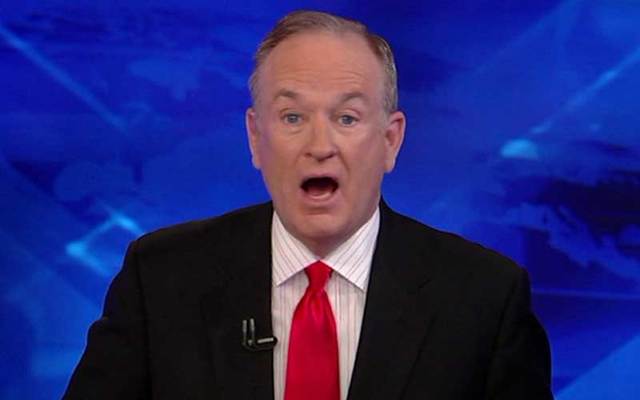 Bill O'Reilly and Fox have paid out a total of $13 million to women allegedly harassed by the television host, The New York Times reveals. FOX

Bill O’Reilly is a dirty old man. The New York Times has revealed he and Fox have paid out $13 million to women O’Reilly harassed who worked with him.

Far from firing him, Fox upped his contract and not a word was spoken. Seems like Fox forgot to report (you decide) their star is a serial sex pest.

If they didn’t do the right thing they found their jobs gonzo or their guest appearances disappeared.

Coming in the wake of the Roger Ailes scandal when the Fox News CEO was revealed as a serial sex maniac one should hardly be surprised by the hypocrisy of it all.

Bill, of course, blamed it all on gold digger women out to get him and his money.

“Just like other prominent and controversial people,” his statement read, “I’m vulnerable to lawsuits from individuals who want me to pay them to avoid negative publicity. In my more than 20 years at Fox News Channel, no one has ever filed a complaint about me with the Human Resources Department, even on the anonymous hotline.”

Sure, all these women all made it up, reporting the very same kind of detail. Sure.

Then, of course, there is the thorny matter of his wife and their very nasty divorce. Bill O'Reilly and Maureen McPhilmy separated in 2010 after 14 years of marriage and divorced a year later. They have just emerged from a prolonged custody battle, during which it was claimed that O’Reilly dragged McPhilmy down a set of stairs by her throat. McPhilmy was granted full residential custody of the couple’s children, 13 and 17-years-old, in March 2016.

He has no shame, like his network. In public the Fox anchors and leaders pitch a patriotic holier than thou spiel, often with right wing religious flavor, always allegedly standing up for the little folk.

Why Bill himself practically put Christ back in Christmas with his campaign to end discrimination against the holy day.

If you watch Bill he always has that high moral tone, speaking out on liberal excesses.

He is preaching to the choir of elderly Fox viewers who have been known to wet their Depends when he comes on, they love him so much.

He makes $18 million a year, not bad for a middle-class Irish Catholic lad from Long Island. He also makes a fortune on ancillary business, best-selling books, lecture tours.

We always knew Bill was a bit of a jerk off.

Wendy Walsh, the former frequent guest on Mr. O’Reilly’s show, told The Times what happened when she declined Big Bill’s offer to some horizontal jogging in his hotel bedroom.

She said he had offered her a job as a contributor before the bedroom offer but that was withdrawn after she refused. She declined an invitation to go to his hotel suite after a dinner in 2013.

“I feel bad that some of these old guys are using mating strategies that were acceptable in the 1950s and are not acceptable now,” she said. “I hope young men can learn from this,” she told The Times.

Fox never raised a finger as their golden child continued to pull in the ratings and the money. Like with Ailes, he was untouchable.

One settlement dating back to 2004 was for $9 million, that’s a lot of loofah for dirty phone calls.

In a written statement to The Times, the 21st Century Fox company acknowledged they had spoken to big Bill.

“21st Century Fox takes matters of workplace behavior very seriously,” the statement said. “Notwithstanding the fact that no current or former Fox News employee ever took advantage of the 21st Century Fox hotline to raise a concern about Bill O’Reilly, even anonymously, we have looked into these matters over the last few months and discussed them with Mr. O’Reilly.”

In other words Bill, keep the checks rolling in from the advertisers ($426 million since 2014) and do whatever the hell you want with those puny, whiny women you want to feel up. (Maybe you learned that trick from the Donald.)

There are five women suing Bill while six women have come forward on Ailes. That’s eleven in all. God knows how many women have not come forward or who succumbed to the creatures from the lagoon when they came crawling seeking to discuss Ugandan affairs. (Discussing Ugandan Affairs is Private Eye magazine’s delicious way of describing conscious coupling).

Fox sounds like Animal House with O’Reilly as John Belushi. Murdoch should fire him, but he won’t. Imagine Fox if this was an NBC scandal? Alas,in the age of Trump hypocrisy rules. Continue to live the life of O’Reilly, says Fox.