Bill O’Reilly is turning into Bill Cosby before our eyes 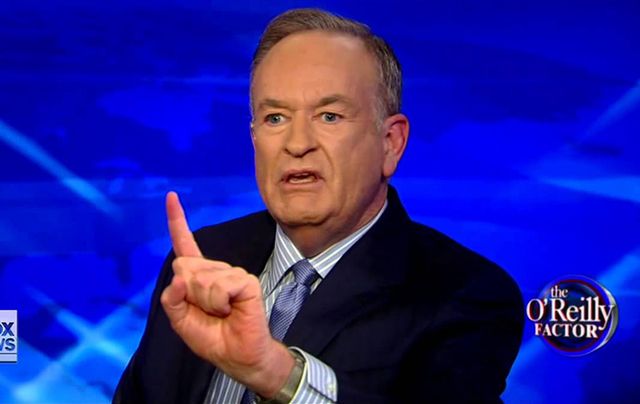 Still of Bill O'Reilly on his Fox News show, "The O'Reilly Factor".

Bill O’Reilly appears to be morphing into Bill Cosby right before our eyes. The once exalted Fox superman has suddenly become an untouchable, the great man melting away like Frosty the Snowman on a spring day.

Twenty companies, including Allstate, BMW and Mercedes have called a halt to advertising on his program.

The trickle has become a deluge, the stories of wronged women keep coming.

Yesterday a woman named Doctor Wendy Walsh with a PHD in Psychology gave very convincing evidence of O’Reilly turning on her like a cobra when she refused to go to his hotel room when he was in Los Angeles for the Oscars.

O’Reilly has been unmasked, shamed and made to look thuggish in the light of day by women coming forward. O’Reilly’s boss Roger Ailes was eventually called out on his harassment, just as Cosby was by brave women who defied him and told the truth about his date drugs.

O’Reilly tried to get away with it claiming a man in his position was bound to have women seek to take advantage.

It is a spurious argument. There are no harassment claims against Sean Hannity, Anderson Cooper or any other top media names. Where there is smoke, there is fire.

Now the Long Island Lothario, a son of the old sod, has “chicks” coming home to roost, literally.

What is constantly amazing is the hypocrisy that accompanies such downfall. Cosby constantly lecturing about values and family life, O’Reilly pontificating on matters of morals and morality, Ailes building a “family friendly” network putting Christ back in Christmas, while acting like a perverted bullfrog himself at the same time.

They remind me of some of the Irish Catholic priests who we learned were serial molesters. Chief among them was one Father Michael Cleary, who damned those who dared question his authority, stigmatized those caught breaking the 6th commandment all the while secretly keeping quiet that his housekeeper’s son was his child.

What amazes me about men like Cosby and O’Reilly is that just by acting normally, given their superstar status, they could have had most women they liked. There was no need for date drugs or false promises of stardom if they did his bidding.

But easy availability was no challenge to them, and the end result was catastrophic for themselves and their families.

Can Bill O'Reilly survive? Did the dinosaurs? Maybe he needs lessons from the great survivor himself, his buddy Donald Trump who survived much more and became president. It has sure got crazy in Foxland lately. Somewhere, Megyn Kelly must be smiling.

Read more: Sex pest Bill O’Reilly should be fired by Fox but they have covered up for him instead

.@Lawrence shows you how to send a message to Bill O’Reilly as advertisers flee: https://t.co/Tk6IrfnxfL pic.twitter.com/C1tuqI1kak