"Every American was entitled to 'life, liberty and the pursuit of happiness.' Those little kids had those guarantees ripped away from them." 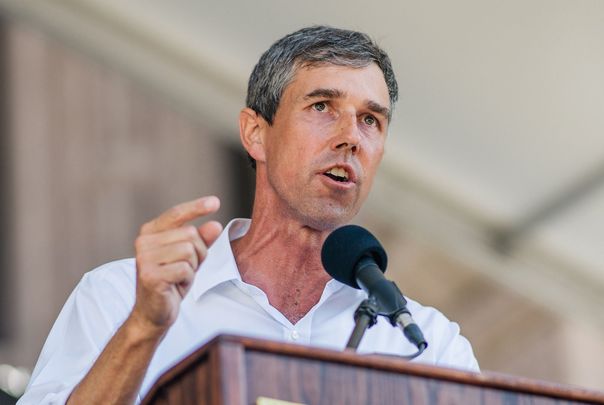 Beto O’Rourke, the Democratic challenger for Texas governor, went into the lion’s den when he confronted current occupant Greg Abbott during a press conference Abbott was holding after the horrific killings in Uvalde.

Some of the little children had been so badly wounded and disfigured that police had to request blood samples from the parents to ensure they had the right family.

In the midst of that reality, the pantomime performance featuring crocodile tears from Governor of Texas Greg Abbott was disgraceful.

It was the usual duck and dive by the Governor who has introduced the most pro-gun bills in the history of his state. He is scheduled to appear at the National Rifle Association on Friday where he can brandish his rifle as he has been known to do and whisper “mission accomplished” to the fat cats present who thrive on mass killings because people buy more guns to “protect” themselves.

But O'Rourke would not let Abbott away with it this time. He strode into the press conference after Abbott had spoken and pointed the finger of blame at the sitting governor.

He told him, in so many words, there was blood on his hands because Abbott had been relaxing every gun law on the books making it easier for insane young men like the shooter to buy weapons.

And buy them he did as soon as he turned 18. He can’t buy a drink legally in Texas until he’s 21, but an assault rifle or two at 18 is fine, and here's some ammunition to boot.

This is all allowed under the aegis of the disputed Second Amendment, written at a time when militias had muskets that fired one shot at a time and took ten minutes to reload.

Alas, the little children of Uvalde had to pay with their young lives to keep the Second Amendment pure.

I have a better idea, replace it with an already written down paragraph in our Declaration of Independence. It was Thomas Jefferson who wrote that every American was entitled to “life, liberty and the pursuit of happiness.”

Those little kids had those guarantees ripped away from them. Their lives would end at ages nine or 10. There would be no liberty, no pursuit of happiness such as baseball, dancing, first kiss, graduation, marriage, and children of their own.

Follow our updates on the school shooting in Uvalde, Texas. https://t.co/yZQA0TuQL0 pic.twitter.com/ldwxNlQh07

Instead, all that waits is the stone-cold grave and the broken hearts of those they left behind.

So thank you O'Rourke for telling it how it is and breaking through the lies and deceit the Texas Governor came up with.

I wonder how well Greg Abbott will sleep tonight.