How hard is it to buy a gun in Ireland? Does it make a difference?

Should the US adopt similar gun laws to Ireland? What are the gun laws in Ireland? How does gun legislation in Ireland impact the rates of gun violence there? We take a closer look. 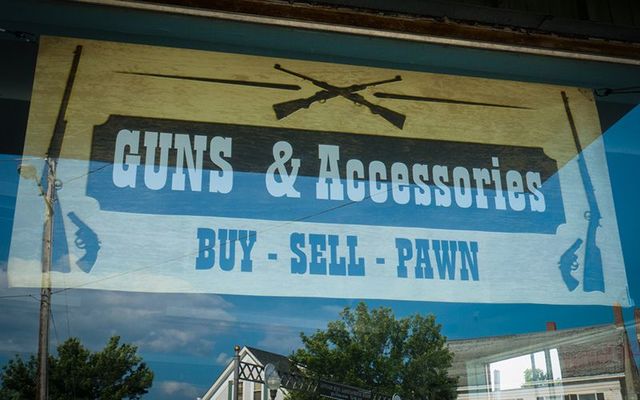 A gun shop in Maine. iStock

What are the gun laws in Ireland? How does gun legislation in Ireland impact the rates of gun violence there? We take a closer look.

As the matter of gun law in the United States continues to be brought to the front of the public's minds, with almost daily shootings and constant political debate it's little wonder that so many of our readers have been inquiring about the gun laws in the Republic of Ireland.

We thought it would be a good time to explore the gun laws in Ireland, which are much stricter than those in the US and their impact in terms of gun violence.

Ireland, according to GunPolicy.org, has some of the most restrictive firearm legislation in all of Europe.

In Ireland, those wishing to purchase a firearm must be 16 years of age or older and must have been living in Ireland for at least six months in order to apply for a firearm certificate.

(That minimum age of 16 - two years younger than America’s limit of 18 - is the only way in which they are less restrictive.)

Applications for a firearm certificate are made via local Gardai (police), to whom you must demonstrate a ‘good reason” for wanting one, such as hunting or protecting flocks as a farmer. As John Spain wrote in a previous article on IrishCentral, “well over 90% of guns held here are shotguns and sporting rifles used for hunting or controlling vermin. These weapons are usually single shot and never automatic.”

Read More: Could US gun control benefit from a good Irish boycott?

In addition to a reason for applying for the certificate, you must also show proof of identification and age, competence with the firearm, and secure storage for the weapon and ammunition when not in use. A background check then takes place, during which Gardai will contact two people the applicant has selected as character references. They also reserve the right to contact doctors or psychologists regarding the applicant’s mental health history. The maximum legal time between application and approval is three months.

The license or certificate has to be renewed every three years. A separate certificate is required for each gun.

Most other firearms are considered restricted and a special restricted license - with an accompanying justifiable reason - must be applied for. For example, if someone wants a handgun to do target shooting, they must belong to a Gardai-approved target range or shooting club. Almost no handguns (pistols or revolvers) are allowed in private possession outside of gun clubs. Per GunPolicy.org: “Where application is for a restricted firearm, the applicant must have 'good and sufficient reason for requiring such a firearm' and must additionally demonstrate that 'the firearm is the only type of weapon appropriate for the purpose.'”

How many guns are legally owned in Ireland?

According to recent statistics, out of 100 people, there are nine guns owned in Ireland - including an estimated 150,000 unregistered or unlicensed firearms. This contrasts greatly with statistics in the US, where there are 89 guns for every 100 inhabitants.

How do the levels of gun violence compare in Ireland and the US?