"Where in God’s name is our backbone to have the courage to deal with it and stand up to the lobbies?" Biden said after the latest elementary school shooting where 21 people were murdered in Uvalde, Texas. 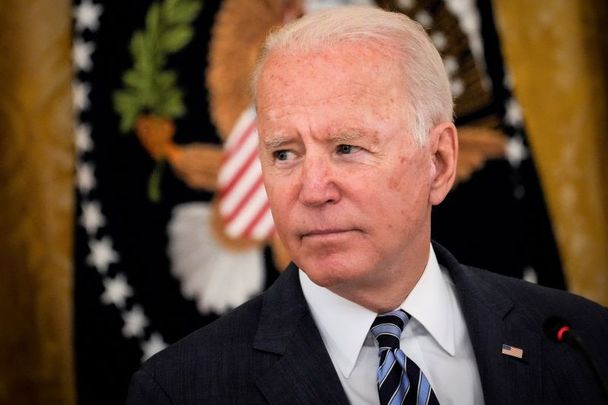 President Joe Biden said the United States must act on gun control after 19 children and two adults were shot and killed by an 18-year-old gunman at Robb Elementary School in Uvalde, Texas yesterday, May 24.

The suspect, allegedly carrying a handgun, an AR-15 semi-automatic rifle, and high-capacity magazines, opened fire at Robb Elementary School, killing 19 children and two adults. He is also suspected of shooting his grandmother, who survived.

The shooter was killed by the police.

So far in 2022, there have been at least 39 shootings in K-12 schools, colleges, and universities in America.

"I had hoped when I became President, I would not have to do this again," President Biden, with First Lady Dr. Jill Biden standing near him, said in a live address from the White House on Tuesday evening.

"And how many scores of little children who witnessed what happened, see their friends die as if they’re on a battlefield, for God’s sake. They’ll live with it the rest of their lives."

After asking the nation to pray for the victims and their families, Biden continued: "As a nation, we have to ask: When in God’s name are we going to stand up to the gun lobby? When in God’s name will we do what we all know in our gut needs to be done?

"It’s been 3,448 days, 10 years since I stood up at a grade school in Connecticut, where another gunman massacred 26 people, including 20 first graders, at Sandy Hook Elementary School.

"Since then, there have been over 900 incidents of gunfires reported on school grounds.

"And the list grows when it includes mass shootings at places like movie theaters, houses of worship, and, as we saw just 10 days ago, at a grocery store in Buffalo, New York.

"I am sick and tired of it. We have to act. And don’t tell me we can’t have an impact on this carnage.

"I spent my career as a senator and as Vice President working to pass commonsense gun laws. We can’t and won’t prevent every tragedy. But we know they work and have a positive impact. When we passed the assault weapons ban, mass shootings went down. When the law expired, mass shootings tripled.

"The idea that an 18-year-old kid can walk into a gun store and buy two assault weapons is just wrong.

"What in God’s name do you need an assault weapon for except to kill someone?

"Deer aren’t running through the forest with Kevlar vests on, for God’s sake. It’s just sick.

"And the gun manufacturers have spent two decades aggressively marketing assault weapons which make them the most and largest profit.

"For God’s sake, we have to have the courage to stand up to the industry.

"Here’s what else I know: Most Americans support commonsense laws — commonsense gun laws."

Biden noted that "these kinds of mass shootings rarely happen anywhere else in the world.

"Why? They have mental health problems. They have domestic disputes in other countries. They have people who are lost. But these kinds of mass shootings never happen with the kind of frequency that they happen in America. Why?

"Why are we willing to live with this carnage? Why do we keep letting this happen? Where in God’s name is our backbone to have the courage to deal with it and stand up to the lobbies?

"It’s time to turn this pain into action.

"It’s time — for those who obstruct or delay or block the commonsense gun laws, we need to let you know that we will not forget.

In Ireland, US Ambassador to Ireland Claire Cronin released a statement saying "My thoughts and prayers go out today to the families of the victims of the school shooting in Uvalde, Texas. The majority of the victims were children. These senseless mass shootings do not have to happen.

"I am proud that in my home state of Massachusetts, we have some of the strictest gun laws in the United States. States with strict gun laws have lower gun ownership rates and significantly lower gun death rates. As a country, we must do more. Action must be taken now to prevent this from happening again.

"Please keep the victims, their families and the Uvalde, Texas community in your prayers."

My thoughts & prayers go out to the families of the victims of the Robb Elementary School shooting in Uvalde, Texas. As a former Massachusetts legislator, passing stricter gun laws was a top priority. I echo @POTUS call for action. This is a senseless tragedy.

Taoiseach Micheál Martin offered his "heartfelt sympathies" to the families. He called the mass shooting an "appalling and shocking tragedy".

My heartfelt sympathies go to the families of those lost at Robb Elementary School in south Texas.

An appalling and shocking tragedy.