“Be not afraid” Seamus Heaney tells us

As Covid-19 rips through New York and the world we take solace in Ireland's favorite poet. Look for hope in these dire times - "noli timere." 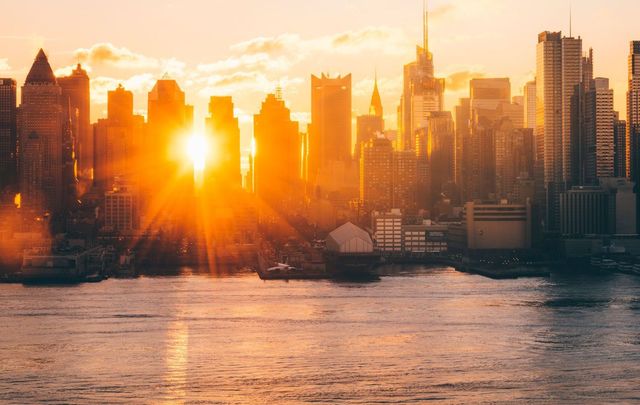 As Covid-19 rips through New York and the world we take solace in Ireland's favorite poet. Look for hope in these dire times - "noli timere."

“Noli timere “, “Be not afraid” were Seamus Heaney’s last words on his last day on earth on Aug 30, 2013, and they were addressed to his wife.

We should all take his words to heart in this time of great consequence where our earth looks like it could spin out of control.

This is a savage beast that we are facing but no, as Heaney says, we can not be afraid. Our earth and our ancestors have faced far worse. Famines, pestilence, and war did its worst but people triumphed and survived.

That is not to underestimate the Coronavirus. It is a vicious beast too because it is taking the old and the poor, those least able to fight it.

When you see which neighborhoods run red with the disease in our beloved New York City we know instinctively what is happening. The poor are unprotected, vulnerable, easy targets.

The sheer density of the population in these poor areas means the virus has done its worst there and will continue for a time.

After all what hope of social distancing if you are a recent emigrant in Queens or Brooklyn, New York jammed into some rack rent landlord’s tiny apartment with barely six feet of space to yourself, to begin with?

Back in 1918 in the previous pandemic, those occupying those rooming houses, where men literally shared beds were mowed down like grass in a meadow, Every day in working-class areas the horse and wagon circled and the undertaker called “Bring out your dead.”

The wagons no longer circle but America will still lose untold thousands to this virus.

The lines around the block at Elmhurst Hospital in Queens were heartbreaking to watch as the most vulnerable sought to be tested but often had to come back another day, then another day. One day last week, 13 died at that hospital alone.

For most of those emigrants, health insurance is an impossible dream, survival a heroic act every day, What chance did they have when pestilence, the name of the First Horseman of the Apocalypse called?

When I saw the lines outside Elmhurst Hospital I thought of the lines at the quarantine station in Canada when the Irish landed off the Famine boats. There was only a 150-bed hospital which was soon swamped. At one point in 1847, there were 40 ships stretching two miles down the Saint Laurence river waiting to discharge sick and dying. We will never know how many died

Yet somehow the survivors steeled themselves and came through.

As we will do too. New York City is down but not out. This is about hope, not fear -take Heaney’s advice “Noli Timere.”