No one compares to Sinéad O'Connor, new Showtime doc proves

Sinéad O'Connor was right about everything - the Catholic Church, the boys club music industry - the new Showtime documentary "Nothing Compares" proves. 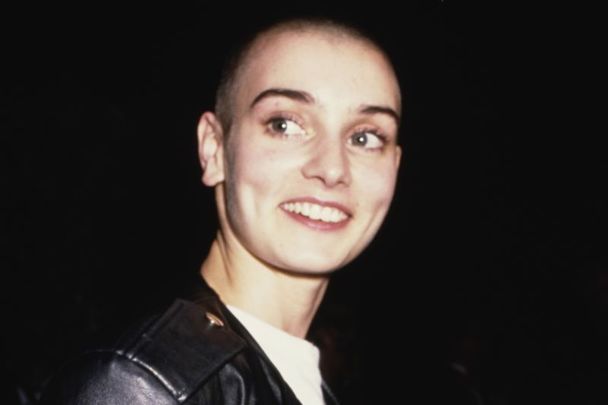 Sinéad O'Connor was so far ahead of her time that we're just now beginning to understand her true impact. Her meteoric career is the subject of director Kathryn Ferguson's extraordinary new Showtime documentary "Nothing Compares."

She was right - about everything - that's the first thing to say about Sinéad O'Connor, 55.

The second thing is that she's a once-in-a-lifetime performer. Her voice and her message were so startlingly strong that for years many people have consciously and unconsciously looked for ways to contain or dismiss the challenge she represented to Ireland and the world.

We are still learning how to become O'Connor's contemporaries, in other words. She was so raw, so loud, so far ahead of her time that when her worldwide superstardom hit - and she helped to define an era before spectacularly flaming out – we have may have missed who she really is and what she stands for.

We have heard all the prominent men tell her story, of course. O'Connor was a surly self-involved brat, she was “woke” before the term existed, she was insufferable and holier than thou, she was an ungrateful b-word, she had a borderline personality disorder and her epic downfall was all her own doing.

But none of this was true as "Nothing Compares," the powerful new Showtime documentary on O'Connor's life and career by director Kathryn Ferguson, convincingly reminds us.

The film sets out to rescue O'Connor from the myths that still surround her. First comes O'Connor's startling voice. There hasn't been a voice like it in pop since her 1987 debut. Perhaps only Amy Winehouse comes close in terms of sonic voltage, but I would argue O'Connor has had a wider and more lasting cultural impact, especially in Ireland.

Her story – and the inconsolable emotional wounds she seems to have carried through every decade of her life - started long before we could see it.

When she was growing up, every town in the Republic, big and small, had a statue of the Virgin Mary placed high on a pedestal somewhere everyone passing through could see it.

It was a powerful image of an unresolvable paradox or contradiction: the virgin mother. In the real world, you could be one or the other, but no one in history has managed to be both simultaneously, except her.

So it was clever of the church to hold Irish women to that extraordinary standard, because it set them up for failure from the start, although no one seemed to think this was very controversial when O'Connor was growing up in the 1970s and 1980s (O'Connor actually played the Virgin Mary in "The Butcher Boy" in 1997). 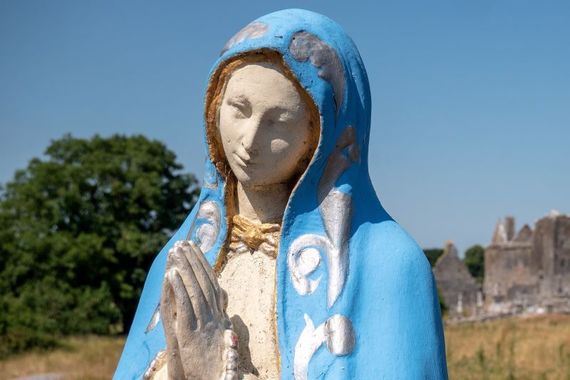 Instead, they thought she was the controversial one for pointing things like this out to other people. What gave her the right to question the ideas and attitudes of her own country or anyone else's, they asked? Who the hell did she think was?

Finding the answer to these questions has taken O'Connor – and of course behind that the Republic she grew up in and the abusive mother who shamed and neglected her – most of her life.

"Nothing Compares" takes a deep dive into O'Connor's fraught Irish childhood, the cruelty she experienced at the hands of her mother, the woman who should have nurtured her, and later her father's exasperation at her growing defiance.

As a teenager, O'Connor was eventually sent to a Catholic reformatory for young girls that still had elderly women from Magdalene Laundries living in the adjoining building.

“The whole of Ireland talks about those ladies now but I met them,” O'Connor narrates in the documentary. “I met them at their most vulnerable when they were crying out at night for some medical help that wouldn't come.”

When the nun in charge of O'Connor's case decided she wasn't cooperating fully, she would make the teenager sleep in the same room with the old Magdalene ladies, terrifying her and sending her a message that said mend your ways or this will be your future too.

O'Connor was placed in those rooms a lot. “The nuns convinced my father they could help me. They couldn't. They just shut the door and the problems were all compounded,” she says.

In America, critics still like to reassure themselves O'Connor's infamous Saturday Night Live appearance, where she tore up a picture of Pope John Paul II and said “fight the real enemy,” was simply O'Connor pursuing shock value.

But she had grown up in a near theocracy where women were sidelined when they were not being dismissed and their rights to contraception, divorce, and abortion were all subjected to public referendums and the whims of men.

So what O'Connor was actually doing, as she continually explained to a mostly un-listening audience at the time, was making some breathing space for herself in a world where the religion, the laws of men, and the violent threats of men (Frank Sinatra wanted to kick her ass, Joe Pesci wanted to smack her, grown men literally steamrolled her CD's on Fifth Avenue) all wanted to drown her out.

O'Connor had already seen what could happen to women who went quietly without protest in Ireland and she refused to become one of them. It was a fixed fight, though.

Even from the start of her career, she reminds us in the film, “The record labels wanted me with long hair and short skirts but I didn't want any man telling me what to do. I came from a patriarchal country and I was damned if I'd be doing that.”

Instead of growing her hair out, she shaved it off. Instead of the short skirts, they asked for she put on Doc Martens and a black leather jacket. Her image was in fact non-binary 30 years before that even had a name.

That growing defiance was seen on the cover of her first ever album, "The Lion and The Cobra". In the European cover, she is pictured screaming, but the US record companies insisted on a softer cover. Girls would not be permitted to get angry here just yet.

“Artists are channeling something,” she reminds us in the new film. “I had these songs inside me that had to come out.”

And what songs they were. You can't understand the transformative cultural shifts of the last decade of the 20th century in Ireland without reference to her electrifying songs.

O'Connor was the future moving through the present, she was like a living map toward a new and more modern Ireland. As soon as she appeared it was like she had been there always. But she paid a hard price for all her trailblazing, as trailblazers often do.

It seems extraordinary now that Bob Dylan fans were so divided in their response to her last big public performance at Madison Square Gardens in the early 1990s. Half the crowd cheered as the other half booed, making a loudly divided stadium sound that disarmed her as it was intended to.

That American audience hadn't seen the pain of her hard childhood, or the unforgettable and frightening lessons taught to her by Irish nuns, they couldn't see her heartbreak at being repeatedly mistreated by the most important person in her life, and they couldn't bear to listen to her searing personal witness that the system she had escaped in Ireland was rotten to its core and she had barely survived it at all.

What they saw instead was a single woman who courageously defied convention, usually alone, and they knew they had the cowards' advantage of much greater numbers. The fight was fixed from the start. 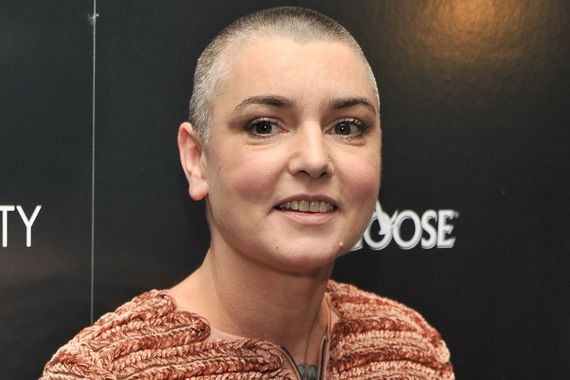 But here's the thing. She was right. Time proved it. The church abused children, it incarcerated women, it stigmatized gay people, leaving them all more vulnerable than before.

She was right that the music business was a boys club and that the press was one too, and any woman who dared to point any of this out, as well as all the racism that she saw all around her, was asking for trouble and that trouble soon found her.

What Ferguson's brilliant new film "Nothing Compares" gets so right is that back then in the early 90s, O'Connor was usually a lone voice of compassion and justice that many people – mostly but not only men – wanted to silence. But she shines on. Brighter now than before and we are only just beginning to fully appreciate it.

"Nothing Compares" will be available on demand on September 30.