Northern Ireland to COVID: "Come on in"

"Our story in the making", the lessons of 100 years of Northern Ireland are as stark as can be. 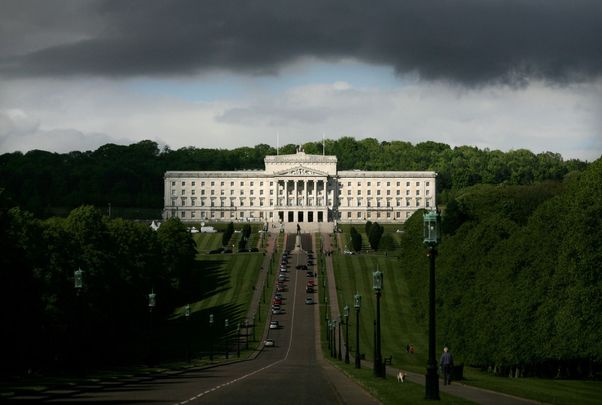 Next year will be the 100-year centenary of the foundation of Northern Ireland. The U.K. government plans to spend £3 million sterling on as yet unspecified “events” to mark it. But they might as well just set the money on fire.

“Our Story in the Making: NI Beyond 100,” is the title of this whistling past graveyards enterprise, and the first question is of course who is this “our story” referring to? Whose story will this be? And whose story will it not be?

Recall that the 50th anniversary of Northern Ireland was celebrated in 1971, under the slogan “Ulster 71 – Come and Join the Fun.” Imagine reading that over your corn flakes back then and snorting at the risible nonsense.

The “fun” that year was The Troubles erupting and the introduction of internment, where 342 people were arrested without charge and taken to sinister makeshift camps where they were interrogated so brutally that many never recovered from the psychological ordeal (the British government later withheld the details of the torture techniques they had used on Irish Catholics from the European Court of Human Rights investigation in 1978).

Loyalist paramilitaries were not included in the internment sweeps of 1971 so they didn't “join the fun.” Instead, they continued their violent campaigns unimpeded as the British government looked the other way.

Amid all the growing violence of the period, 7,000 nationalists fled or were forced out of their homes that year. Fun?

There is a famous story in the BBC archives from 1974 where the besuited chief executive of the Northern Ireland Tourist Board valiantly does his best to sell the benefits of Belfast, as behind him the streets are full of checkpoints and menacing British soldiers.

“Come and visit sunny Beirut,” he might as well have entreated us. “Apart from the lethal ongoing sectarian war, it's really lovely here.”

#OTD 1974: The chief executive of the Northern Ireland Tourist Board did his best to sell the benefits of Belfast https://t.co/sZuIKRs3wu

Truly, the only consistent feature of Northern Ireland's existence, decade after decade, has been its tragic, continual failure. As it slouches toward 100 years it faces epochal challenges from within and without, from Brexit to Covid, all of which it will certainly make worse, because its current leadership habitually choose ideology over common sense.

This week, a rampant new strain of COVID is raging through southern England, where it transmits itself about 70 percent more effectively than the original strain. That means it's infecting people more efficiently and carries a much higher viral load.

Ireland and Europe have responded to this new threat by closing all incoming arrivals from the U.K. The last thing they need is to hold the door open for a newly effective strain of the virus. That seems self-evident to most impartial observers, does it not?

Not to Ulster unionism it doesn't. Like the fable of the scorpion and the frog in reverse, when asked to choose between ideology and their own well being the unionist default is always to press the f*** it button.  “We will have no divergence from the U.K.,” they repeatedly say, even if that divergence means avoiding a growing pandemic that will needlessly costs lives. 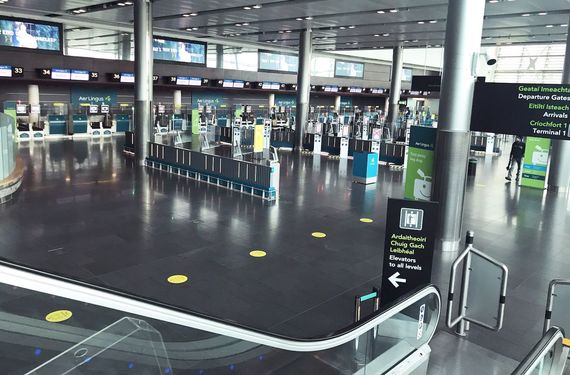 On Monday Robin Swann, the Ulster Unionist Party’s minister of health said it was “unfortunate” that the Irish government took the decision on a travel ban from the U.K. without any “interaction or a heads up” to the Northern Ireland Executive.

This was the same Northern Ireland Executive that voted not to restrict travel from and to the U.K. at an emergency meeting the night before.  Swann was talking out of both sides of his mouth, in other words.

Four of the main Northern Ireland parties wanted to introduce a travel ban, but not the Democratic Unionist Party. They decided to hold the doors open in Belfast and Larne, making it much more likely that the new strand of Covid will reach the Republic this week.

So the lessons of 100 years of Northern Ireland are as stark as can be.  Whenever ideology trumps common sense, as it usually does there, misery follows. 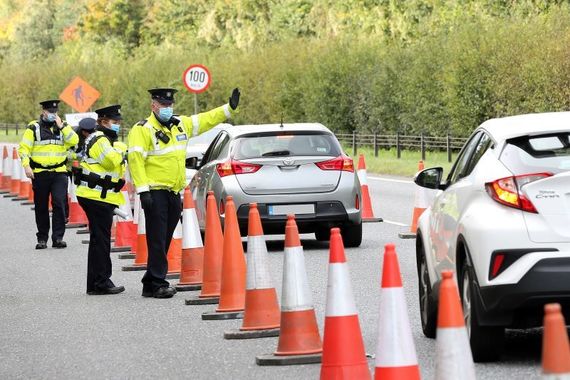 The question they had to answer this week was would you rather be British and leave the door open to this pestilence in concert with the other island, or achieve consensus on your own island and bolt the door to a raging pandemic?

The answer from unionism is what it always is: flags, identity, and let the chips fall where they may. It's Christmas week and I'd like to start on a cheerier note, but we are where we are and it's probably better to admit it.

Twice this year unionism was asked to acknowledge the reality on their own island, and twice this year they voted to embrace the health disaster from another island, with consequences for both.

Northern Ireland habitually keeps telling us this destructive identity over common sense story and in doing so, just like the scorpion and the frog, it may be sealing its fate.