Plans for a tunnel between Northern Ireland and Scotland being explored

A team at Heriot-Watt University in Edinburgh, Scotland is exploring the possibility of a "submerged floating tube bridge" between Northern Ireland and Scotland. 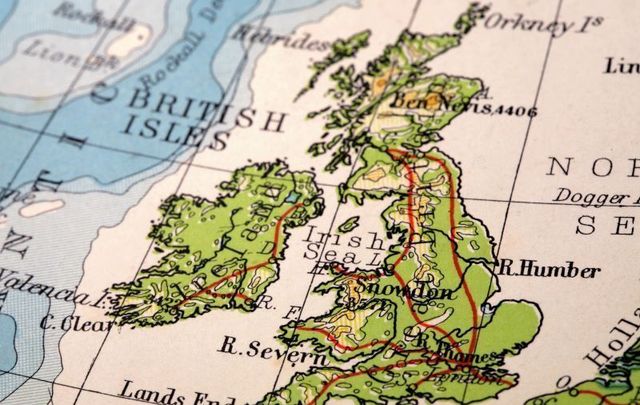 The proposed tunnel would sit 50m under the surface of the sea. Getty Images

Plans are reportedly being explored by a team in Edinburgh regarding a floating tunnel to link Northern Ireland and Scotland.

Eoin MacDonald, a member of the team based at Heriot-Watt University in Edinburgh, told The Times: "From an engineering perspective, an SFTB [submerged floating tube bridge] as a concept is very exciting.

"It is entirely feasible that this technology could be used to cross the Irish Sea.

"From our research, it has the potential to completely transform how long-distance sea crossings are tackled."

According to The Times, the proposed tube would be situated 50m (164 ft) below the surface. Cars could drive through or park on a shuttle train, which designers say would be safer. They further noted that this would cut the nearly three-hour ferry journey down to just 40 minutes.

In November, UK Prime Minister Boris Johnson launched a "review to boost connections across the UK," which will in part explore "the cost, practicality, and demand for a new fixed link between Great Britain and Northern Ireland."

Upon the launch, Johnson said: “The UK is the greatest political partnership the world has ever seen and we need transport links between our nations that are as strong as our historic bonds.”

Sir Peter Hendy, the chairman of Network Rail, is set to carry out the independent review which will reportedly consider the SFTB.

In November, he told The Daily Telegraph: “If you look at the distance between Northern Ireland and Scotland it is actually no further than the Channel Tunnel.

“I said to Boris [Johnson], I am not going to get any further than finding out whether it is feasible, how long it will take, and how much it might cost."

Earlier this year, Prime Minister Johnson seemed to abandon his original desire for a bridge between Northern Ireland and Scotland and shifted towards a tunnel, according to Scotland's Secretary of State Alister Jack.

Jack, who said he “very keen” on a tunnel link, told The Times in March that he and Johnson are “on exactly the same page” regarding an underwater crossing.

Johnson has been supportive of a link between Northern Ireland and Great Britain for some time now. In 2019, he remarked: “[I was talking yesterday] about building a bridge from Stranraer in Scotland to Larne in Northern Ireland - that would be very good.”

In 2018, when he was still UK secretary of state, Johnson told The Sunday Times: "What we need to do is build a bridge between our islands. Why don't we? Why don't we?

However, plans for a bridge across the Irish Sea have been met with some skepticism. Some have raised concerns about Beaufort's Dyke, where WWII munitions were dumped, while others have slammed plans for a proposed bridge as a "vanity project" and a "fantasy."