Leaked British government documents show that research into the feasibility of a bridge between Northern Ireland and Scotland has begun. 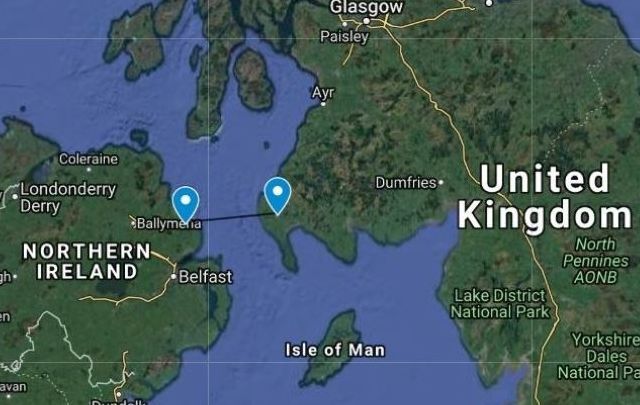 Boris Johnson has directed government agencies to explore the feasibility of a bridge between Northern Ireland and Scotland. Google Maps

Leaked government documents show that authorities are researching the possibility of a bridge between Stranraer and Larne.

A bridge between Northern Ireland and Scotland is reportedly being seriously explored by British governmental agencies under the direction of Prime Minister Boris Johnson.

UK’s Channel 4 reported on September 10 that leaked documents show that Britain's Department of Treasury and Department of Transport have been tasked with exploratory reports about a bridge across the Irish Sea.

Channel 4 reports that Johnson is keen to determine “where this money could come from,” as well as “the risks around the project” which could potentially include “WW2 munitions in the Irish Sea.”

Following conversations between Secretary of State Chris Grayling and the Democratic Unionist Party (DUP), the Department of Transport produced a “factual paper on the subject.”

The DUP, the Northern Irish political party led by Arlene Foster that is currently propping up Johnson’s conservative Parliament, supports plans for a bridge and believes it could be the answer to the Brexit impasse.

“During the leadership, campaign candidates spoke about a number of issues which resulted in Number 10 commissions ahead of a new Prime Minister taking over. This PM has made no secret of his support for infrastructure projects that increase connectivity for people and particularly those that strengthen the Union.”

Two days after Channel 4 exclusively reported on the government’s plans to explore new infrastructure, Sky News reported that the Prime Minister said: “[I was talking yesterday] about building a bridge from Stranraer in Scotland to Larne in Northern Ireland - that would be very good.”

Last year, before he became Prime Minister in the wake of Theresa May’s resignation, Johnson, then the secretary of state for the UK, told The Sunday Times: "What we need to do is build a bridge between our islands. Why don't we? Why don't we?”

You can watch Channel 4's report about the bridge here:

Do you support the idea of a bridge between Northern Ireland and Scotland? Let us know in the comments