North did not follow England down the rabbit hole of Brexit

Credit where it's due, the voters in the North did not follow England down the rabbit hole of Brexit. 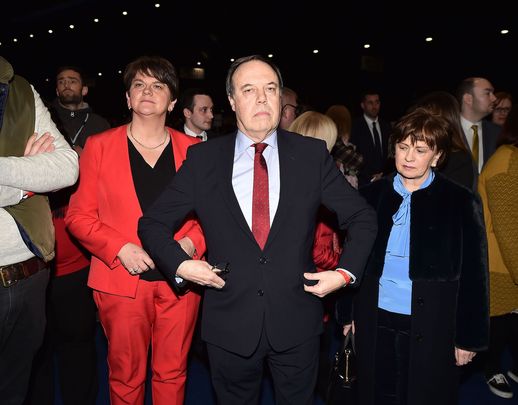 Credit where it's due, the voters in the North did not follow England down the rabbit hole of Brexit.

They resisted every jingoistic appeal, they kept their heads and their own counsel and they delivered what is arguably the soberest and transformative election in the history of the place.

That's worth a victory lap. 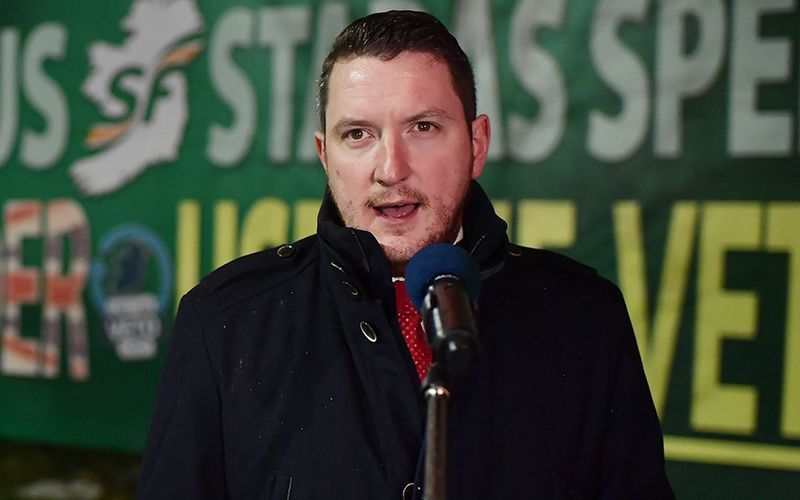 For the first time ever the Democratic Unionist Party (DUP) playbook (wherein every election is an election on retaining the union with Britain) dramatically faltered because it can not go any further than it does.

What, voters asked them, about the union with Europe and what about the border with Ireland?

The DUP had no answer for that because until now they have never needed one. So they saw themselves sidelined by their own hands. Their old appeals no longer worked like they used to. That's very big news.

Parties that don't take the DUP's hardline on the union and that promote continued European Union membership fared well even as the combined nationalist vote consolidated its impact in historic victories. If ever you needed proof about the future direction of the North and that Brexit as an issue simply does not resonate there, here it was.

In England, former prime minister Tony Blair is not a beloved figure on the left but he was correct about what would happen there. A general election before Brexit was decided would be an elephant trap for Labour he warned and so it proved. The party was routed as it has not been since the 1930s, as English voters abandoned it in favor of the bright and sparkly chimera of Empire 2.0 that their hearts somehow believe in.

Just as reality can never compete with dreams, just as desire always surpasses its fulfillment, Brexit is a kind of political magic beans that means whatever is most advantageous to the politicians pushing it. 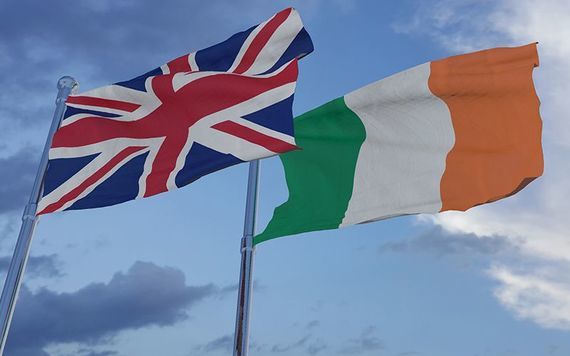 The Union Jack flying high next to the Irish tricolor.

The NHS can't compete against a bag full of magic beans, neither can the unemployment rate or housing prices or any other pressingly real political question and so it proved.

Brexit reminds us that the power of a good story will always supplant the demands of everyday life. Because if we have learned anything about Brexit it is that it is a kind of storytime for grown-ups who ought to know better.

It is a dream of restoration and global relevancy that no one, not even the Eton and Oxford-educated top hat-wearing British Empire cosplayers can actually deliver. But everyone in power now is still pretending that they can deliver it and for now that creaking dumbshow is all that matters to them.

The North didn't buy into that pipe dream then and it isn't buying into it now, however. They're not bewitched, bothered or be-Brexited by this English nationalist fever dream. 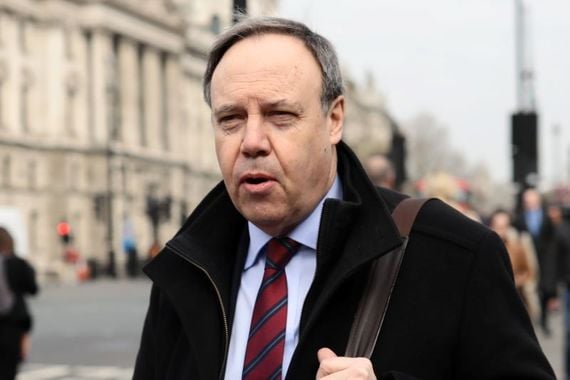 Having endured a decades-long war was cold water to the face, having to contend with threats of a return to a hard border and the misery that entails was more still, the voters there remembered that when it comes to politics it does no good to let your heart overrule your head.

The fact that the North's most transformative election result, Belfast North, was announced in the Titanic Belfast center was inspired if unintentionally comic staging.

The seat, which has remained exclusively in unionist hands for nigh on 150 years and which was once held by Edward Carson the arguable father of Northern Ireland itself, was won for the first time by Sinn Fein candidate John Finucane.

On the night DUP deputy party leader Nigel Dodds, who had held the seat for 20 years, looked thunderstruck. Party leader Arlene Foster groused that Finucane had not been gracious in victory. Grapes were being served sour.

The epic scale of the DUP's political miscalculations was being laid bare for the world to see and so it's no wonder that frowns were predominant on the night. Socially, politically and electorally they were being reduced to also-rans.

It does your heart good to see it, to be honest. Brexit is such an omnishambles, such a consuming fireball of aggressive nonsense and pipe dreams, that it actually makes the basket case politics of the North look sober by comparison now. With England presently devouring itself in an undeclared civil war the North had no option but to step back and resist the consuming flames.

On the night Foster groused, rather sinisterly, that the election results were the result of a “pan-nationalist front.” That locution refuses to see the greater damage that was inflicted by the DUP's own hand.

Members of the DUP party with its leader Arlene Foster in the reception of Stormont.

They began their campaign season by meeting with and sharing the stage with prominent loyalists. Social changes like marriage equality and abortion access were introduced over their heads. They released their usual hyperventilating ads that the union was under threat. They pursued their usual five fire alarm agenda but discovered large swathes of their own electorate have decided they represent the past.

Irrelevant to changes on the ground and overshadowed by changes in the relationship with Ireland and Europe they were outmaneuvered and outplayed.

The DUP may not believe in dinosaurs but this election cycle proved they well on the way to becoming them.