Scottish feelings are running high after an election that was a resounding victory for the party that wants independence. 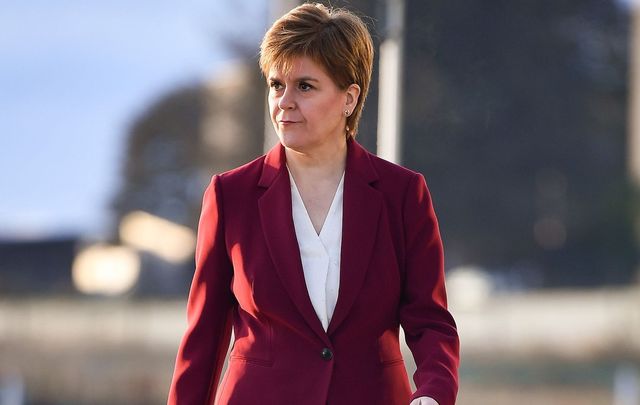 Scottish feelings are running high after an election that was a resounding victory for the party that wants independence.

“Scotland cannot be imprisoned in the UK against its will.” Scottish Nationalist Party leader Nicola Sturgeon has stated in a strong warning to the new British government.

A leading member of that government, Michael Gove, stated that it would be at least five years before his government would allow Scots to vote on an independence referendum.

The new government also faces calls for an Irish unity referendum, after the majority of Northern Irish seats in Westminster were won by Irish nationalists.

The SNP took 47 out of the 59 seats in Scotland with the Tories winning only six in a defiant expression of Scottish nationalism.

Sturgeon warned that support for Scottish independence would only grow if Boris Johnson denied them a vote.

“It really is such a subversion of democracy that you’re talking to the leader of the party that overwhelmingly won the election [in Scotland], and I’m under pressure to say what I’m doing because the mandate that I won is not going to be honored by the party that got roundly defeated in Scotland. It is just such perversion and subversion of democracy that it will not hold.”

Scottish voters had “rejected the Tories, said no to Brexit she said. it’s not for me to decide that question, it’s not for Boris Johnson to decide, it’s for the people of Scotland.”

Sturgeon said: “The risk for the Conservatives here is that the more they try to block the will of the Scottish people, the more utter contempt they show for Scottish democracy, the more they are going to increase support for independence.”

Do you believe that the Scottish people will move for independence in the coming years? Let us know your thoughts in below.