So the die is cast. After Boris Johnson's landslide victory Britain will be leaving the EU at the end of January. 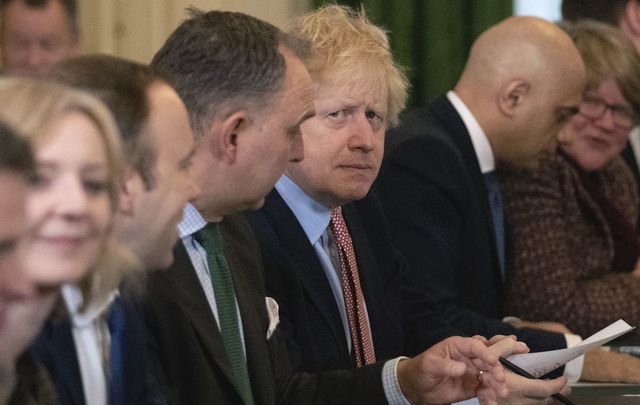 So the die is cast. After Boris Johnson's landslide victory in last week's general election in the U.K., Britain will be leaving the EU at the end of January.

Between now and then Johnson will put his withdrawal agreement to a vote in the House of Commons, and with his 80-seat majority, there will be no repeat of the last three and a half years of failure.  It will pass and Britain will be out.

The U.K. will then enter the transition period during which nothing much will change while its future relationship with the EU is negotiated.  The most important part of that will be trade, access to markets and so on.

The transition phase is set to end a year from now in December 2020, and if no trade agreement is reached by then the U.K. could still crash out with no deal which would be a disaster for Ireland.  It's not likely but it is possible.  So we're not completely out of the woods yet.

Concluding a comprehensive trade deal in just one year will be a tall order (it took the EU six or seven years to agree trade deals with Canada and Japan, for example).  But Johnson remains confident and insists he will not ask for an extension of the transition period (it was on that basis the Brexit Party gave him almost a free run in the election which was a big factor in his victory).

If the trade talks run into serious difficulty and progress is slow, then Johnson could well seek an extension despite the promise he made to the Brexit Party.  He won't want to do that because as long as the U.K. is in transition it will continue to pay into the EU and be bound by EU rules, etc.  But he won't want to crash out either because that would be very bad for the U.K. economy.

From Ireland's point of view, it's vital that a trade deal is struck.  A no-deal crash out by the U.K. would mean Ireland (and the rest of the EU) trading with the U.K. under WTO rules and our exports to Britain, especially in the agri-food sector, facing heavy tariffs.   So we are likely to be as helpful as possible to the U.K. in the negotiations.

It's still all to play for but from our perspective, the Johnson victory at least brings some clarity to the situation and we can prepare for what lies ahead.

So last week marked two gains for Ireland.  Firstly, the possibility of an immediate U.K. crash out has been avoided, with any luck the transition talks will drag on, Johnson or the EU will seek a lengthy extension, in the meantime, no economic damage will be done to us and eventually, there will be a deal we can bear.

Secondly, the possibility of a return of the land border in Ireland has been removed, something that would have been disastrous for Ireland (and for the taoiseach with an election on the way here early next year).

A sidebar to the main story was Northern Ireland where the election produced some notable results.  Much has been made of the Democratic Unionist Party (DUP) leader in the House of Commons Nigel Dodds losing his North Belfast seat to Sinn Fein's John Finucane.   It was quite a victory in a constituency that has been unionist forever.

But it overshadowed the fact that both the DUP and Sinn Fein were down in the overall vote across the North, with the moderate nationalist SDLP party making a comeback by taking two seats and the cross-community Alliance Party also gaining a seat.  The message from the people of the North was clear -- they want Sinn Fein and the DUP to end their posturing and get the Stormont devolved government working again without delay.

The other sidebar story was the triumph of the Scottish National Party (SNP) in Scotland where they took almost all the seats Scotland has at Westminster and are now demanding another referendum on Scottish independence.  Johnson has already said no since they had a "once in a generation referendum" in 2014.  Conservatives have been pointing out that the SNP would be better employed sorting out the many economic and social problems that Scotland still has despite the massive transfer of funds every year from the south to their devolved parliament.
The SNP performance has prompted renewed speculation about the possible break-up of the U.K., and that has given a boost to the campaign from Sinn Fein for a border poll here.  Added to that is the fact that in this election more nationalists were voted into Westminster than unionists for the first time.

But whatever about Scotland breaking away, the issue is far more complex here since it would require endorsement by a vote in the south and the financial implications are even more daunting.

Apart from the North and Scotland, the most striking aspect of this U.K. election was the way the Conservatives swept the board across the north of England and the Midlands, taking seats that have been Labour for decades.  They won seats in depressed former mining towns and they even took Tony Blair's old seat.

After nine years of Tory government and austerity due to the financial crash this election should have been a cakewalk for Labour, especially in these areas that have been deprived and forgotten.  But it turned into a disaster for them.

A big factor was that many of these areas had voted to leave the EU in the 2016 referendum and felt that Labour was now ignoring their decision and sitting on the fence.  But that was not the only reason they changed the habit of a lifetime and voted Conservative.

Equally important was the far left election platform put forward by Labour -- widespread nationalization, massive tax increases and state borrowing, and ridiculous promises like free high-speed broadband for everyone in the country.

The far-left coterie in the metropolitan south around the Labour leader Jeremy Corbyn may have relished this radical platform to shift the U.K. towards a socialist utopia.  But the traditional Labour voters in the north, working-class, practical people, saw it as incredible.

They didn't want the UK to go bankrupt or turn into Venezuela.   They simply didn't believe in the dour Corbyn so they voted for Johnson who at least was talking sense and had personality and humor -- and was going to take the U.K. out of the EU as they wanted.

If you look back over the past 50 years and more, every prime minister in the U.K. has been in the center, either center-left (like Tony Blair) or center-right (like John Major).   Apart from the young radicals with Trotskyite leanings, most people in the U.K. (including traditional Labour supporters) are moderate in their views, centrist in their politics and believe in the free market, with state support in health, education, and welfare.  The lurch to the far left under Corbyn was a terrible miscalculation and has cost Labour dearly.

It will take the party a decade or more to recover if it ever does.  Already Johnson has made it clear that he intends his One Nation Conservatism to be moderate and caring and to bring the country together.

In particular, he has pledged to help those areas in the north of England where the traditional Labour supporters switched to give him their votes.  He intends to do everything possible to hold on to that support in the next election five years from now, thereby permanently changing the way people in the old Labour heartlands think and vote.  We'll see if he succeeds but it would be a mistake to underestimate him.

One major decision now lies ahead for Johnson, and it's one of the critical importance for Ireland.  He has to decide pretty quickly whether he is going to stick with the hardline Brexit he adopted to undermine Theresa May, or whether he tacks back towards the center and goes for a softer Brexit that keeps the U.K. closer to the EU but will diminish the ability to do global trade deals.

It's far from certain whether Johnson is ideologically committed one way or the other.  Above all, he is a pragmatist.   And with his 80 seat majority, he can ignore the DUP (which had May in handcuffs), the ERG (the Brexit radicals in his own party) and anyone else who tries to lean on him.

He is likely to do what is sensible, moderate and good for the UK.  Above all, he will do what will get him a second term as prime minister in five years!

If that means staying close to the EU Customs Union then that is what he will do.  And the more his friend Leo can persuade him in that direction, the better it will be for us.