Irish American’s decision, post-Putin interview, proves you can take the journalist out of Fox News, but you can’t take Fox News out of the journalist. 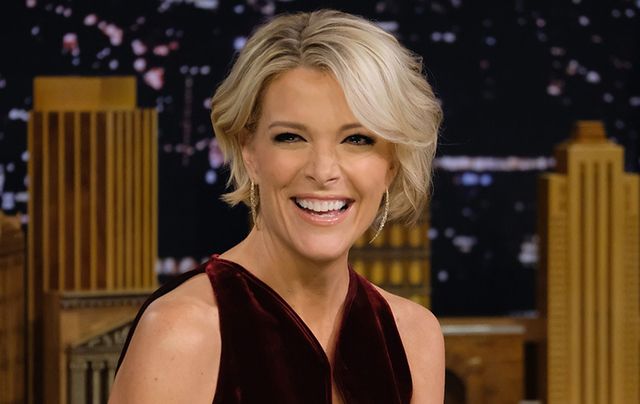 Megyn Kelly's – and behind that NBC’s – decision to give a national platform to fringe conspiracy theory kook Alex Jones proves you can take the journalist out of Fox News, but you can’t take Fox News out of the journalist.

Who is Jones? He’s the “broadcaster” who claimed, repeatedly, that the 26 children and adults killed at Sandy Hook in Connecticut were participants in a monstrous hoax created by the federal government to take away your guns.

Read that again until your grasp its grotesque cruelty.

Jones claimed, without a shred of supporting evidence, that it was the U.S. government who created the tragic slaughter in Connecticut as a rationale for the gun grab his supporters fear is imminent.

Not only that, but each time Jones is interviewed by a major news outlet, the bereaved parents of Sandy Hook are subjected to a renewed campaign of hate mail from his deluded listeners.

Having had their lives upended by the inexpressible grief of losing a child, the parents are then – thanks to this unspeakable cretin – subjected to vicious taunts, intimidation and even death threats.

Because this is what it looks like when you shine light on #AlexJones - they don't go away. They double down @megynkelly . #SandyHook pic.twitter.com/GjeBVpC6HR

In a further twist of the knife this ghastly pantomime will be broadcast on Father’s Day. Kelly will give Jones a national platform to rub salt in a wound that can never heal.

In @megynkelly 's America, cruelty gets u on national TV on Father's Day. #SandyHook grieving dads will go to the cemetery. #thisisnotnormal

Jones is a new kind of conservative media star. One who has decided that if objective reality does not comport with his views that he will craft a new reality that does. This makes for his uniquely cynical blend of fact and fiction.

Jones has prospered by correctly identifying that in this new internet age truth and lies are of much less importance than a confirmation bias. His listeners already want to believe what he tells them. His work is done before he even starts.

Jones' method was recently under the microscope in a bruising custody battle with his ex-wife Kelly Jones over their three children. Kelly Jones’ argument for custody was her that ex-husband’s unhinged conspiracy theories demonstrate how unstable he is.

The court agreed and awarded her the right to decide where the children live.

During the trial however Jones’ lawyer, Randall Wilhite claimed that Jones’ theorizing is simply an act. “He’s playing a character,” Wilhite said. “He is a performance artist.”

Tell that to parents who are subjected to real life death threats every time he is asked by a journalist to explain why he refuses to believe that a massacre occurred in Connecticut.

In Kelly’s interview, which is scheduled to be broadcast by NBC on Sunday, Jones reportedly dodges her question about Sandy Hook with bland non-sequiturs. Called upon to defend the indefensible he simply looks the other way and she allows him to. She is as alive to news as entertainment as is her toxic subject, critics say.

Meanwhile Donald Trump calls Jones his favorite journalist. Being an Obama birth certificate truther himself, it’s not a stretch to see why. Trump has even gone so far as to give one of Jones' Info Wars “reporters” a seat in the White House press room.

After her toothless interview with Russian première Vladimir Putin was universally panned last week her follow up with Jones is already being criticized for giving a national platform – and hence legitimacy – to an internet troll who should have been left under the bridges only frequented by the alt-right.

It’s said that there is no such thing as bad publicity, but this week Megyn Kelly and NBC are about to demonstrate there are significant exceptions to this longstanding rule. Giving Jones a national platform is giving him legitimacy. Both Kelly and NBC should know better.